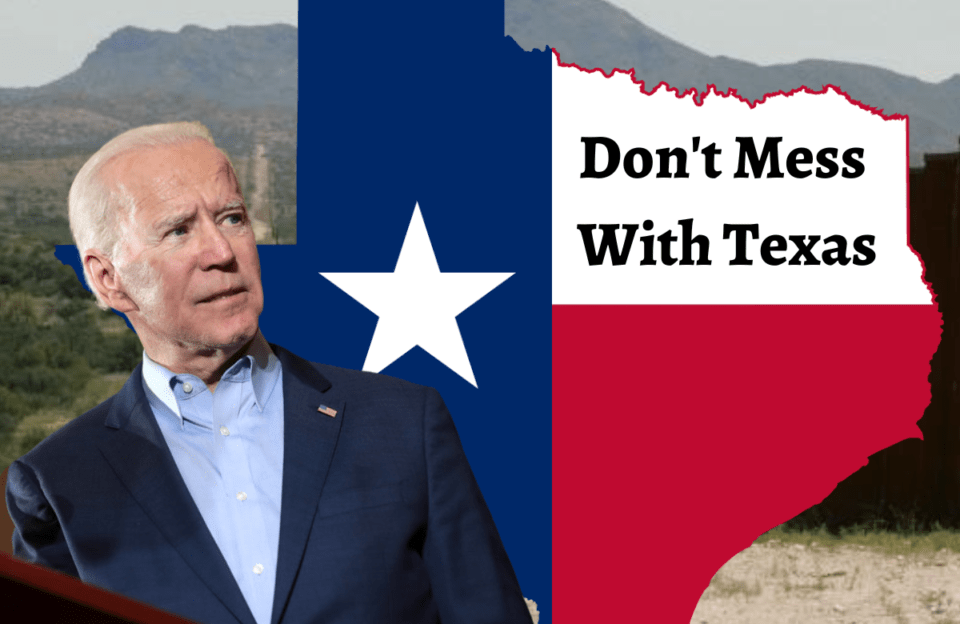 It is likely the U.S. Supreme Court will rule this month in the case of Biden v. Texas. Texas sued President Biden for terminating President Trump’s “Remain in Mexico Policy;” legally known as Migrant Protection Protocols, (“MPP”).  While the case centers on whether Biden’s repeal followed the Administrative Procedure Act, (“APA”), the unasked constitutional concern is whether Biden will obey a Supreme Court order to reinstate the policy and return certain noncitizens to Mexico until their immigration hearings can be scheduled.

Two lower court decisions ruled against Biden holding his termination decision violated the APA and immigration law. President Biden has ignored the court orders to implement the MPP without consequence other than Republicans complaining about it on cable talk programs.

Since the court is without enforcement authority and Congress is generally unable to take on the Executive, the simple answer may be there will be no political consequence to Biden until the 2024 election. But what about the many Americans injured by the millions of illegal immigrants trespassing on farms causing damage to land and animals, and the assaults and even murders of Americans, not to mention the costs of migrant care imposed on hundreds of small towns?

A similar situation occurred in 1832 when President Andrew Jackson was outraged over a Supreme Court decision striking down a Georgia law regulating the entry of white people on Native American lands. Jackson stated, “John Marshall has made the decision; now let him enforce it.” Jackson viewed the Supreme Court’s decision as interfering with his Executive power to remove Indians from their land. Jackson’s contempt for the rule of law eventually led to the horrifying Trail of Tears.

An open southern border seems to be as crucial to President Biden as acquiring Indian lands was to President Jackson. What happens if the Supreme Court orders the Biden administration to enforce the MPP policy and Biden tells the court, “You made the decision; now you enforce it?”

There are very few workable options to make Biden enforce the law.

Congress could appropriate hundreds of billions of dollars to detain the millions of illegal immigrants until their asylum dates. Is it unlikely that Congress would appropriate such amounts since the Biden administration has refused to complete the most straightforward task, building the border wall.

A Republican House of Representatives in 2023 could impeach Biden; however, it is unlikely the Senate will have 67 votes to convict him. Besides being a footnote in history, the impeachment will not result in any serious border enforcement.

Congress could cut off funds to the Department of Homeland Security (“DHS”). Still, Biden would veto such an effort, and it is unlikely that Congress can override the President’s veto.

Conversely, one House of Congress could refuse to appropriate any funds for DHS operations. This situation is unlikely since it would eliminate all border protection.

A real politick option would be for one House of Congress to refuse to provide any funding for an agency desperately desired by Biden’s allies, such as the Department of Education. Withholding these funds might bring the Biden administration to the negotiating table to ensure his most significant contributor, the teachers union, continues its control over American education. It is unlikely, however; that the Republicans have the courage to enter such a high-stakes negotiation.

A more practical option might be for citizens injured by the administration’s actions to seek compensation under section 1985 (c) of the Civil Rights Act of 1871. They would allege that the president and the Border Patrol conspired to act illegally and such conduct deprived them of their right to equal protection of the law.

Federal immigration law requires the President and the Border Patrol to prevent persons and goods from illegally entering the U.S. and harming the nation’s security. Since the start of the Biden administration, citizens have complained of the harm caused by its failure to secure the border, a violation of Biden’s constitutional duty to  “Take Care” that the laws be faithfully executed.

The federal government’s defenses of sovereign immunity, (the government can do no wrong), and that it operates as one entity so there cannot be a conspiracy, usually prevail. In the civil rights context, the situation is different when the government deprives citizens of their constitutional rights. Simply, the courts have recognized some limits on the immunity given to government corruption.

In a civil rights context, “… when execution of a government’s policy or custom,” is an official policy that inflicts an injury, the government is liable for the harm. If Biden refuses to obey the court’s order, and the Border Patrol follows Biden’s illegal orders the two entities are conspiring to violate U.S. policy.  The conspiracy deprives those harmed of their right to the equal protection of the law; e.g., intentionally allowing into the U.S. drug dealers, sex traffickers, and terrorists who harm Americans.

For far too long, citizens have lacked remedies when injured by the joint illegal conduct of the Executive and the agencies following illegal government orders. Other examples help illustrate this point: the IRS  targeting the tax returns of conservative groups and the FBI filing false FISA applications to spy on citizens.

The general remedy of injunctive relief is usually a day late and of no compensatory value. Federal apologies for violating the civil rights of citizens are cheap. Seeking monetary damages under the Civil Rights laws against the federal agencies that intentionally implement illegal government policy may be the best mechanism for citizens to uncover the scope of any unlawful activity and be compensated for their injury.

Know Why Developers Are Focusing On Developer-Centric CRM