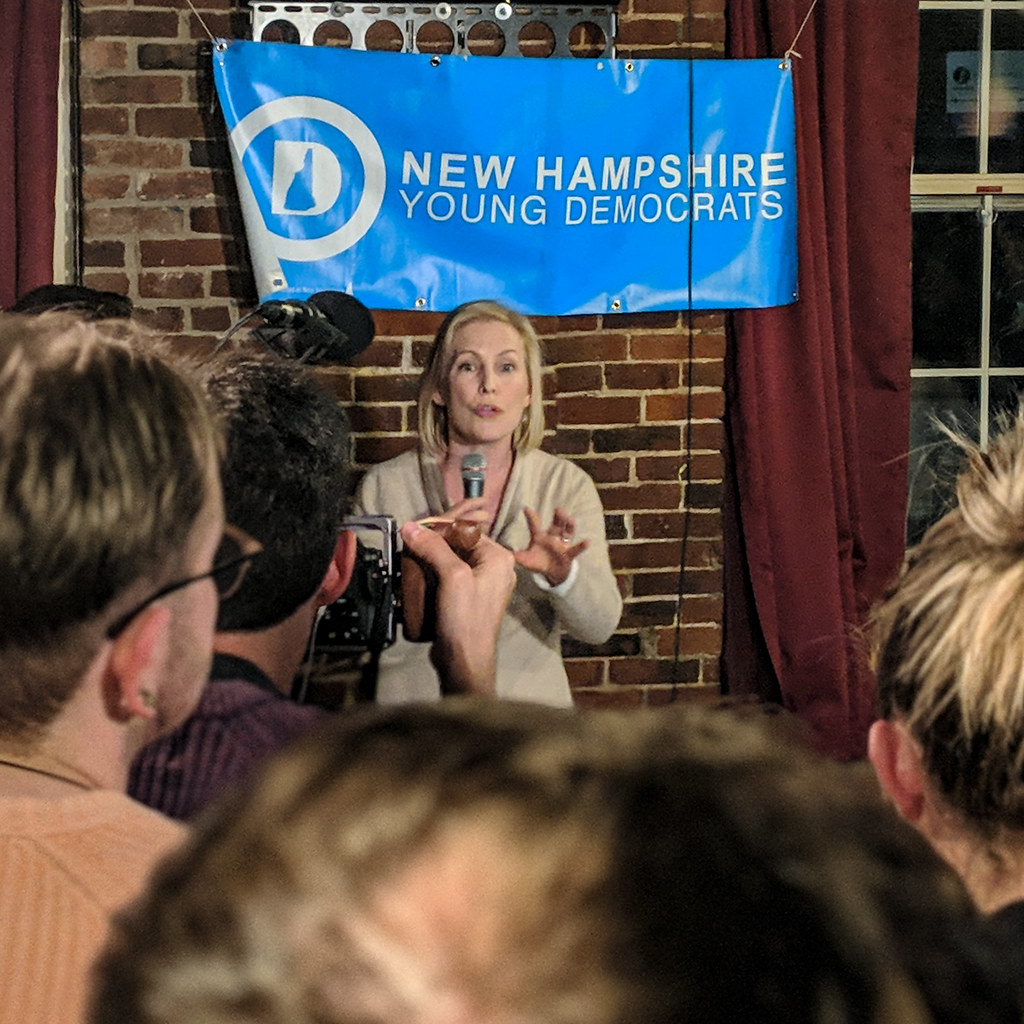 Next week, the Democratic candidates for President of the United States are taking the stage for the first time to find their challenger to President Trump. With a total of 24 declared candidates, 20 of them qualified to take their message on stage.

While it may seem as if having more candidates to choose from would make voters excited about their potential nominee, some local state leaders say Democratic candidates offer little solutions and more puffery.

Rich Valdes, host of “This Is America” podcast for 77 WABC radio based in New York said, “We’re going to see more of the same ideas that we see coming from Rep. [Alexandria Ocasio-Cortez] and more anti-American rhetoric that is rooted in the communist manifesto.” Valdes further explained by saying the debates next week are “a debate to determine which of them can raise taxes more than the next, in order to give away more ‘free’ stuff in their pathetic attempts to bribe voters.”

Alexandria Ocasio-Cortez, a rising star in the Democratic party who won her congressional seat running as a Socialist Democrat, recently called for a pay raise in Congressional salaries. Her proposal caused a national backlash in which U.S. Senator Mitch McConnell (KY-R) said he will not consider it for a vote.

Currently, members of Congress receive $174,000 a year in salary with benefits including free airport parking, an on-site gym membership, up to 239 days off, subsidized healthcare benefits, a retirement plan, free flights, death benefits, and $1.2 – $3.3 million in allowances.

For 2020, North Carolina continues to be a key battleground state offering a pathway to the White House. In 2016, President Trump defeated Hillary Clinton 49.8% to 46.2%, handing Trump 15 important electoral votes. North Carolina leaders also do not expect much substance in the upcoming debate.

“I hope everyone watches, and I mean everyone. I believe that the debates will bring moderates over to the Republican side,” said Kyshia Lineberger, a key political figure in Mecklenburg County and frontrunner for RNC National Committeewoman.  “In my opinion, the Dems are going too far left for every day, hardworking Americans.”

On June 19th, House Democrats held a congressional hearing on the potential reparations over slavery. Congressman Mike Johnson (LA-R) stated, “the injustice of monetary reparations from current taxpayers for the sins of a small subset of Americans from many generations ago.” Majority Leader Mitch McConnell has already stated that the U.S. Senate will not vote on reparations.

Todd McKinley and Jeff Scott both have their sights set on the upcoming battle for Congress.

Jeff Scott is a Libertarian candidate running in a special election for North Carolina’s 9th Congressional District after voter discrepancies were found in 2018 general election. When asked about the upcoming debate, Scott said, “My expectations are low. I expect a big apology for the Russiagate hysteria over the past two-and-a-half years.” Scott continued, “The Democratic Party harmonization with the intelligence community and joint forms of narrative control are going to cause a lot of damage to our country.

Todd McKinley is a potential Republican candidate for Tennessee’s 1st Congressional District. “I’ll have my bucket of popcorn. I can’t wait to watch gaffe-prone Low Energy Joe blow his third Presidential run since his first plagiarized attempt in ’88,” he said. McKinley, who recently announced a 2020 fundraising campaign. added, “I say tune in to a two-night reality show where the contestants live in anything but reality.”

The Democratic debates are going to be interesting as the nation watches, waiting for the opportunity to vote for their candidates. Whether America is ready for a socialist President is in the hands of the voters, but many state leaders don’t believe we are. Although it is just 2019, this debate marks the kick-off of the 2020 election with the Iowa caucus right around the corner.

The debates will take place over two nights: