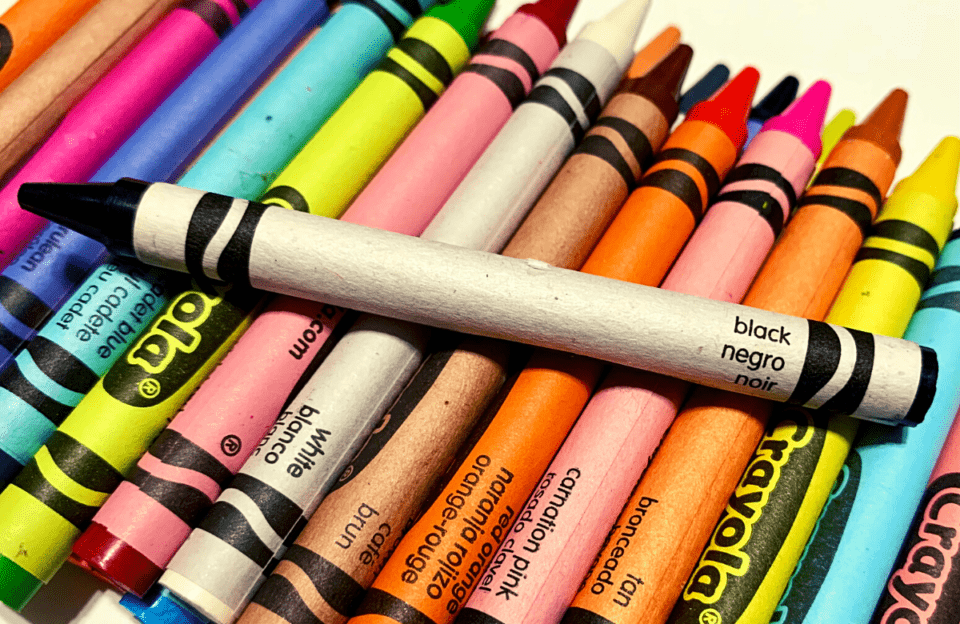 Twitter users are going loco over Crayola’s refusal to remove ‘negro’ from the translations on its black Crayon.

what is this???? @Crayola we’ve moved on from saying this kind of stuff man pic.twitter.com/ASCld8UPu6

@Crayola this is disgusting and unacceptable I have half a mind to get my lawyers involved. pic.twitter.com/4iS6HoJqwR

There was even a petition started on Change.org in support of trying to get Crayola to remove ‘negro’ from its black Crayon.

How tone deaf have American social justice warriors become when they now can’t distinguish between legitimate examples of racism within society and the Spanish language?

Negro translates to black in Spanish. It’s not derogatory or offensive to say the color black. This behavior is a prime example of when outrage crosses with ignorance. According to languagemagazine.com, as of 2019, Spanish is spoken by 580 million people worldwide, which makes up 7.6% of the world’s total population. Langauagemagazne.com also reported that the language is studied by almost 22 million people in 110 countries and is the third most used language on the internet.

Crayola is a global company and makes crayons for people around the world, not just English speakers. The company even joined in the conversation on Twitter in an attempt to enlighten the outraged SJWs.

“With Crayola products sold in more than 80 countries and packaged in 12 different languages, Crayola is very much a global company. The word “negro” appears along with the words “black” and “noir” because it is the literal Spanish translation of the word black,” Crayola tweeted.

With Crayola products sold in more than 80 countries and packaged in 12 different languages, Crayola is very much a global company. The word “negro” appears along with the words “black” and “noir” because it is the literal Spanish translation of the word black.

This outrage is based on nothing but pure ignorance of the Spanish language and the culture of the people around the world who speak it. It should also be said that it appears racist and exclusionary to want to remove a word from a product just because a group of people are enraged by a language they don’t understand. It is ironic that someone on the political left would scream about the need for inclusion and diversity in American society and then in the same breath say that the Spanish word for black should be removed from a crayon because it looks like the N-word.

There is a saying that leftists care about every form of  diversity except for diversity of thought.  However, this should serve as proof that they really couldn’t care less about any form of diversity and only want to use talk of these things to attempt to win over the votes of minorities every election cycle.

If SJW’s gave a crap about multiculturalism, you’d think they would spend more time learning basic cultural differences instead of claiming a language is racist just because it is similar to a derogatory word.

My message to all Spanish-speaking people in America is simple. If the same folks who claim to care about your background want to remove your native tongue from a crayon, don’t think for one minute that they care about you, the interests of your community, or your well-being.

As a freedom-loving American, it is my conviction that multiculturism is part of what makes this country great and unique among all the other nations of the world. Attempting to censor an individual’s language for any reason is wrong and not in line with the values of a country that was founded on the ideas of individualism and free speech, much less on the basis of ignorance and false assumption of bigotry.

There seems to be no sign that Crayola will bow to the “woke” mob anytime soon, which is good news.

Perhaps those offended that Spanish will not be taken off of Crayola’s ‘negro’ Crayon would be a lot better off if they would spend a little more time being culturally informed instead of showing the blackness in their own hearts toward a group of people whose language they do not understand.

If education doesn’t triumph over blind ignorance and hatred, we will have soon have much darker things to contend with than the word for a color on the back of a Crayon.