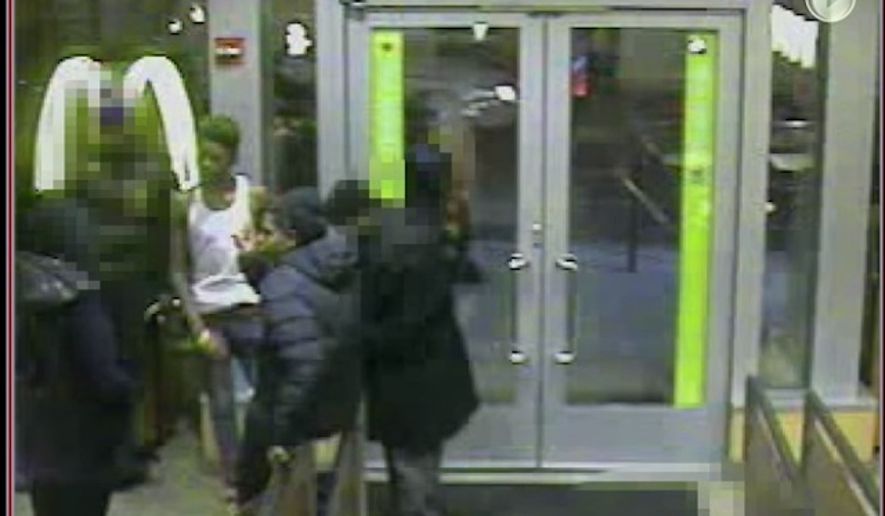 Video has been released of the brutal assault and robbery of decorated marine, Chris Marquez, at a McDonald’s in Washington D.C.

“I remember this group of teens harassing me while I was eating, they surrounded my table and kept on asking me ‘Do you believe black lives matter?’” Marquez told reporters.

As reported on The Daily Caller:

Marquez is now recovering from his injuries. The police have not arrested any suspects in connection with the assault. The police report also describes an altercation before the assault in which the group of teens called him a racist.

“I believe this was a hate crime and I was targeted because of my skin color,” Marquez told The Daily Caller News Foundation. “Like all Marines, I fought for the freedom of all Americans and not just one particular group.”

Trump Lies, Supported Going Into Iraq in 2000, Before Bush Even Took Office