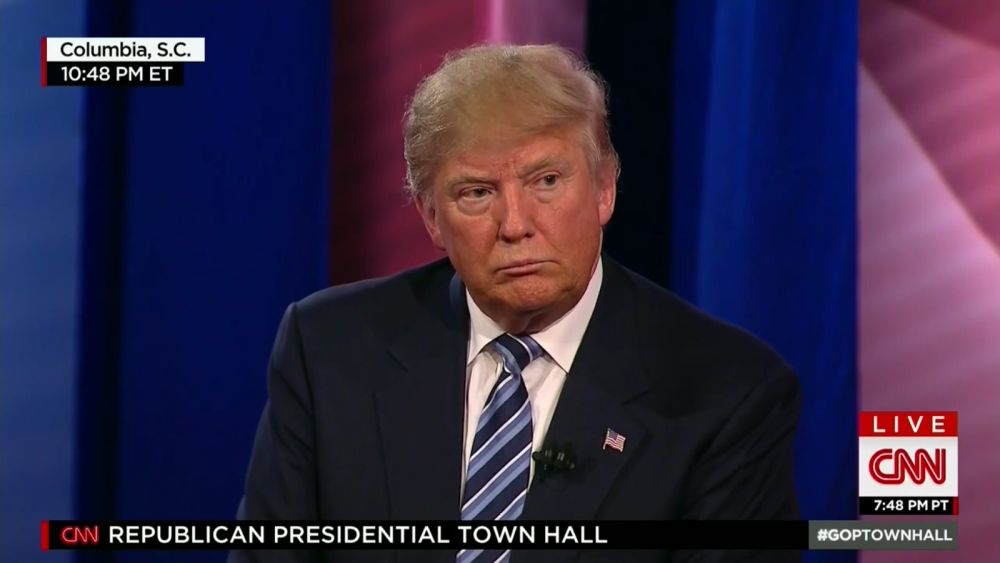 Donald Trump has made his unrecorded opposition to the Iraq War one of the corner stones of his foreign policy. Time and time again, Trump has stated that he is the only candidate on the Republican side that opposed to Iraq War; even going as far to say President Bush and his administration lied to the American people about the presence of weapons of mass destruction to sell the war.

It’s a line of reasoning that has received cheers from libertarians who opposed the Iraq War. Unfortunately, it isn’t true.

Out of all the major press outfits covering this race, it took Buzzfeed to actually go back and read through Trump’s own writings. It turns out, Trump was promoting the idea that Saddam has WMD’s and that the U.S. should use military force to dispose him in 2000.

Trump likes to claim Bush lied to get us into a war he opposed, but here is Trump in his own book saying that exact thing before George W. Bush even took office!

A detailed search by BuzzFeed News in September (and other news organization in recent days) did not produce evidence at all Trump opposed the war before the March 2003 start.

The week the war started Trump was quoted as saying it was turning into a “mess” but also said the war would positively impact the stock market, causing it “to go up like a rocket.”

Similarly his 2000 book, The America We Deserve Trump noted Iraq was developing weapons of mass destruction and targeted Iraq strikes had little impact on their overall capabilities. The Donald said the best course might be against Iraq to “carry the mission to its conclusion.”

Consider Iraq. After each pounding from U.S . warplanes, Iraq has dusted itself off and gone right back to work developing a nuclear arsenal. Six years of tough talk and U.S. fireworks in Baghdad have done little to slow Iraq’s crash program to become a nuclear power. They’ve got missiles capable of flying nine hundred kilometers—more than enough to reach Tel Aviv. They’ve got enriched uranium. All they need is the material for nuclear fission to complete the job, and, according to the Rumsfeld report, we don’t even know for sure if they’ve laid their hands on that yet. That’s what our last aerial assault on Iraq in 1999 was about. Saddam Hussein wouldn’t let UN weapons inspectors examine certain sites where that material might be stored. The result when our bombing was over? We still don’t know what Iraq is up to or whether it has the material to build nuclear weapons. I’m no warmonger. But the fact is, if we decide a strike against Iraq is necessary, it is madness not to carry the mission to its conclusion. When we don’t, we have the worst of all worlds: Iraq remains a threat, and now has more incentive than ever to attack us.

In August 2004 Trump turned loud and vocally against the war in an interview with Esquire, more than a year after it started and it was clear after the initial successes an insurgency was developing.

Then is 2002, months before the war would kickoff, Trump told Howard Stern on air that he supported invading Iraq. Here is the audio.

Here’s video of Trump alleging that George Bush lied to America by saying exactly what he wrote in his book:

And again, maintaining he always opposed the war:

Trump was asked about this during last night’s Town Hall event on CNN. Here is how he reacted: