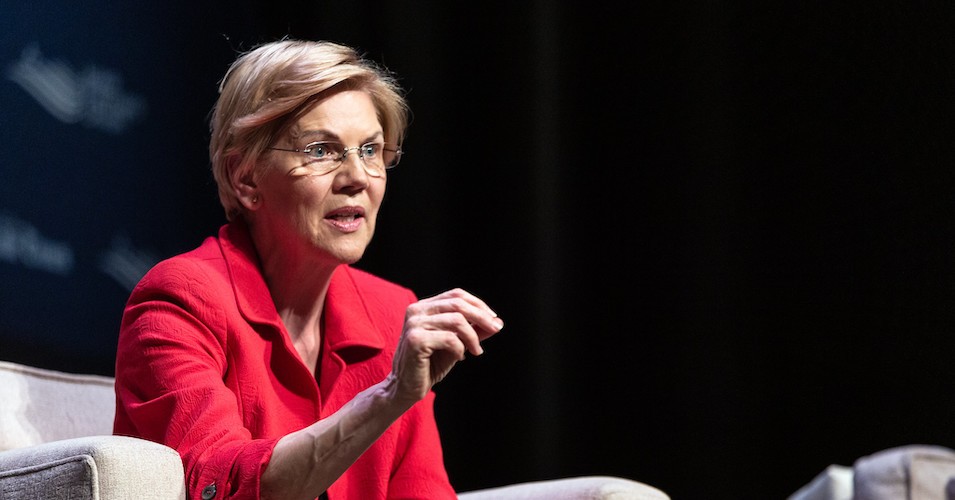 A billionaire bashed 2020 presidential candidate Sen. Elizabeth Warren over her critiques of wealthy Americans, saying she is “shitting on” the American dream.

The Massachusetts senator has demonstrated that she does not need wealthy donors or corporations to back her campaign, according to Politico. Warren has $26 million tucked away and has used corporate attacks on her as marketing through social media, the publication reports.

“I don’t assume all these people would go to Trump. Plenty of them think there is much more at stake than just narrow industry interests or tax rates,” a hedge fund executive who spoke under the condition of anonymity told Politico. “There are a bunch of financial people that at the end of the day, if she’s the candidate, they will still support her. They won’t raise money for her because they can’t. But they will still support her because of what the alternative is.”

“What is wrong with billionaires? You can become a billionaire by developing products and services that people will pay for,” Cooperman told Politico. Cooperman formerly served as a Goldman Sachs executive and is currently CEO of the investment firm Omega Advisors. He predicts that there will be a 25 percent market drop if Warren becomes president.

“I believe in a progressive income tax and the rich paying more,” Cooperman added. “But this is the fucking American dream she is shitting on.”

Warren ramped up her talk against Wall Street in the last Democratic debate, saying that she will no longer be taking money from any tech or Wall Street executives.

“If we are going to talk about Wall Street and having some serious regulation over Wall Street, we should ask if people are funding their campaigns by taking money from those executives,” Warren said, a dig at the Wall Street fundraisers of both Biden and Buttigieg, according to Politico.

“‘Ninety-seven percent of the people I know in my world are really, really fearful of her,” billionaire Michael Novogratz told Bloomberg. “It’s a little carried away.”

Warren’s campaign did not respond to a request for comment.

Forced Equality Has a History of Genocidal Results