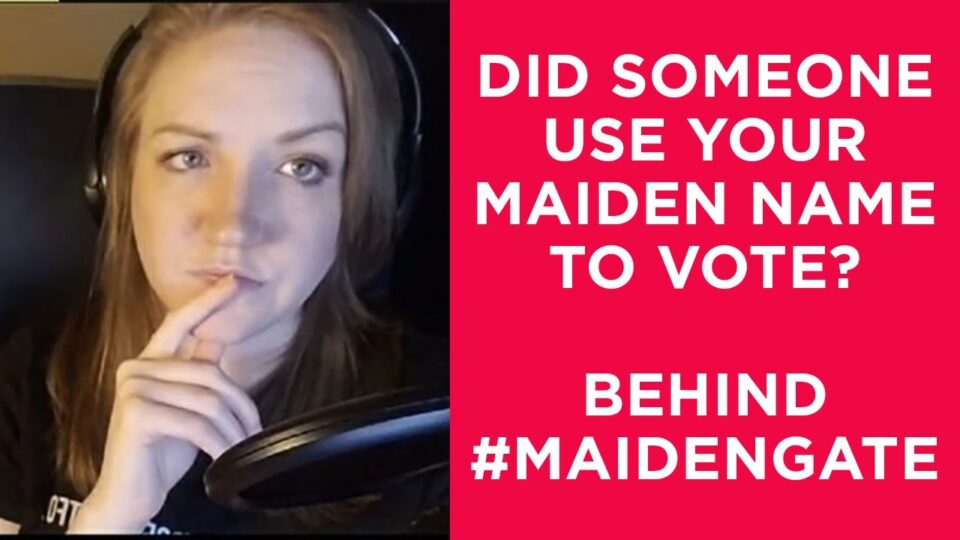 The hashtag #Maidengate trended on Twitter from the late hours of Monday and throughout the day on Tuesday. The trend was started by a woman named Lauren who goes by “L” under the handle @SomeBitchIKnow who has now been suspended from Twitter. She can be followed at the same handle on Parler.

According to ‘L’, her mom’s vote was stolen in Michigan. 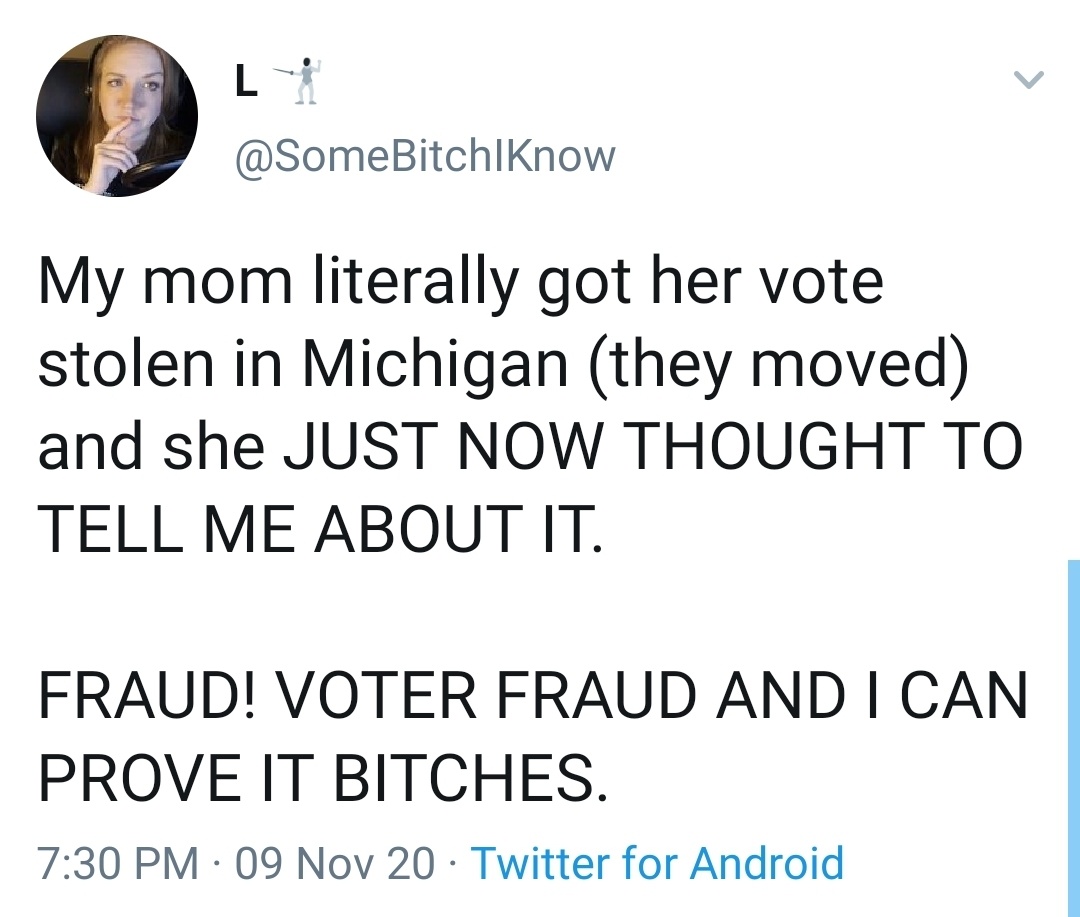 She states that her mom lived in Michigan under a hyphenated name after getting married. Eventually, she dropped the hyphen and exclusively took her spouse’s last name. They moved out of Michigan entirely about two election cycles ago, but ‘L’ is stating that Michigan did not purge the voter rolls, and a ballot was cast under her mother’s previous hyphenated name which had not been purged from Michigan’s voter rolls.

‘L”s mother states that she received text messages from Michigan from an entity called Supermajority on November 3rd inquiring if she was going to go vote. ‘L”s mother ignored those text messages. When all of the potential voter fraud surfaced, she became suspicious and alerted ‘L’, who checked Michigan’s voter registration site and found that a ballot was cast under the previous hyphenated name in her previous state of Michigan.

Of course, this is a claim without any proof offered to the public. However L’s claim was not one of claiming a widespread conspiracy, but rather asking people who have gone by previous names or moved out of state to double check the rolls and see if a ballot was illegally cast on their behalf. 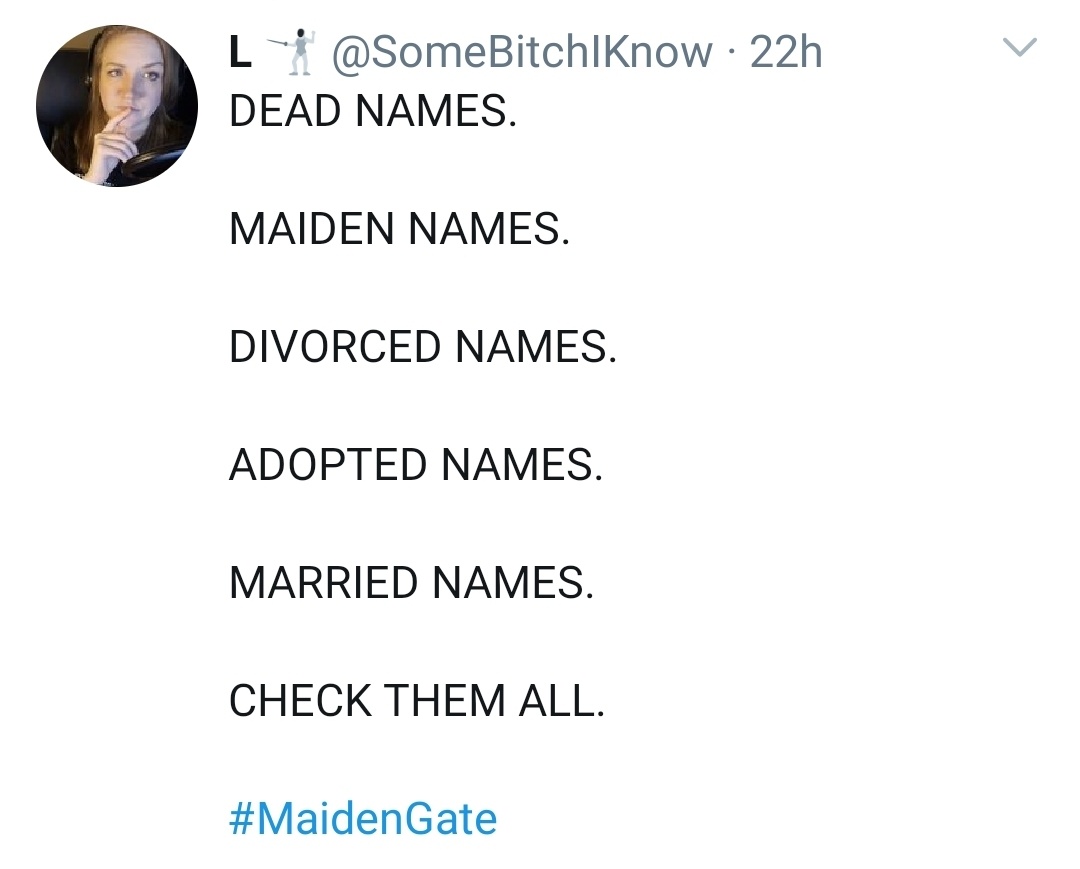 ‘L’ set up an email address for people to contact her so she can vet and verify. According to ‘L’, she has received numerous reports.

Is #Maidengate real? The scenario is certainly plausible, as there have been lawsuits surrounding the purging of outdated voter rolls. And it is unlikely any due diligence is being done in verifying the voter rolls in an election cycle with a much larger number of mail-in ballots due to Covid-19. Are outdated rolls being exploited? It seems likely that if it can happen, it probably has. The question is, how widespread is it? It does appear to be a way to exploit the vote on a relatively large scale. I suppose only time will tell. Either way, it is an extreme vulnerability that needs to be addressed.

Watch an analysis from one of ‘L”s followers below: