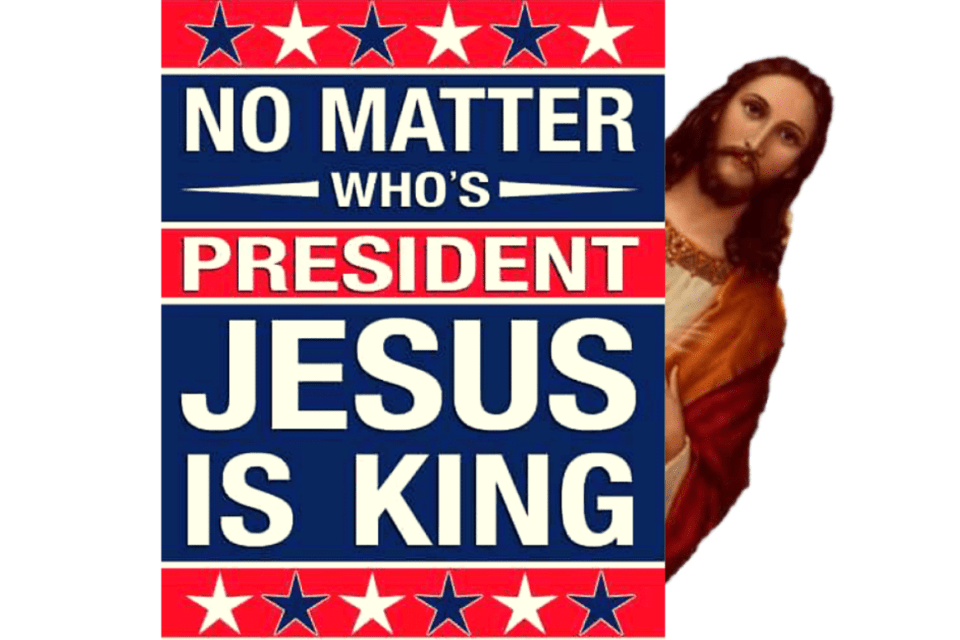 “God is in control.”

“It doesn’t matter who is president because Jesus is King!”

As a Christian who has been heavily involved in the political sphere for many years, I find myself deeply disturbed by these phrases.

Have you ever stopped and pondered the words that come out of your mouth and others’ during the times we struggle in this world? Is God truly in control of the affairs of this world—or is there something more that  Christians are missing?

While I understand that many followers of Christ may mean well when they say phrases like, “God is in control”, the reality of the matter is phrases such as this are not only untrue, but theologically lazy as well as immoral. They create an attitude of apathy in the hearts of individuals concerning the fate of this planet. This frame of mind, if allowed to mature, will give birth to all sorts of morally repugnant theology.

God is not the perpetrator of evil, nor does He even allow it. He never did, nor does He now. To imply that God is in control of all things in this world would mean that He at least allows evil—or worse, causes evil as some part of a divine scheme. I realize some of you just read those words and thought I must have never even read the Bible, because what about all that violent stuff in the Old Testament that the writers say God did, right? Many Christians do not realize that the Old Testament writers believed that Satan was the left hand of God who dealt out fiery wrath, judgment, and condemnation. This can most famously be seen in the Old Testament story of Job, which many modern-day Christians misinterpret through centuries of misguided teaching.

When Jesus came to earth, he taught that Satan is purely evil and does not operate under the guidance or allowance of God, who is a good Father to His core. Satan is the enemy of God as Christ said in Luke 10:18, “While you were ministering, I watched Satan topple until he fell suddenly from heaven like lightning to the ground.” (TPT)  (For more evidence that Satan the author of all evil, see John 8:44,  Hebrews 2:14, and 1 John 2:16)

Richard K. Murray, the author of the book, God Versus Evil: Sculpting An Epic Theology of God’s Heroic Goodness, states it beautifully when he says, “Any evil that is comes from the free wills of angels or men. The misuse of free wills of angels or men, that’s what Augustine believed that’s what the church fathers believed, they did not blame evil on God. They did not say God soveriginly commanded evil events or even destructive events. They instead used something called the rule of character and the rule of character is that no matter what the Bible literally says about God’s judgment or God sending evil, it has to be reinterpreted by the love and nature of Jesus.”

In political application, if government grows due to our allowance of tyrannical elected officials either through our approval or apathy, we can’t turn around and think that God caused or allowed this as some sort of punishment, or that He allowed for tyranny to come to America. That is entirely on us as American Christians.

That is not to say that God will not hear our prayers or that He will not divinely intervene at times to correct our screwups because He will. But God will not do for us what He has given us as believers the power and authority to do in Him. Jesus said to his disciples in  John 14:12-14 (AMPC),

I assure you, most solemnly I tell you, if anyone steadfastly believes in Me, he will himself be able to do the things that I do; and he will do even greater things than these because I go to the Father.

13 And I will do [I Myself will grant] whatever you ask in My Name [as [a]presenting all that I Am], so that the Father may be glorified and extolled in (through) the Son.

14 [Yes] I will grant [I Myself will do for you] whatever you shall ask in My Name [as [b]presenting all that I Am].

We must not forget that as it was in the Book of Genesis, God gave humanity dominion over this world that never changed from the beginning until now. The only thing that has changed is that He sent Jesus to destroy the barrier of sin that humanity placed between ourselves and God.

Followers of Jesus Christ are the literal hands and feet of Christ; it is high time we put away this demonically-guided theology of apathy and stop blaming God when evil spreads. It is time that we understand that it is our responsibility to purge the evil from this world with the direction and guidance of God so that Jesus’ prayer in the Garden of Gethsemane will be a reality, “on Earth as it is in Heaven”. We must stand against all evil in this world. We must stand against evil in all its forms. We must stand against tyrants who seek to kill, steal, and destroy in the spirit of Satan.

We can and we must rid the world of evil, and not allow those who wish to turn this world into hell to have their way. Jesus said in Luke 4:18-19 (CSB)

18 The Spirit of the Lord is on me, because he has anointed me to preach good news to the poor. He has sent me to proclaim release to the captives and recovery of sight to the blind, to set free the oppressed, 19 to proclaim the year of the Lord’s favor.

We must follow His example and prevail against evil. If we do not, someone else will. The choice is ours. Will we work with Him? Or allow the consequences of apathy to take root?