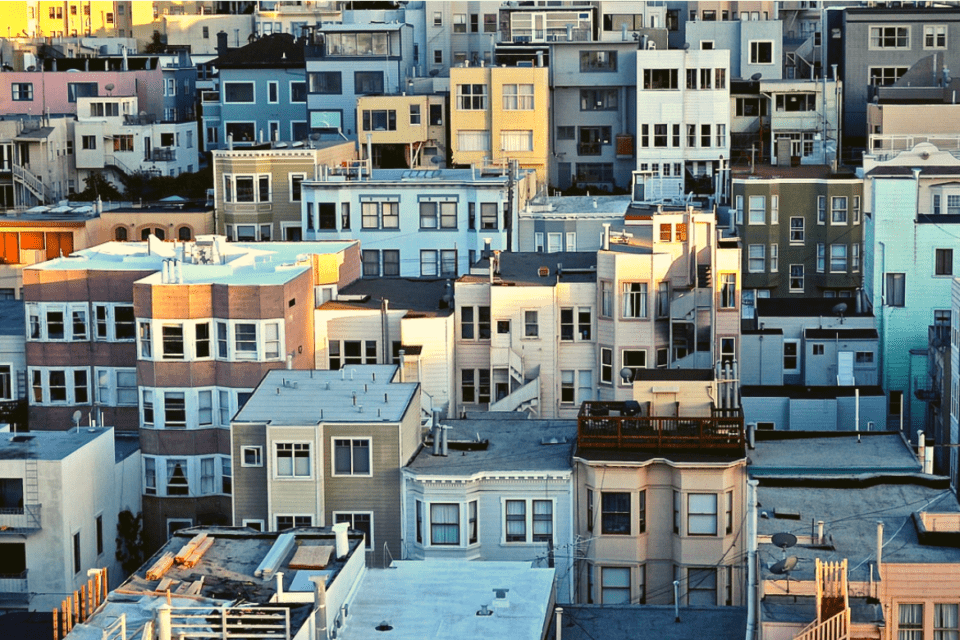 Generally speaking, housing prices have increased dramatically in the United States. This has obviously varied depending on the state or locality one lives in. For example, even when you adjust for inflation, housing prices in California have grown immensely in the past few decades. Other states, such as Texas, have experienced lower housing prices than California, even when thousands are immigrating to the state.

So what is the cause of the disparity? Why do some states and cities have unaffordable housing, while others do not?

It (mostly) has to do with government housing policy and how local governments respond to housing. There are several policies that lead to unaffordable housing, such as rent control and zoning laws. Lets go over each of these factors that lead to higher prices and the empirical research behind it.

Rent control acts as a price control for housing. It has been used as a method to slow down the increase in rent. Local governments are usually the ones who implement such policies, but sometimes state governments do it as well. The idea is that the rate in which rent increases from year to to year will slow down and create affordable housing for low income people.

So what are the real world effects of such a policy? Does it work as intended? Or does it lead to housing shortages?

The overwhelming research and evidence points to the latter. Rent control and price controls in the housing market do not work and lead to housing shortages.

There have been many studies and meta analyses on the topic, and economists generally tend to be have a negative view on rent control.

One 2019 study, which looked at a 1994 rent control law in San Francisco and its effects. The study concluded that the rent control law lowered the supply of housing and caused developers to shift to building housing for higher income people:

“In the long run, landlords’ substitution toward owner-occupied and newly constructed rental housing not only lowered the supply of rental housing in the city, but also shifted the city’s housing supply toward less affordable types of housing that likely cater to the tastes of higher income individuals.Ultimately, these endogenous shifts in the housing supply likely drove up citywide rents, damaging housing affordability for future renters, and counteracting the stated claims of the law.”

This is one common effect of rent control. Developers look to build housing which is more profitable, or they redevelop existing housing to offices or luxury apartments. This lowers the supply of housing for middle or low income earners, which leads to higher rates of homelessness.

A literature review from the NMHC looked at several studies from 1972 to 2017 that studied the effects on rent control. From the 30 studies that it looked at, it concluded that there were 7 common negative effects from the data that was studied.

1. Rent control and rent stabilization policies do a poor job at targeting benefits. While some low-income families do benefit from rent control, so, too, do higher-income households. There are more efficient and effective ways to provide assistance to lower-income individuals and families who have trouble finding housing they can afford.

2. Residents of rent-controlled units move less often than do residents of uncontrolled housing units, which can mean that rent control causes renters to continue to live in

3. Rent-controlled buildings potentially can suffer from deterioration or lack of investment, but the risk is minimized when there are effective local requirements and/or incentives for building maintenance and improvements.

4. Rent control and rent stabilization laws lead to a reduction in the available supply of rental housing in a community, particularly through the conversion to ownership of controlled buildings.

5. Rent control policies can hold rents of controlled units at lower levels but not under all circumstances.

6. Rent control policies generally lead to higher rents in the uncontrolled market, with rents sometimes substantially higher than would be expected without rent control.

7. There are significant fiscal costs associated with implementing a rent control program.

Another review of research conducted by economist Blair Jenkins looked into several studies on the effects of rent and found clear negative effects from the policy.

Interestingly, there has been research on the effects of rent decontrol, which is the repeal of rent control laws. In Cambridge, Massachusetts, the local government removed rent control and deregulated. The effects were interesting. One study showed that the deregulation led to lower crime.

Overall, the effect of rent control is abundant and clear. It decreases investment in new housing, the supply of housing, and causes a misallocation of resources.

Zoning laws, also known as land-use regulations, is a policy local governments use for urban planning. Local governments zone out areas for residential or industrial development. Zoning laws originated in America during in the early 20th century in Los Angeles and New York.

Some of the original zoning ordinances even had racist intent. Local governments would use zoning and land-use regulations to segregate black households from white households. The effects of these laws can still been seen today.

Zoning laws can have other negative effects, such as driving up housing prices and increasing homelessness. This can be attributed to cities not zoning enough residential areas which lowers the growth rate of supply. When supply can’t meet demand, prices rise.

A study from the National Bureau of Economic Research looks at Manhattan and several other housing markets and presents evidence that land-use regulations are a leading cause in driving up housing prices.

“For the median Manhattan condominium in our sample, the regulatory tax amounts to well over half of the total price of the unit.19 Even for a condo from the 25th percentile of the price distribution, the tax makes up just over 40 percent of the $339/ft2 total cost. For cooperative units, the measured tax is smaller on average, but still is economically significant. It is $182/ft2 at the mean, which amounts to 48 percent of average coop value in Manhattan. Thus, some type of regulatory constraints in the housing market appears to be responsible for at least 50 percent of overall unit value for the mean owned apartment.”

The burden of the regulations and zoning laws increases prices and leads to unaffordable housing. This can be corroborated with other research papers.

Another study looks at density regulation in various housing markets and finds that these laws and regulations inflate prices.

“Empirical evidence supports the theory on zoning’s origins and allows zoning to endogenously affect housing markets. The results of both this technique and simple OLS regressions suggest that roughly 20% of the variation in metropolitan housing growth can be explained through density regulations, and this result is remarkably robust to an alternative measurements and assumptions about other land regulations. The results further show that anti-density regulation inflates prices in the face of demand shocks.”

Furthermore, a study from the University of Washington looked at specific land-use regulations in 250 American Cities and their effects.

These studies are consistent with the theory that zoning laws and land-use regulations reduce the supply of housing, hence driving up prices.

The simple fix that governments need to do is deregulate the housing sector and allow supply to meet demand in urban housing markets. Cities tend to have the strictest zoning laws and land use regulations, and are more likely to have rent control as well. Reforming zoning and repealing rent control would go a long way toward reducing prices and increasing the supply of affordable housing in America.

Libertarian Minarchist writes about economics and the effects different policies have on the economy and society. You can follow on Twitter @RightMinarchist.

Read this article and more from Libertarian Minarchist on Medium.

The 10 Worst State Laws Proposed and Passed in 2019