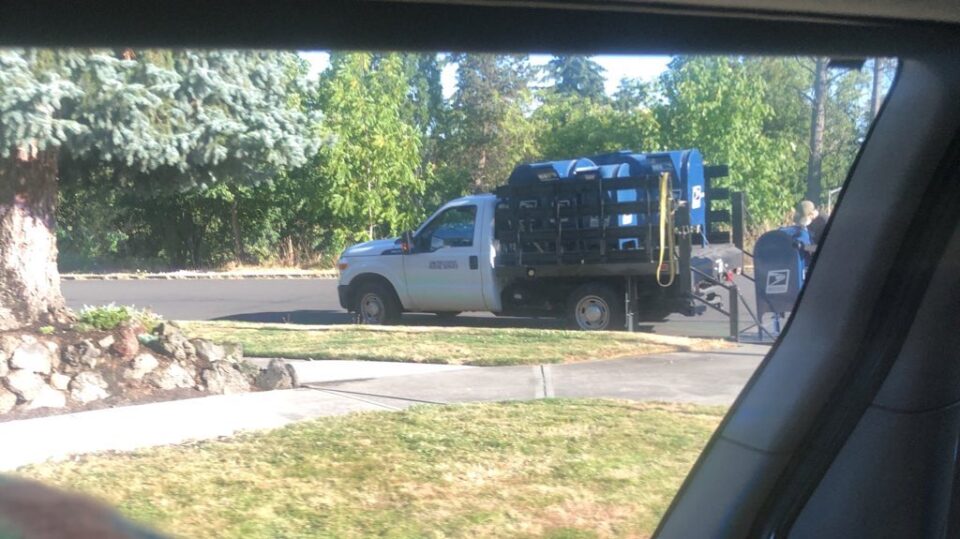 Twitter user @markdelaneysays tweeted a photo from Portland, OR of postal drop boxes being removed and loaded on a truck. He Tweeted the photo with the claim that this was the product of President Trump “gutting” the United States Postal Service.

🚨Please share this picture far and wide. Trump is trying to steal the election. He is gutting the USPS to make it difficult for people to vote by mail. Here in Oregon, that’s our only option. This demands attention! @OregonGovBrown pic.twitter.com/JSsmA0FTzY

The Tweet went viral, and Delaney stated that he had been contacted by news organizations regarding his photo.

Several news orgs reached out and have spoken to USPS. According to USPS, they received instructions to remove mailboxes where there were multiple beside each other. The problem is, the one being taken in my photo was by itself. The mystery continues. https://t.co/riXhwsjyM7

Oregon news station KATU investigated the incident, and found that it is a routine replacement of old postal boxes by the United States Postal Service themselves.

From the KATU article:

“So, KATU dug into it and found out the post office is the one removing the boxes to replace them because they’re old.

A spokesperson said they’ve taken down four mailboxes in Portland and more than two dozen in Eugene.

They plan to remove more mailboxes from around Portland in the coming weeks.”

The viral claim that the Trump Administration is removing postal boxes, implying the placing of barriers to absentee voting in Portland, is False.