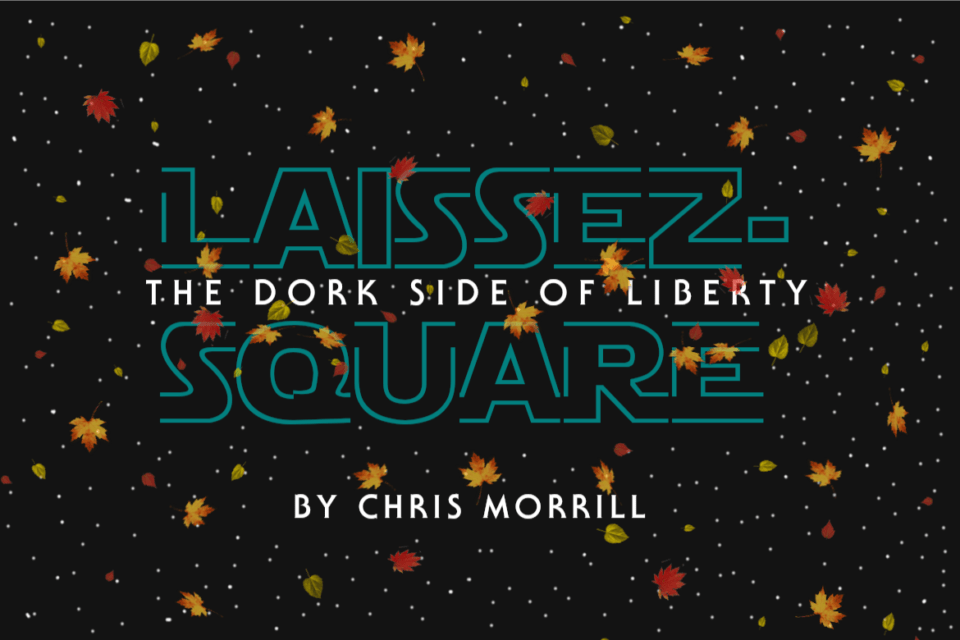 “Life starts all over again when it gets crisp in the fall.”

Autumn is the best season. If you dare disagree,  you have besmirched me and I demand satisfaction.  Fisticuffs may be imminent.  Perhaps a duel at twenty paces is afoot.

If you live in the South or the lower Midwest, three entire seasons are well nigh intolerable.

Summer is something to be endured, not enjoyed.  The heat, humidity, allergies, and insects are overwhelming to many of us.

Autumn though…autumn is the Goldilocks of seasons.  It’s just right.  The first cool spell of the season (usually around mid-September for Missourians) feels like a release from captivity.  It has always served to recharge my batteries.  I was scared that it wouldn’t work this year, since 2020 is such a horror show and nothing else has.  But the weather change did come (if a bit late) and it worked its usual magic.  Consider me recharged.

There are so many good things about autumn.

Obviously, the weather is dreamy.  But Missouri being Missouri, the autumn weather isn’t always cooperative.  We have Indian summers, storms, sometimes early snowstorms (perhaps most famously the Kansas City “October Surprise” of 1996), and some wild temperature swings.  New and exciting allergies arise.  But by and large, autumn is still our most serene season.  The only major complaints are usually that it comes in too late, goes out too fast, or both.  Sometimes autumn only lasts two hours in the middle of the night on a random Thursday in October.  You snooze, you lose.

Conversely, the absolute worst month is February.  It’s the dead of winter.  Football is over but baseball hasn’t gotten started yet.  Hockey and basketball are still in their regular seasons, and March Madness is still (by definition) a month away.  Smack dab in the middle of the month is Valentine’s Day, which is a minefield for the perpetually single and broken-hearted (which is how I spent a good part of my life before meeting Mrs. Morrill.)

I sometimes joke that our fickle weather works to our advantage in some ways; if it was autumn all year, it’d basically be California, and it would cost a whole hell of a lot more to live here.  Imagine the Kardashians moving in next door.  I’d rather have a meth lab.  (In Missouri, having a meth lab next door is more likely than you think.)

Autumn is our fair-haired golden child.  Along with the arrival of weather that can actually be tolerated by human beings (crazy talk, right?) comes lower utility bills.  We are no longer being financially eaten alive by our air conditioners or our furnaces.  The Ceremonial First Opening of the Windows is a tonic to both the soul and to the checkbook.

Autumn also marks the start of football, hockey, and basketball seasons.  I mean, at least in non-pandemic years.  In the hellscape that is 2020, hockey and basketball are still wrapping up business that should have been concluded in June, which will almost certainly result in whoever wins the championships being given a big fat asterisk in the record books.

Autumn means the Major League Baseball playoffs and the World Series.  We will still have those (fingers crossed), but the absurdly short sixty game regular season will result in an even bigger and fatter asterisk next to whoever wins that tainted trophy.

Autumn means the end of serious yard work until spring.  This is a big thing when you’re a great indoorsman like myself.

Autumn means (mostly) the end of our insect problems.

No one would argue that green is an ugly color in nature, particularly compared to the “dirty ashtray” aesthetic common to the Southwest.  But green pales in comparison to the spectacular yellows, reds, and oranges that explode here in October and November.  Vermont we ain’t, but it’s pretty in the fall nonetheless.

Autumn brings with it certain “comfort foods” that are sometimes frowned upon in the summertime.  Think chili, Spanish rice, a big nasty pot of bacon and beans, or a massive tub of chicken noodle soup.  (Just typing that sentence made me want to pop a Pepcid.)  Not to mention, it’s great grilling weather.

(Is bourbon a comfort food?  Asking for a friend.)

Autumn means the start of school, which to me was always a good thing, because I was pretty freakin’ good at school.  (Until they introduced algebra, anyway.)  I also liked shopping for back-to-school clothes and school supplies, seeing old friends again, and gossiping about any cute new girls in class.

My favorite fall activity is sitting out on the patio under my Stag beer umbrella and watching the leaves that I refuse to rake blow across the street.  It’s breathtaking.

Last but not least, in case you thought you were getting out of this without some sort of political angle: autumn is election season.  Election season is exciting for all political junkies; some years are more interesting than others.  (2000 and 2016 come to mind.)  I’m hoping election night 2020 won’t be too adventurous, but the way this year is going we might end up with Bush v. Gore 2:  Electric Boogaloo. This time with more violence.

Election season may not be a particularly pleasurable experience for Libertarians, as noted in several prior pieces.  Going into the electoral wood chipper every other November like clockwork can be known to cause significant post-traumatic stress disorder.  Many of our kind may dislike this season for that express reason.  At least our long biennial walk to the gallows is almost over.

Even though I am notoriously white, it is notable that I am a white guy and not a white girl.  So I’m not into every single stereotypical fall thing.  I only own one scarf and zero leg warmers, and I don’t really do hayrides.  Cinnamon really doesn’t do anything for me.  I could maybe be talked into a bonfire if there are libations.

The one autumn thing you will never catch me celebrating is pumpkin spice this and pumpkin spice that.  Pumpkin spice anything is ass, and you need to keep that stuff away from me.  Even pumpkin beers are not welcome in my house, and I’ve drank just about everything there is to drink at one point or another.

I actually have two objections to pumpkin beer.  First, it’s gross.  Second, when it comes to booze, I follow what I call the “Grandpa Rule.”  Put simply, I refuse to drink anything that my grandpas wouldn’t recognize.  Neither Grandpa Morrill nor Pa-paw Scheper would have any idea what to make out of pumpkin beers, so I eschew them.  (Though Pa-paw, a tippler of some local notoriety, would no doubt drink it…if it was free.)

All pumpkins aside, my love for autumn is such that I can’t imagine the apocalypse happening this time of year.  (This idea is probably what saved us during the Cuban Missile Crisis).  No, I’m pretty sure that when the world ends, it’ll be a miserably hot day in July or a miserably cold day in February.  Probably on a Monday, just for extra insult.

Today is a Saturday in autumn; the world cannot end today.