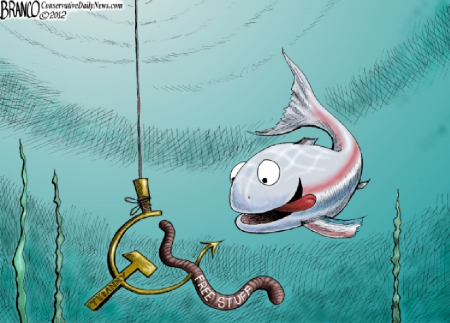 What does the word “free” mean to you? Whatever your definition is like, it is probably connected with good associations. In general, “free” can be described as something that doesn’t charge anything, or as someone who acts according to their needs, without any restrictions and control from outside. However, just being free from payments doesn’t mean that you are completely free. The exact meaning of freedom is behaving according to your personal choice, speaking, and thinking just as you wish. If you know what Libertarianism is really about, then you should probably make some connections between this definition and their ideology.

It’s a political philosophy that is completely built on the concept of “liberty”, “freedom”. They believe that a person has to be free to do whatever they want in life as long as they don’t cause any harm to others. The key idea is that nobody has the right to control our lives and the government must leave everybody alone. A Libertarian is someone who thinks that liberty is the most important value but protecting and expanding this freedom to others is essential too. For them, only a free society can make a better world for everyone.

Is the “free stuff” policy part of real freedom?

What do you think is the meaning of the “free stuff” policy? Normally, it should be something with a positive connotation but actually, this is different from what libertarians consider as freedom. In this case, by “free stuff” we mean free healthcare, free education, and things like this. All these “free” services are provided by the government which means it’s controlled by someone else. The reason why Libertarians don’t support the free healthcare system is that they believe in a free market. Free markets are the economic system of free individuals where they make their economic choices following their needs which can be achieved only if the intervention of the government is minimized.

According to their philosophy, if something is unfairly priced, it’s going to be pushed out of the market eventually, meaning there’s no need for the intervention of the government. And if somebody makes a new law of “free education” or something like that, it means you are dependent on somebody. Because in a society where there is liberty, education and health are free itself and don’t require any actions as reminders.

For example, the free healthcare in Canada means more taxes and longer waiting times. A free Facebook means that you are surrendering your information as payment. And companies that offer to trade FX free of charge are not necessarily talking in a literal sense. If you can trade for free it means the company gave you some money and it wants it back. If you don’t reach a certain quota that they set for you after giving you the money, they take it back.

According to the Tax Policy Center (TPC) which is a citizen’s guide to the elements of the US tax system, the government spent nearly $1.2 trillion on health care in 2019. The same year, money spent on education by the US federal government was over $700 billion as the Insider reported. Some people may be happy about these statistics but libertarians are not. If the government is spending money to free us from charges it means that they take actions to regulate the taxes, they try to prevent people from spending money but this doesn’t mean it happens without any costs.

If they give you money, they demand something back. That’s how it works. It’s a social norm which is called the reciprocity norm in psychology and this norm is an integral part of the society. It means exchanging things with others for mutual benefit. So, when the government gives us money for education it means that they want something in return. We are charged with a responsibility to pay them maybe not with the money they gave us, but with something. Does it really sound like freedom to you?

Indeed, if we are all created independent and free, then we should have inherent natural rights to act in a way we choose. That’s what is written in the Declaration of Freedom where you can’t find the words “health care” or anything related. People believe that health care is something that should be provided by the government or taxpayers but this excludes our freedom. Being free is about taking your actions without involving another person. We shouldn’t expect choices from the government but ourselves.

Finally, after all this discussion you should at least question the existence of the so-called free market. If you deeply understand the concept of freedom, then you probably are aware why the free-market system is a well-written myth for libertarians, just like health care is an economic activity, no different from other economic activities. What libertarians believe is that we don’t need any written right to make our own healthcare decisions. We should be the ones who use our own money and spend it the way we want. Everything other than this is pure capitalism for them.  Providing health care or so-called free education is nothing other than giving a monopoly to the government to make regulations and the libertarians are totally against it. This is why we should abandon the myth of the free market, just like we abandoned the idea of Santa Claus or Unicorns in childhood. For them, it’s essential to grow up and take care of ourselves and society. Still, it doesn’t mean that Libertarian society isn’t some kind of utopia. 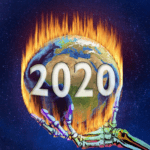 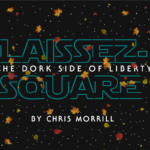