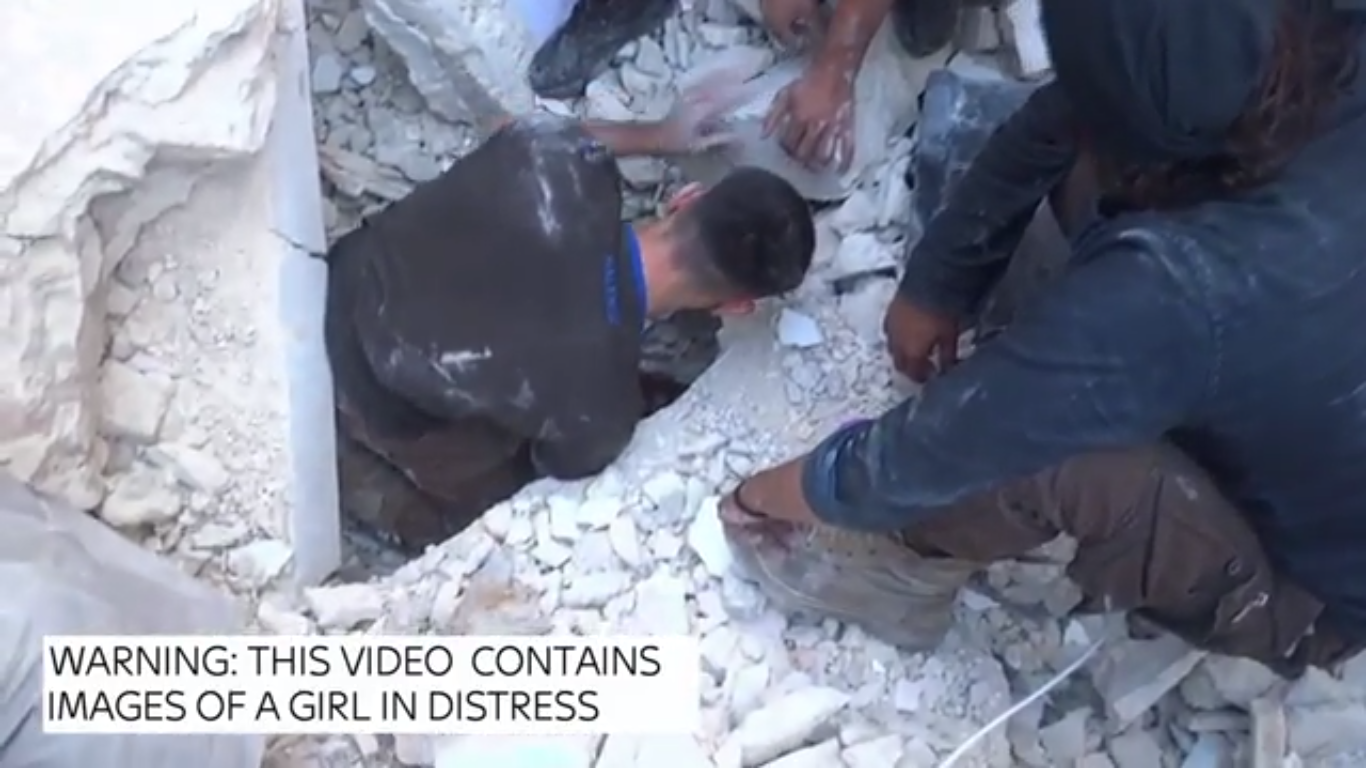 Rescue workers unbury a little girl trapped alive in the rubble of a Syrian airstrike and pull her to safety in new footage coming out of the city of Aleppo.

The footage obtained by Sky News shows rescue workers carefully dig around the little girl, who is buried deep in a mound of rubble caused by a second round of strikes in two days. Only the top of her head is initially visible, as one of the rescuers works to free her bit by bit.

She begins crying as they work tirelessly to free her before she is finally pulled to safety. One of the men then carries her in his arms to a waiting ambulance.

Watch the dramatic rescue of a little girl from the rubble of a building in Aleppo destroyed in an airstrike https://t.co/SwmlNMhXdz

A broken 7-day ceasefire deal between Syrian President Bashar al-Assad and opposition forces that included the United States and Russia has led to renewed fighting in the city and more rounds of airstrikes. The ceasfire lasted less than 48 hours.