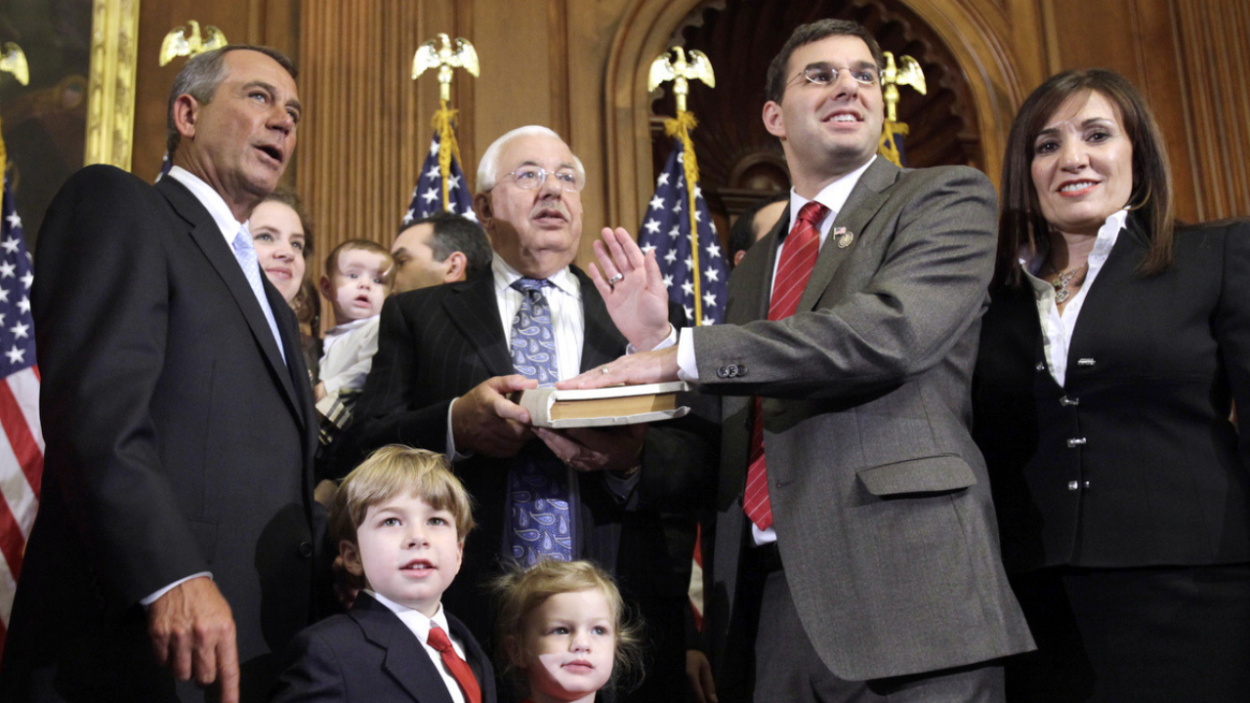 Omar, the first Somali-American elected to U.S. Congress, wrote “The #116thCongress has SO much to be proud of” before listing several broken barriers that came with Thursday’s swearing-in ceremony.

The #116thCongress has SO much to be proud of:

Presumably referring to the newly elected representative and Democratic socialist from Michigan, Rashida Tlaib, Omar attributed her the title of the “1st Palestinian-American” in Congress.

“My father is Palestinian, and I’ve been in Congress since 2011,” Amash wrote.

My father is Palestinian, and I’ve been in Congress since 2011.

Amash was born in the United States and is the son of a Palestinian-refugee father, and his mother is a Syrian immigrant. The Republican has served Michigan’s 3rd Congressional District since 2011.

Tlaib made headlines hours after being sworn in to her new job when she made a promise to supporters at a rally that she’d go after Trump and “impeach the motherf****r.”

Tlaib also co-wrote an op-ed in the Detroit Free Press Thursday claiming the House doesn’t need to wait to see the results of special counsel Robert Mueller’s investigation before moving forward “with an inquiry in the U.S. House of Representatives on whether the president has committed impeachable ‘high crimes and misdemeanors’ against the state: abuse of power and abuse of the public trust.”