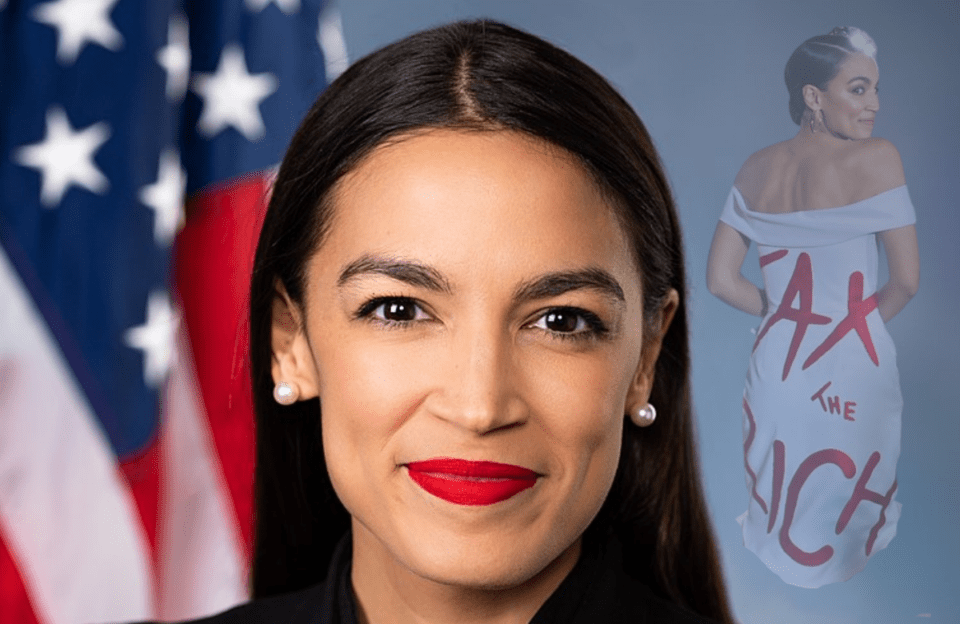 Democratic representative Alexandria Ocasio-Cortez made quite a few waves with her attendance at her first Met Gala Monday night.

The Congresswoman from New York wore a white dress with the words “Tax the Rich” written in large red letters across the back.

Rep. @AOC on the #MetGala red carpet in a dress that reads Tax the Rich. pic.twitter.com/nq87zCdm8z

A reporter for NewsMax, Benny Johnson, also claimed that AOC’s choice of attire for the event had a price tag of $1,000.

AOC must think she is the progressive counterpart to outspoken conservative singer/model Joy Villa, who first gained national attention with her “Make America Great Again” dress that she wore to the Grammys in support of former President Donald Trump in 2017. Villa, I might add, has shown much more dignity and grace than AOC ever dreamed of.

The issue at hand is the blatant hypocrisy of AOC’s message. It’s highly ironic that a sitting congresswoman would attend an event that costs $30,000 and wear a $1,000 gown, and then have the audacity to talk about taxing the rich!

AOC, you are the rich! Do you think middle-class Americans have the kind of money to attend high-class balls, wearing clothes that cost thousands of dollars? Do you think they have the connections or money to rub shoulders with the who’s who of the entertainment industry?

What would you say to your constituents about your decision to attend the Met Gala when so many are likely scraping by just to make ends meet? You are not a woman of the people. If you really cared, you would be fighting in Congress to keep the American economy open and removing regulatory burdens placed on the American people instead of trying to be a Progressive Cinderella.

This behavior is all too typical of progressive politicians and they whine and complain about people they call “rich elitists” while refusing to acknowledge their own arrogance. People like Alexandria Ocasio-Cortez are no different than the kings and queens of old who wined and dined, getting fat and living easy off of the backs of people who suffered in poverty.

In spite of the congresswoman’s decision to attend the Met Gala, it’s not out of line to ask about her abuela’s  home in Puerto Rico that she claimed was severely damaged by Hurricane Maria back in June. AOC blasted former President Donald Trump for blocking relief to the island in the aftermath of the hurricane. If the congresswoman can afford to be at an event as prestigious as the Met Gala, surely she can afford to at least help take care of her grandmother’s home repairs.

Unless of course, she doesn’t really care about her grandmother and was just using her as a political prop in an attempt to increase government spending. Perhaps it is old-fashioned of me to think that if you genuinely love someone, you should help them when they are in dire circumstances if you have the means to do so. I hope that AOC’s grandmother is in a much better state of living these days—especially since her granddaughter thinks it is appropriate to live the lifestyle of the rich and famous while claiming to serve the common people of New York.

If AOC lived according to her principles, she would be appalled at the idea of attending the Met Gala while so many of her fellow Americans are suffering as businesses struggle to get by or have closed
due to government restrictions under the guise of a pandemic.

Tyrants of the past and present would be proud of the progressive darling who is living up to the mantra, “Do as I say and not as I do!”