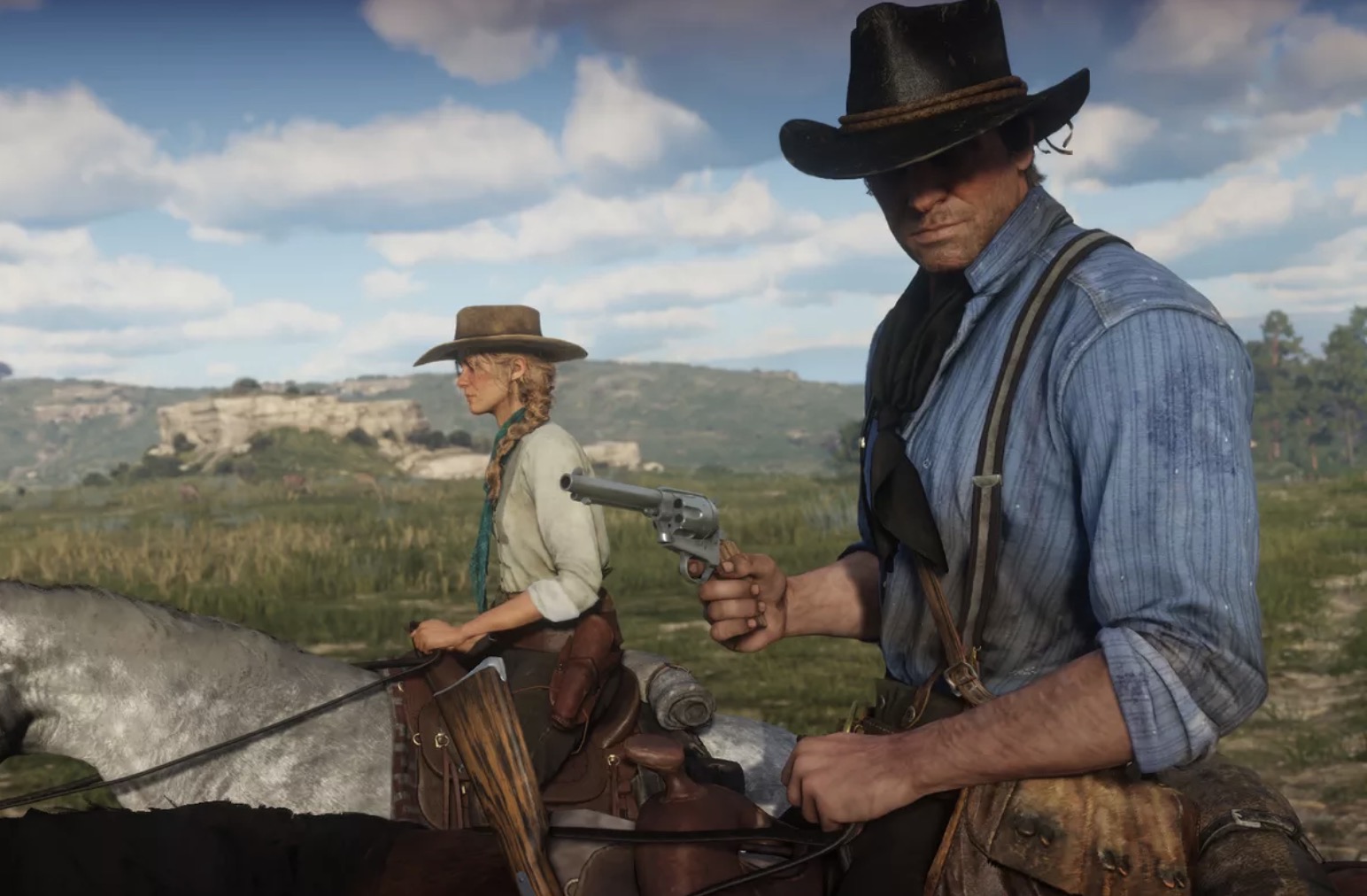 Now that we’ve gotten through the majority of the winter season games releases, we have a good idea of the roster of games that have come out over the past year. 2018 was certainly a big one, with many AAA releases coming out and several new indie darlings popping up!

With so many new releases, it should be no surprise that there is a notable list of games from this year that have a disposition placing them on the radar of libertarian fans. Whether it be in story or in gameplay, these games have something in them that just screams Ron Paul 2012…or just has a small nod to the ideas of liberty.

Red Dead Redemption 2 is easily the pinnacle of freedom in gaming this year. Third in its series and a prequel to Red Dead Redemption, the game takes place at the very end of the nineteenth century, when the era of the American Wild West was coming to a bloody end.

Your character, Arthur Morgan, is an outlaw with the Van Der Linde Gang. The story paints Arthur as an apathetic man who doesn’t even vote, but the game itself allows you to play Arthur as you see fit and to any extent. It allows for maximum player freedom in action, with social consequences in game, but whether it’s attacking suffragettes or stabbing eugenicists it’s all down to who’s hands the controller is in.

Red Dead Redemption 2 quite literally doesn’t pull any punches, as it allows you to even engage in fisticuffs with suffragettes and eugenicists alike. Several missions in the game have very strong libertarian messages too, such as one in which Arthur helps stage a suffragette march.

There’s also the fun of being in an America where you can walk into any village, town, or city and find a gun store filled to the brim with firearms ready for your hands (just as the founding fathers intended). The game embodies both the caricature of the West Hollywood has painted through movies of the past several decades, but also the real American West, where gun rights were strong, agency was precious, and property was something of meaning and value to people.

Without spoiling too much of the experience, the fact of the matter is that Red Dead Redemption 2 is a solid choice for any libertarian this year, and you’ll be hard pressed to find any better.

Following suit from last year, the Battle Royale genre is still alive and kicking. While many might malign the genre for being bland and repetitive, one can’t deny the popularity of it, as well as merit-based nature of the genre.

That’s a matter of fact, Battle Royales have been sparking the will to win, to stand above the rest in players young and old across the world. It’s even become a concern for Communist countries. PlayerUnknown’s Battlegrounds, which released in 2017, actually faced a ban from China at one point last year for “deviating from socialist values” simply by the nature of being meritocratic in outcome.

For those few unaware of this craze, these games essentially take about fifty to one-hundred people and drop them on an island or in a mountain range to collect weapons, armor and supplies. This of course can all be for naught, as the players then have to fight each other in a shrinking safe zone until the last remaining team. 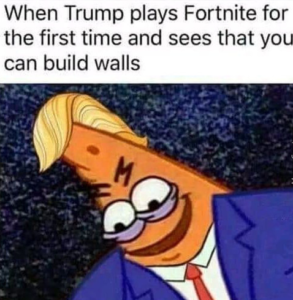 No matter what the stance of someone may be, it’s hard to deny the effect this game has on developing a mentality to win and succeed, and isn’t that the essence of free market capitalism? Besides if memes can win an election, then maybe Fortnite really can end Chinese Communism.

An indie role-playing title released by Czech video game developer Warhorse Studios, Kingdom Come: Deliverance takes place in 15th century Bohemia. You play Henry, the son of a blacksmith, who finds himself in the middle of a squabble between Kings.

You then dash through the countryside taking out entire keeps and castles, or rather you might try if you weren’t a twenty-something with no training in swordplay or archery. This is a rare example of a game that only rewards you with skill if you put in the time to earn it, no hand-holding here.

At first Henry can barely swing a sword, but through hard training and making your way to the top by the end of the game you become an adequate combatant. Each skill is a struggle but well earned, from potion brewing to even reading. 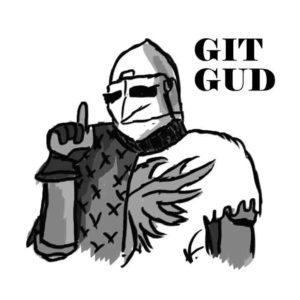 This game also doesn’t bow down to the style of politically correctness seen in other titles this year and in recent history, each stride through Bohemia is unmarred by progressive re-imagining. In fact, the game received quite a fair bit of flak from the more progressive-leaning mainstream games media for its dedication to a historically accurate Bohemia. Being set in medieval Bohemia, there’ll be no shortage of reference to God, the Bible, and the Pope (both the one in Rome and the one in Avignon). 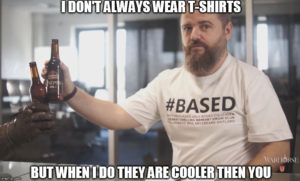 The game was also made possible through the private charity of a Kickstarter, which is the cherry on top to this wonderful example of what the indie market can truly bring to gaming.

This one might seem like a stretch but it shouldn’t be. Released for the PlayStation 4, Detroit: Become Human is a story revolving around the liberation of the android populace of the city of Detroit (and the entirety of America).

The player plays as several androids throughout the course of several days leading up to the climactic end of conflict “deviant” androids who have overcome their programming and become truly sentient. 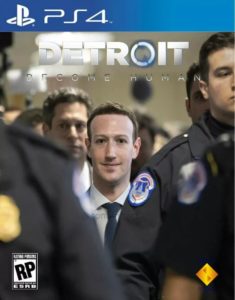 The game’s strongest element is its gripping story, which can take the player for an emotional roller-coaster ride. And while the player may have few decisions to make, many of them have an outcome which changes how their stories end.

Without giving too much away, it can also be said that many of the better decisions to make are philosophically bound in many ideas libertarians would find amiable. After all, the story of the game is a tale of the battle for natural rights and civil liberties. few games have a story whose end goal sits so well with freedom lovers, Detroit: Become Human is a must have for any libertarian with a PlayStation 4.

Far Cry 5 is another one of those games that really just hooks into you and before you know it you’ve got 50 hours of your life sunk into it. Taking place in Hope County, Montana, Far Cry 5 throws the player into a county-wide takeover of by a radical theocratic christian group.

Religious aspects aside, it is the job of the player to fight against tyranny and slaughter of the local populace of Hope County, who just want to be left alone on their property. The game was also willing to *gasp* portray right wing politicians as anything but absolutely evil and in need of righteous smiting from the progressive leftist superhero of the game! 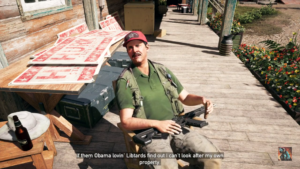 The gameplay is like that of the previous Far Cry games, but done in a beautiful setting that lends itself very well to the combat mechanics. On the note of setting, anyone who loves what makes America beautiful will get lost in Montana’s mountains and valleys, driving and flying through absolutely beautiful forested areas and rock faces alike. If you’re looking for bang for your buck, there are few games that compete with Far Cry 5.

Hopefully we’ve given readers plenty to think about, and perhaps added a few games to your Holiday purchases list. There was an absolute tsunami of releases this year in gaming, so if we missed any titles you think were a secret love letter to Ayn Rand please comment about it below! Also, if you aren’t able to pick up some of the games on this list, you might be able to catch Austin streaming them over on Twitch!

French Officials Were Warned A Carbon Tax Could Spark Riots. They Didn’t Listen