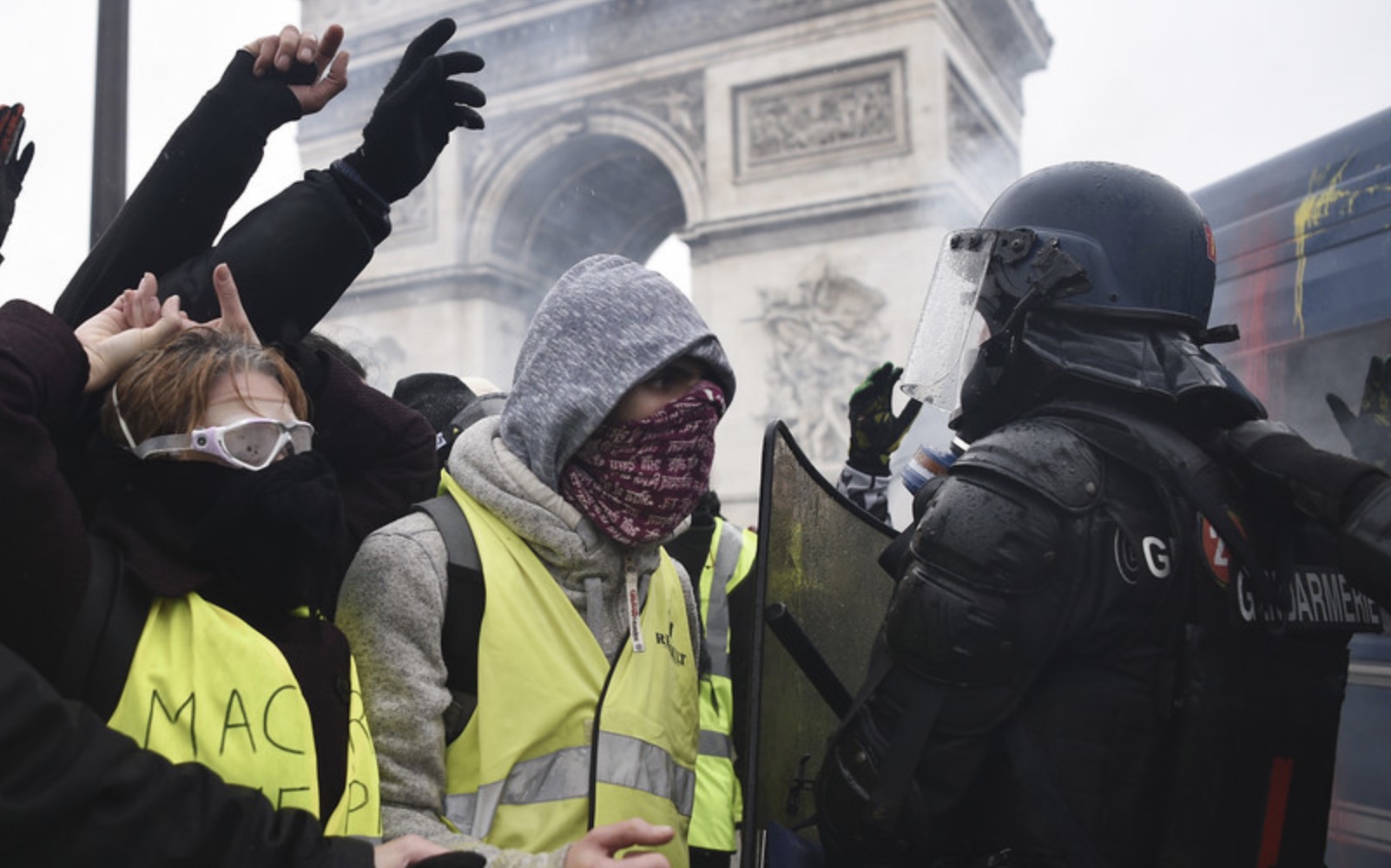 Police arrested more than 700 people Saturday morning and searched protesters for items like the now-famed yellows vests they wear to signify allegiance to the country’s working class. Four people have died and scores more wounded during the weeks-long protests, which began in mid-November.

Protesters attempted to set a drugstore ablaze on the Champs-Élysées, placing burning Christmas trees against the building. A trove of riot police eventually dispersed the crowd and knocked down barricades the crowd placed in front of the buildings Officials hoped French President Emmanuel Macron’s decision to nix an unpopular carbon tax might help defuse the situation.

Those hopes were dashed on Saturday. “We drove all night,” Julien Lezer, an electrician from a resort town in France, told The New York Times. “We don’t agree with the current system anymore; it doesn’t represent us. It’s not in the regions that things change; it’s in Paris. It’s when the people from the regions go to Paris that the politicians listen.”

Others shared similar concerns about the direction Macron is attempting to take France.

Axelle Cavalheiro, who traveled to Paris from a rural section of France known for its agriculture, told reporters. “We are overtaxed; there are taxes on everything, gas,” he said. “At the Élysée, they spend 300,000 euros on carpeting, 10,000 a month for the hairdresser,” Cavalheiro noted, referring to the presidential palace.

Another demonstrator named John Schiltz, a train-track worker, promised to keep protesting until Macron resigns. “He has to go,” he told reporters, referring to the former banker-turned French president. “He’s adding all these taxes without helping us at all, it’s just tax, tax, tax.”

The protesters are growing louder as Macron’s approval rating dwindles. Still, the number of protesters has fallen since the demonstrations began in November; nearly 300,000 people turned out Nov. 17, and less than half of that on Dec. 1, according to French authorities. Officials have relied on armored vehicles to patrol Paris, which hasn’t happened since WWII.

Some are worried that the Yellow Vest movement could spread elsewhere. Police used extraordinary means to put down copycat protests in Belgium, another country seeking to enact stiff taxes on carbon. About 100 people were arrested as the police used tear gas and water cannons against Belgium protesters.