Manchester bomber Salman Abedi’s sister said his suicide attack was motivated by a desire to seek revenge for U.S. airstrikes in Syria.

Abedi’s sister, Jomana Abedi, described her brother as kind and loving and said she believes he wanted to avenge perceived injustices against Muslims.

“I think he saw children—Muslim children—dying everywhere, and wanted revenge,” she told the Wall Street Journal. “He saw the explosives America drops on children in Syria, and he wanted revenge. Whether he got that is between him and God.”

In a recent high profile attack, U.S. warships in the Mediterranean Sea launched 59 Tomahawk missiles at the al-Shayran air base near the western city of Homs. The Pentagon reported the airbase was used to store chemical weapons. Syrian officials said nine Syrian civilians, including four children, were killed.

Abedi’s justification for her brothers terrorism was harshly criticized in Manchester after the attack.

“Any kid losing their life is heartbreaking, but to my knowledge, no children in the allied air strikes has been targeted purposely unlike in Manchester” Mark Sessions, 52, of Manchester told the Mirror. “It is sick to justify the arena bombing in such a way. It is abhorrent in fact. There is no place for her comments.” 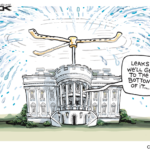 UK Stops Sharing Intel About Manchester Attack With US After Leaks 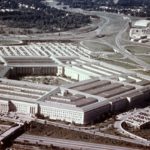