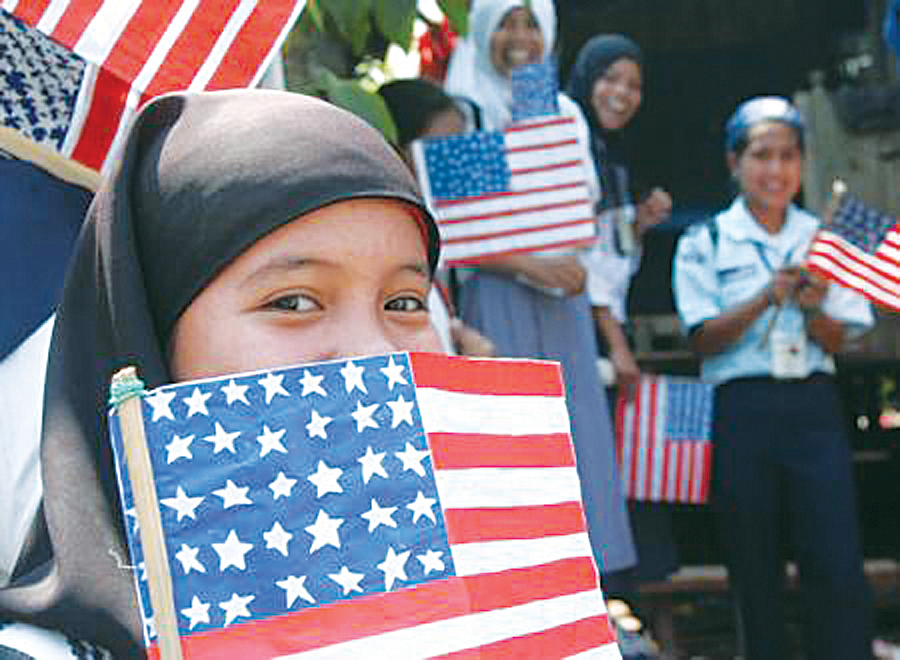 A Pew Poll released Wednesday shows that majority of Muslims in the United States sees the country as a friendly place.

The number of Muslims that found Americans to be friendly has gone up since the last time Pew surveyed them. In 2011, 48 percent of Muslims said Americans had been friendly towards them.

The Pew study surveyed 1,001 U.S. Muslims and asked them a series of questions to discover their views on religion, their political positions and their cultural values. Most of the Muslim Americans surveyed (92 percent) were proud to be Americans, while 80 percent find their lives to be satisfactory overall.

About 49 percent of Muslim Americans said that another American had expressed support for Muslims to them, while 51 percent said they hadn’t received such support. Seventy percent of Muslims still believe in the American Dream and think that they can become successful with hard work.

“U.S. Muslims are somewhat more likely than the public as a whole to say that most people who work hard can thrive,” the study concluded.

Muslim Americans also reported experiencing discrimination in the United States — 75 percent said that there was a lot of discrimination against Muslims, while only 23 percent said that there wasn’t. While most Muslim respondents disapproved of President Donald Trump’s performance in office, they disapproved of his performance at almost the same rate as they did former President George W. Bush’s acts in office.

“While the survey finds that a majority disapprove of the way Trump is handling his job, this is not the first time the community has looked askance at a Republican in the White House. Indeed, Muslim Americans are no more disapproving of Trump today than they were of George W. Bush’s performance in office during his second term a decade ago,” the study noted.