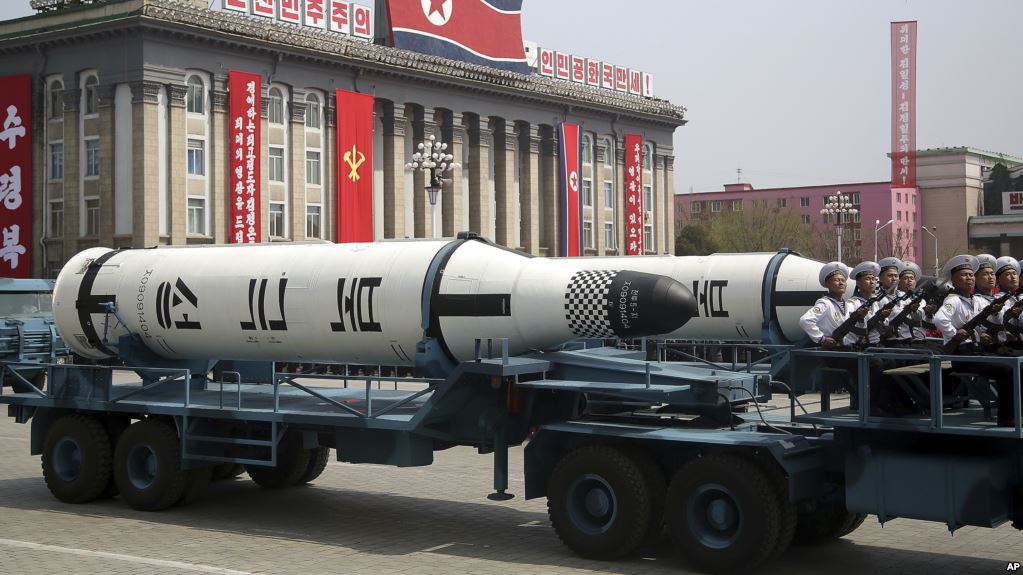 The Pentagon has reportedly detected signs of indicating that a North Korean missile test may be imminent.

“They’re setting up for something,” a U.S. defense official told AFP. The U.S. military has spotted a Hwasong-14 intercontinental ballistic missile transporter-erector and firing table in Kusong in North Pyongan Province, U.S. officials with knowledge of North Korea’s weapons programs revealed to The Diplomat. Defense officials suggested that another ballistic missile test could come within a matter of days, according to Reuters.

A missile test is expected on or around July 27, the 64th anniversary of the signing of the Korean Armistice Agreement, as North Korea has a tendency to mark major events with provocative acts and displays of power.

North Korea demonstrated ICBM capability on July 4, but additional testing is required. The Pentagon’s Defense Intelligence Agency, according to The Washington Post, assesses that the North will be able to field a reliable, nuclear-armed long-range ballistic missile as early as next year, much sooner than analysts initially expected. Some defense analysts, however, disagree with the new assessment. “There is no question that the DPRK has moved further and faster with its effort to develop a reliable, nuclear-capable ICBM that can be built in quantity, but there are still doubts about whether it can cross that threshold in a year,” an official told Reuters.

North Korea has yet to present a durable re-entry vehicle or a miniaturized nuclear warhead. Expert observers suspect that the North has a re-entry vehicle that could potentially survive the stress of an intercontinental flight, and after five nuclear tests, there is a strong possibility that North Korea has a nuclear bomb small enough to mount on a ballistic missile as they claim. The North may be preparing to show off its capabilities as some still doubt that the July 4 test was one of a true ICBM.

The Hwasong-14 is believed to have a range between 4,500 and 6,000 miles, putting Alaska, Hawaii, and parts of the West Coast within striking distance.

North Korea is in the process of developing a strategic missile force to build a strong deterrent against the U.S. and its allies. North Korea has tested over a dozen missiles this year, launching a collection of brand new short-, medium-, intermediate-, and long-range ballistic missiles, as well as a new and improved surface-to-air missiles and coastal defense cruise missiles. It is unclear how long it will take to field a strategic force, but the North is moving in that direction at an accelerated rate.

North Korea threatened Wednesday to launch a nuclear strike against the U.S. if the latter miscalculates.

“If enemies misunderstand our strategic status and stick to options of staging a pre-emptive nuclear attack against us, we will launch a nuclear attack on America’s heart as the most relentless punishment without warning or prior notice,” North Korean state media stated, repeating phrases uttered repeatedly in recent weeks.

U.S. defense officials suggest that such a move would be suicidal on the part of North Korea.