Gen. Qasem Soleimani, the leader of Iran’s elite Quds Force, was planning “imminent attacks” that could have killed hundreds of Americans prior to being killed in an airstrike near Baghdad’s airport Friday, a senior U.S. official said.

The planned attacks would have targeted American facilities and workers in Iraq, Lebanon, Syria and other countries, U.S. Special representative for Iran Brian Hook told Al Arabiya TV, according to Reuters.

“The President’s first responsibility is the safety of the American people. Qasem Soleimani was plotting imminent attacks in the region against Americans in Iraq, Syria and Lebanon that could have resulted in the deaths of hundreds of people,” Hook said.

“The President has a constitutional responsibility to prevent those actions from killing Americans. He took an entirely lawful action,” he added. “I have seen all of the intelligence that supports the decision. It was very solid intelligence.”

The Pentagon announced in the immediate aftermath of the airstrike that Soleimani was behind the recent attack on the U.S. Embassy in Iraq, and was “actively developing” additional plans to attack American diplomats and service members in the region.

“General Soleimani and his Quds Force were responsible for the deaths of hundreds of American and coalition service members and the wounding of thousands more,” the Pentagon said. “This strike was aimed at deterring future Iranian attack plans.”

Iranian Supreme Leader Ayatollah Ali Khamenei called Soleimani a martyr in a statement Friday announcing Brigadier General Esmaeil Qa’ani would be taking over as commander of the Quds Force.

Khameni said in a separate statement carried on Iranian state television that the country would double its resistance against the United States and Israel in the aftermath of the attack.

“All Enemies should know that the jihad of resistance will continue with a doubled motivation, and a definite victory awaits the fighters in the holy war,” Khameni said.

“This sets a precedent … that senior officials are fair game in this hybrid, not-yet-at-war kind of scenario that we’re in with Iran, and that’s a dangerous precedent to set,” Morell said on CBS News.

“There will be dead Americans, dead civilian Americans, as a result of this,” he said. 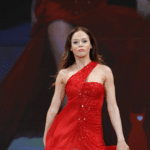 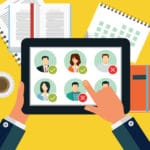