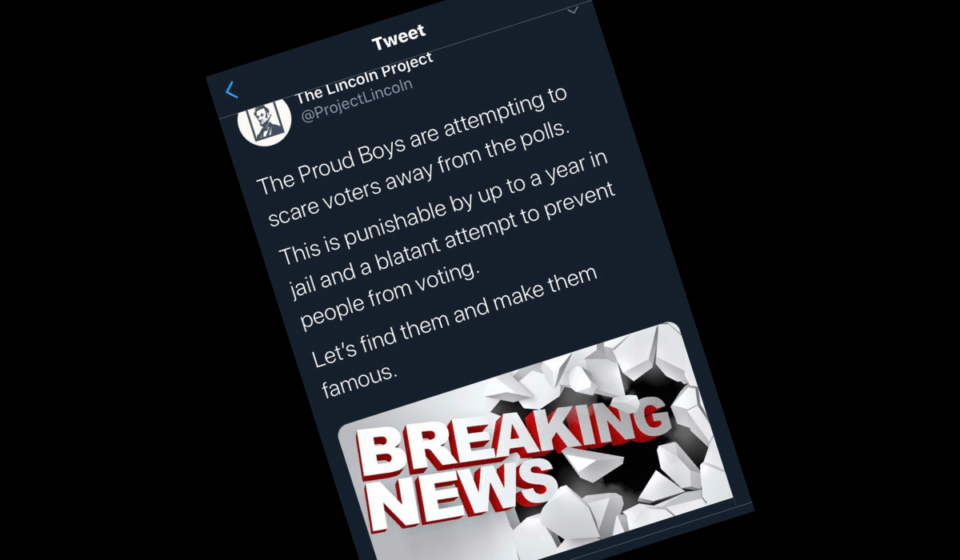 Federal authorities concluded that Iran was behind a string of threatening emails targeting Democratic voters in swing states, The Washington Post reportedWednesday. The email senders claimed to be members of the Proud Boys, a fringe right-wing group.

Ratcliffe told reporters that “we have already seen Iran sending spoofed emails designed to intimidate voters, incite social unrest, and damage President Trump. You may have seen some reporting on this in the last 24 hours or you may have even been one of the recipients of those emails.”

The Lincoln Project helped the Iranian misinformation go viral on social media, garnering more than 12,000 retweets by amplifying the false claim that the Proud Boys were trying to intimidate Democratic voters.

“The Proud Boys are attempting to scare voters away from the polls. This is punishable by up to a year in jail and a blatant attempt to prevent people from voting. Let’s find them and make them famous,” the Lincoln Project tweet said.

The political group, which was founded by anti-Trump Republican consultants, deleted the tweet Wednesday night.