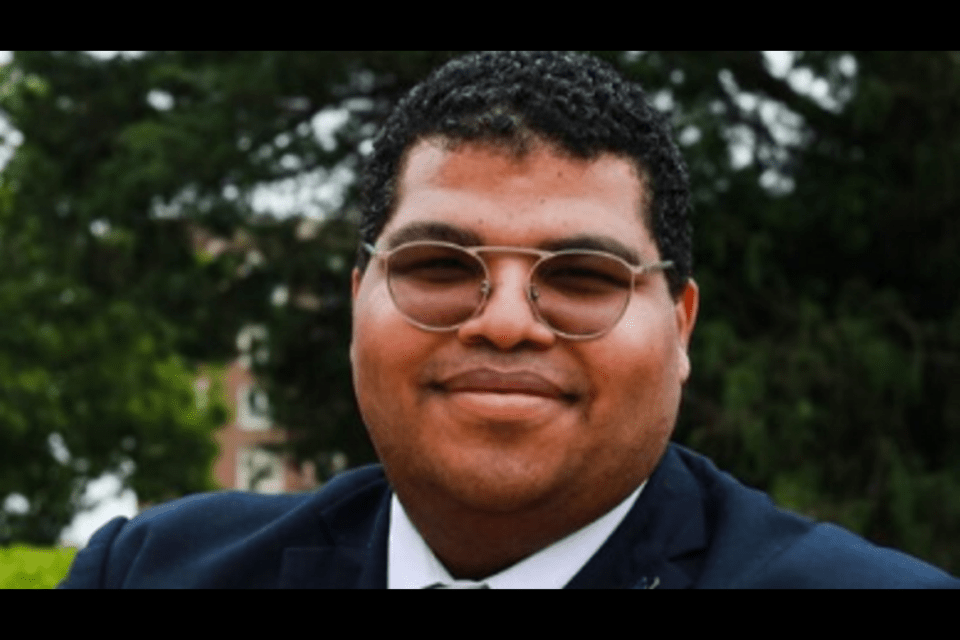 Ricky Harrington, Jr. is in a unique position. He is a Libertarian candidate for US Senate in a two-way race. There is no Democratic challenger, and his Republican opposition was too chickenshit to debate him. It may be a deep red state certainly favoring a candidate who received a FreedomWork’s score of only 30%, but this is 2020 and anything can happen.

TLR: This is Gary Doan with The Libertarian Republic talking to Ricky Harrington, Jr.. Ricky is running for the US Senate in Arkansas against Tom Cotton and, despite being a Libertarian, is Cotton’s only opponent. Thanks for talking with me. About a week ago, PBS had a debate scheduled between you and Tom Cotton. He declined to even show, giving you an hour alone with the moderators and the Arkansas voters who tuned in. Why do you think he chose not to show and what might his unwillingness to say about his character?

RH: Well, it was from a tactical, military type of reasoning to not show up. Because acknowledgment is validation, as some military strategists would say. But it’s definitely not a good move for someone whose job it is to represent the people, because the Senator has a record to defend. And I believe from that perspective, he wanted to avoid having to be asked live, to defend his record. I know he prefers to have the questions beforehand, and to be in a sterile environment, when it comes to interviews and things like that—things he can control. And a debate is something that’s out of his control.

TLR: Would you describe yourself as a moderate Libertarian? And how common do you think moderation is in the Libertarian Party as a whole?

RH: Well, what I think is that the Libertarian Party has to start engaging in political calculus. As in, preparing itself to be an active player in our government. And you don’t have to sacrifice your principles to do that. But you have to connect with our constituency as a whole. And the reality of it is, the two major parties have a big claw in the electorate, by and large. And so we need to stick to the points that we have, that the electorate agrees on. Accentuate the bad, show that we have commonalities with a lot of Americans that already agree with us… they just don’t know. And are afraid of the word “Libertarian”. And as a whole, we just need to pick up our game and start being professional.

TLR: You’re a prison chaplain. How has your relationship with God, and your work within the criminal justice system influenced your political beliefs?

RH: I’d say this. America guarantees that people can worship any way they see fit. As a chaplain, it was my duty to make sure that inmates had avenues to exercise their first amendment rights. And I understand that I believe the way that I believe and worship the way that I worship because I have that freedom. But then freedom stops where another person’s freedom begins. And I have to respect their right to worship the way that they want to worship. And, you know, essentially, my faith influences my politics, but my politics doesn’t influence my faith, if you understand what I mean.

TLR: For months, the issue dominating the news has been COVID-19. And government has struggled with how best to balance health and economic concerns. On the economic front, there seems to be near universal agreement among the public at large that there should be some amount of government relief for those families and businesses who lost income due to state and local government regulation preventing work. If there is to be relief, which level of government should it come from?

And especially… people’s health insurance is tied to their employment. And I believe we need to decouple that. Because, you know, if people can’t work, again, they don’t have health insurance and can’t take care of themselves. The world that we live in, we have to have access to health care, to be able to be healthy enough to work. If you don’t have your health, you don’t have anything, right? And the public at large supports that and understands philosophy as Libertarians to be opposed to that. And the crux of it, is this. Our debt is so high, that it is hard for us to turn something like that around. There’s going to be natural disasters, there’s going to be things that come out of left field that we as a nation, have to deal with. Knowing how far we are in debt, it just makes it harder to to issue stimulus. Whenever you think long term. It’s hard to recover from, you know. Okay, the government just spent $2, $3 trillion worth of taxpayer money that’s gonna be paid back later on.

TLR: You mentioned health insurance. Is the current US model of using health insurance as a form of prepayment for nearly all health care needs, rather than as protection from catastrophic loss a fundamentally flawed system? And if so, how can or should, that problem with our health care system be addressed?

RH: Well, I’d like to remove the red tape that is involved in our healthcare system that prevents people from opening clinics or hospitals—especially having to go get your competition’s permission to open up a facility via certificate of need laws. And I talk to people a lot about my experience living in China as a missionary. They don’t have a big health insurance market, like we have. Matter of fact, they don’t really have a health insurance market at all. People go straight to the hospitals and they pay the hospitals directly. Furthermore, they don’t have a primary care market like we have here in America. If I want to go to a specialist, like an orthopaedic surgeon (I’ve been dealing with some pain in my knee), first I need to go to my primary care physician. Get his permission to go to the specialist and give him his cut to refer me. I just think that’s really cumbersome and it’s not helpful to the American public.

RH: Well, of course, the government being in total control of healthcare is the worst possible scenario.
Especially while we’re dealing with issues of government encroachment—why would you want to let them be overseeing making sure you stay alive? While they’re killing innocent people. I really support giving people control over their healthcare, rather than… We want the government out of it as much as possible, but I understand the government has a certain interest in being the referee.

TLR: Commander William Adama once said that, “There’s a reason you separate military and the police. One fights the enemies of the state, the other serves and protects the people. When the military becomes both, then the enemies of the state tend to become the people”. Your opponent not only supports the military being allowed to operate on domestic soil, but has said there should be “no quarter for insurrectionists, anarchists, rioters, and looters”. So, my question to you is, should the federal government be involved at all in participating in or funding local policing?

RH: Yes, I am a Battlestar Galactica fan. And I believe the Adama move is far superior to the Picard move.

TLR: (Stuttering laughter) I’m really happy with that answer, actually. Tom Cotton voted against the First Step Act, which among other things, reduced mandatory minimums. He said that if anything, we have an under-incarceration problem. He opposes legalizing marijuana at the federal level. How do you respond to his opposition to criminal justice reform, especially in 2020? And assuming the First Step Act is what it says, what should be the next steps?

RH: Oh, to go back to the previous question. The next step is the full demilitarization of the police. We have got to snatch away military equipment away from civilian police forces. Or that same quote that you had mentioned from Admiral Adama. Furthermore, I think… it’s something that’s a part of my platform… is making sure that the people have access to fair counsel. Public defenders are completely overwhelmed in our system. And I know it might kinda sound a little anti-Libertarian, but the Constitution says that people have a right to counsel. And so we need to increase public defenders—especially at the federal level. Because people take plea bargains most of the time. A prosecutor might know that they can’t beat someone on the charges that they landed against them. And so they threaten them with ‘Okay, if you don’t take this plea bargain, we’re going to go to trial’… knowing that they may not be able to win at trial. But people are so fearful about going to court. I mean, I’m terrified about that. People just don’t understand the law. So we have to have help. And that’s why we have attorneys to help us in that battle. So I think we need to increase the slots for public defenders.

TLR: Especially given that is defense against forceful government. Tom Cotton opposes removing any US troops from Syria. Why is he wrong? And what is it that hawks like him think the US can actually accomplish there?

RH: Well, I know those countries in the Middle East may not be able to compete with America, economically. But their cultural heritage stretches far beyond our own several times more. And their thoughts and beliefs, why they do what they do go back millennia. And to believe that we could go over there, willy nilly and just change the landscape and cultural identity of those people? Saying that is arrogant is an understatement. To go further—we do not know what enemies we are creating by our actions in the Middle East. And that’s dangerous.

TLR: You’ve called for a shift in foreign policy to one that prioritizes diplomacy over military solutions. Are there exceptions to that? I mean, are there any situations other than a response to an actual or imminent attack against our country that require a military rather than a diplomatic response? Or is that about the end of it?

RH: I’m not a supporter of the first strike policy. I can understand the importance on getting the drop on someone. I can understand the military strategy behind that. But when it comes to the grander scale of statecraft… it’s diplomacy first, unless people are already coming to blows. I mean, if somebody attacks us, or—I want to be clear on this—we need to be faithful to our allies. We have to be. As long as our allies are not getting involved in something that is avoidable? If it’s avoidable? We need to go to work on diplomacy. But if it isn’t avoidable, there comes a time when we have to fight. But we can’t break faith with our allies.

TLR: So you’re more opposed to unilateral military action, more so than collective action. If you were in the Senate right now, do you expect that you would vote to confirm Amy Coney Barrett?

RH: I couldn’t say whether I would or not because I haven’t questioned her myself. And I got questions I’d like to ask. Particularly with the Second Amendment, because I would go a lot further than Republicans

You can learn more about Ricky Harrington, Jr. and support him at www.RickyHarringtonSenate.com. 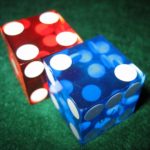 How To Pick The Best Online Casino? 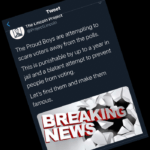