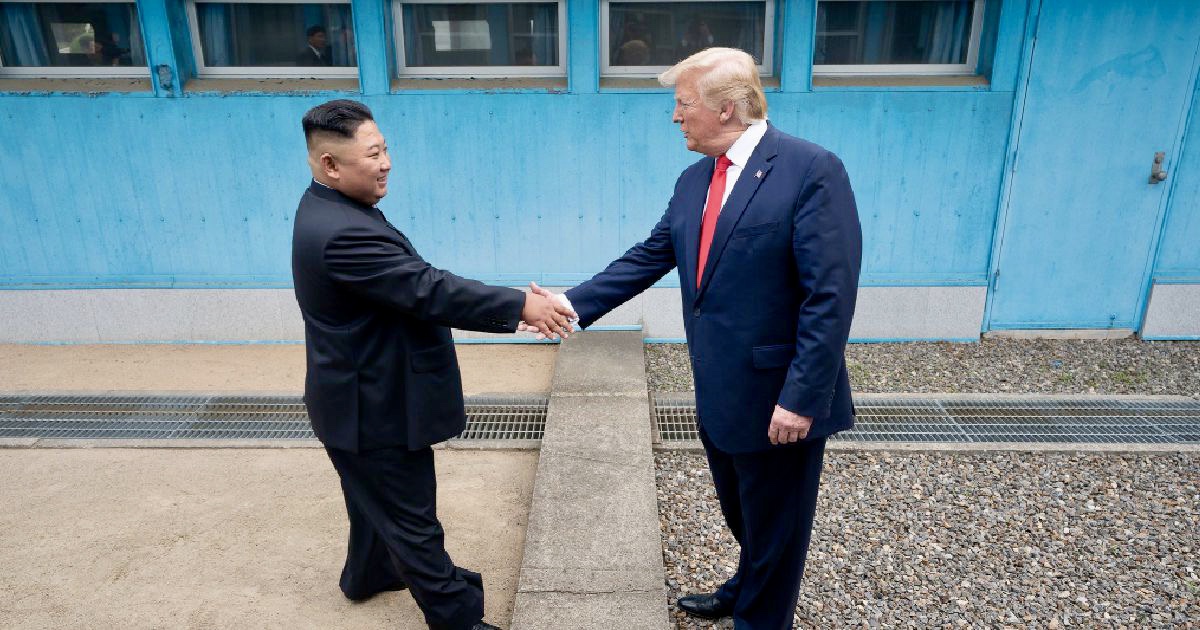 Remember when the Democratic party and the left in general were the anti-war torchbearers? Pepperidge Farm remembers.

What has come to be colloquially known as the ‘anti-war left’ arguably saw its rise during the Vietnam War. Protesters were usually more left-leaning populations such as college students, African-Americans, women, and the arts community. The movement was so broad-sweeping that public opinion quickly turned against the Vietnam War. It all hit a fever pitch when Alaska Senator Mike Gravel read the Pentagon Papers to the press for a subcommittee he chaired.

The anti-war left endured through the end of the Cold War and helped, in part, to elect Bill Clinton. While Clinton was no exemplar for non-interventionism, he rarely deployed troops and came closer than any other president to resolving the Israeli-Palestinian conflict. And while a good portion of Democratic congressmen and women voted for the Iraq War, the anti-war left soon reemerged.

It was this wave that Barack Obama rode to the 2008 Democratic nomination. Of course, Obama’s actual foreign policy agenda was more akin to George W Bush’s than Clinton’s. And ever since then, the anti-war left has been fading away.

The United States now has a president who is sometimes anti-war. In other words, he seems to be inclined to avoid military force, but occasionally Secretary of State Mike Pompeo and National Security Adviser John Bolton convince him otherwise.

Yet, while President Trump is doing what no other president has done by stepping foot in North Korea, Democrats are sharply criticizing him for it. Sure, Trump doing everything short of tweeting kissy face emojis at Kim Jong-Un is concerning given what the North Korean dictator has done. But that doesn’t change how monumental it is that US-North Korean relations have improved so much in a relatively short period of time.

It seems like forever ago when Trump called Kim “rocketman”, but it has actually been less than two years. Some people (myself included) might object to the very notion of carrying out foreign policy by tweet, but it’s undeniable that the US has a better relationship with North Korea than it ever has.

Apparently that’s not good enough, though.

Several Democratic presidential candidates have taken the opportunity to slam Trump for the meeting. Julian Castro said, “It’s worrisome that this president erratically sets up a meeting without the staff work being done, it seems like it’s all for show, it’s not substantive.” Kamala Harris used the meeting as an excuse to call Trump the biggest national security threat to the US.

A Joe Biden’s spokesman said, “President Trump’s coddling of dictators at the expense of American national security and interests is one of the most dangerous ways he’s diminishing us on the world stage and subverting our values as a nation.” Even Bernie Sanders, who has a well-established anti-war record, was critical of the meeting, stating, “We need real diplomacy. What’s going to happen tomorrow and the next day?”

Of course, all of these individuals were quick to criticize Trump for antagonizing Kim two years ago.

This all goes to show that, sadly, the anti-war left is dead and gone. All it takes to see this is a look at the 2020 candidates.

The only candidates to make non-interventionist foreign policy a core part of their platform are Tulsi Gabbard and the aforementioned Gravel. I’ve already talked about how Gabbard is being sidelined in the race., and Gravel couldn’t even qualify for the first two debates despite the integral role he played in opposing the Vietnam War.

Sanders and Elizabeth Warren both say they’re against military interventions, but rarely speak about it. The rest of the candidates have varying degrees of history in supporting interventionist practices, but haven’t really taken a stand one way or the other for their campaigns. It seems as if the approach is just “Whatever Trump is doing is bad.”

While that might play to the base, it’s lacking any real foreign policy. To quote a certain democratic socialist, “What’s going to happen tomorrow and the next day?”

Cindy Sheehan, a notable anti-war activist, echoed this idea during the Obama years in saying, “The ‘anti-war left’ was used by the Democratic Party. I like to call it the ‘anti-Republican War’ movement.”

It’s not really surprising that Trump has these inclinations of anti-war sentiment. He was a registered Democrat all the way up until 1987, and then again from 2001 to 2009. That overlaps with two of the biggest eras of the anti-war left: opposition to the Vietnam War and the broader Cold War, and opposition to the Iraq War.

While Trump’s party affiliation has been malleable, so too has the left’s dedication to their anti-war principles. Democrats in Congress didn’t seem to care when the Obama administration destabilized Libya or killed thousands of civilians via drone strikes.

Now, it seems that Democrats don’t care about South Korean President Moon Jae-in declaring a new “era of peace,” or that North Korean media described the DMZ meeting as “a new history of reconciliation and peace.”

It’s clear that the anti-war left is gone. As Sheehan said, it’s now all about opposing the Republicans, even if that means opposing peace.

In the words of George Orwell, “The war is not meant to be won, it is meant to be continuous. “