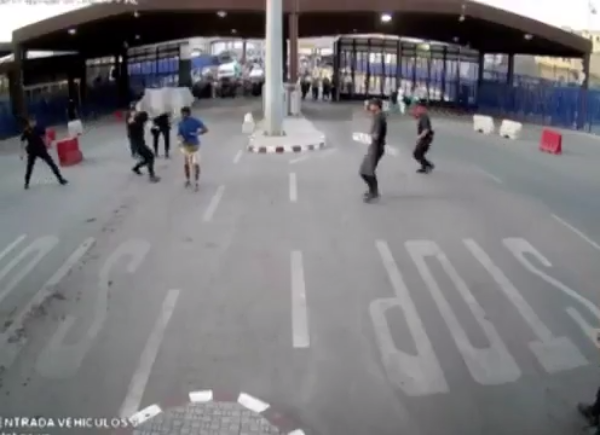 A knife-wielding man shouting “Allahu Akbar” (God is great) tried to attack Spanish police Tuesday moments before an officer knocked him out with a plastic road barrier.

The failed attack took place in the Spanish territory of Melilla, which makes up one of two land borders between the European Union and Africa. The man was circled by a large group of officers as he approached the border post with a knife. One officer sustained light injuries from the attack.

Spain’s Interior Minister Juan Ignacio Zoido posted a video Tuesday showing how the suspect got knocked out by a police officer with a plastic road barrier. A number of officers then wrestled him to the ground and arrested the suspect.

One officer sustained light injuries. Jihadi attacks are rare in Spain but the area is known for clashes between police and migrants who try to reach Europe.

Trump Says Transgenders Will Not Be Allowed To Serve In Military

Facebook Gets Hit With Another Fine For Collecting Data On Users

Catalonia to Spain: Time to Look at Breaking-Up