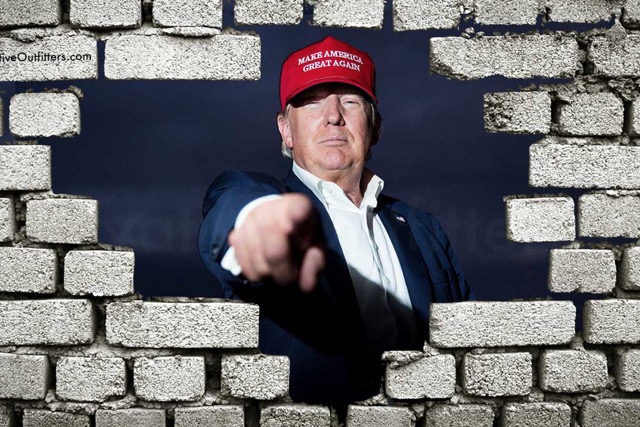 The acting secretary of Homeland Security pushed back on the narrative that President Donald Trump’s border wall is not being built, pointing out that construction has actually been going at an aggressive pace.

“So normally for a federal project of this scope, from the time you get funded to starting, it’s over two years,” Kevin McAleenan said Tuesday on Fox News. “We’ve already built the [fiscal year] 2017 funding in less than two years. That shows how aggressively we’re moving out on this.”

McAleenan — who became acting DHS secretary earlier in April after Kirstjen Nielsen resigned — has been tapped by the Trump administration to lead the agency at a time when the U.S. southern border is experiencing record numbers of illegal migrants, many of them Central American families.

Trump has been forced to fight tooth-and-nail with congressional Democrats over border wall funding. The federal government experienced its longest shutdown in U.S. history as the two camps fought over how much money could be appropriated for wall construction. The White House is being sued after it declared a national emergency on the southern border, allowing it to allocate billions more in funding.

“They helped us repel two attempts by a caravan to enter the United States by helping us fortify ports of entry,” he said to host Dana Perino, adding that their presence has helped free up border agents to enforce immigration laws. “They’re going to be helping us build the wall, too.”

McAleenan called for an overhaul of the country’s immigration laws, but cited two areas specifically that are in dire need of reform. Homeland Security agents, he argued, need to be able to detain migrant families together and also have ability to repatriate migrant children from noncontiguous countries.

The requests closely mirrored what former DHS secretary Nielsen asked of Congress in March. The since-axed secretary sent a letter to lawmakers asking them for legislative fixes that would address a number of issues that have contributed to the immigration crisis. Namely, current immigration laws are not well-equipped to handle the massive number of family units from noncontiguous countries, which has resulted in overcrowded detention centers across the country.