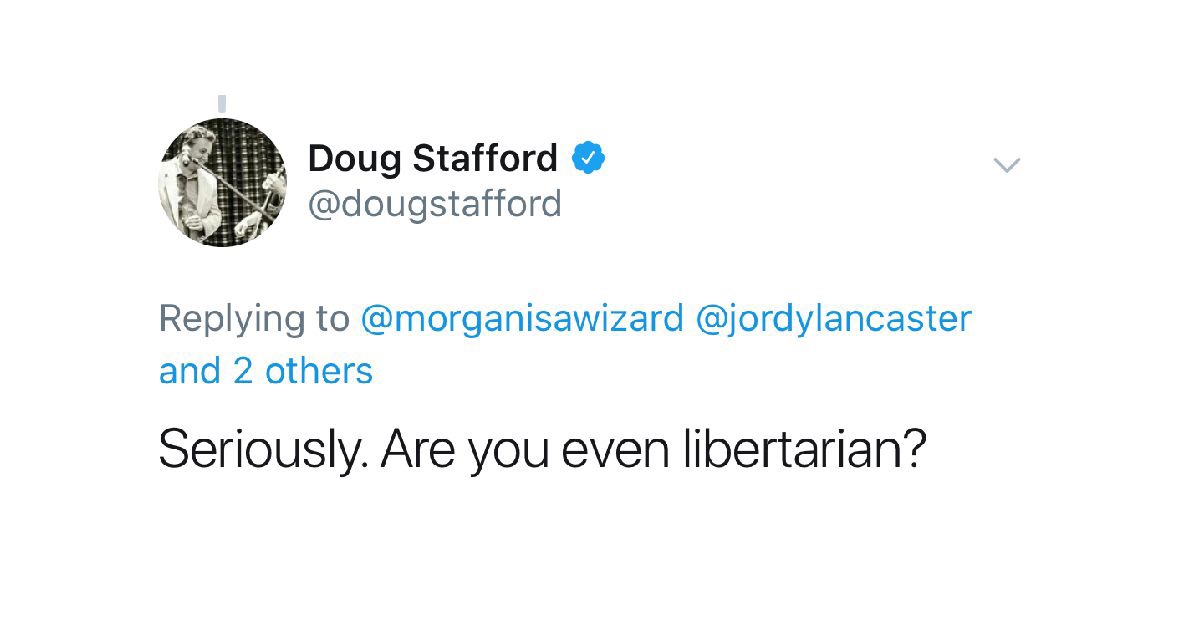 Libertarians are known for a lot of things. Roads. Open borders. Free trade. End the Fed. Legalize ev-ery-thing. Privatize it all. Taxation is Theft. The naked guy. Selling heroin to five-year-olds. Machine guns, tanks and nukes! AM I BEING DETAINED???

What they AREN’T known for is their sense of humor. (Are you even a ‘real’ Libertarian?)

The Libertarian Party asked Twitter, “In your words, what do Libertarians believe?”

Turns out, some Libertarians DO have a sense of humor. (They’re not ‘real’ Libertarians, tho…)

high on heroin doing legal sex work with a whale without seatbelts or driver's licenses https://t.co/QYBO2ebCOT

Only if you are paying the whale in Bitcoin.

ALL WHILE CARRYING THE MEASLES AND A GUN

C'mon, Ray, the state shouldn't be involved in marriage.

Wow so many activities

Under our new Libertarian overlords, you might have to cut back to A Crime a Week.

Driving a car armed with my very own tactical nuclear weapons.