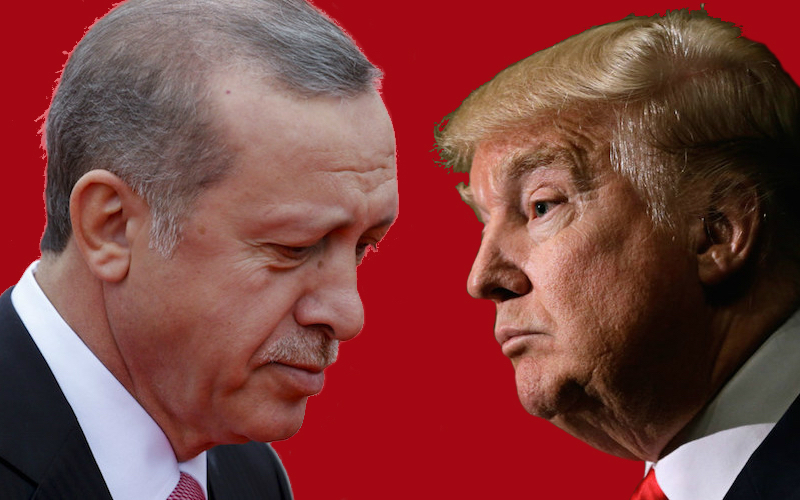 Erdogan declared that U.S. reliance on these Kurdish groups “will never be accepted” and goes against “past agreements,” while standing next to Trump. Turkey is a key NATO ally, an anti-ISIS partner, and shares a border with Syria. Turkey has, however, expressed grave concern over U.S. reliance on Kurdish groups, whom the Turks regard as an existential threat to their existence.

Trump made the May 9 call to heavily armed Kurdish militia groups who are part of a coalition of Syrian fighters the U.S. sponsors in the fight against ISIS. These fighters will be provided heavy weapons and U.S. air support to retake ISIS’s capital of Raqqa, where U.S. shaping operations have already begun.

“This decision was probably necessary if the coalition to defeat the Islamic State was to take Raqqa without huge numbers of U.S. troops being directly involved,” former top Pentagon Middle East policy official Andrew Exum told The New York Times in the wake of the decision. He continued, “but this decision — to arm a group closely associated with a foreign terrorist organization, and one that has waged a decades-long insurgency against the Turkish state — will likely reverberate through U.S. relations with Turkey for decades to come.”

The U.S. has relied on these fighters since the Obama administration, much to the chagrin of Turkey. Turkey went so far as to bomb several of the fighters in late April despite the nearby presence of U.S. special operators. In spite of overwhelming protest from the Pentagon, a top aide to Erdogan told Turkish media in early May that the strikes may continue even if U.S. forces are present.

Turkey predominantly fears that the Kurdish groups will use the weapons to establish a semi-autonomous state along the Syrian-Turkish border after ISIS is defeated.

“We are either strategic allies and decide together, or we are not, and then we have to go our separate ways,” Erdogan said of his relationship with the U.S. before boarding his flight to Washington.

The Death of the American Dream: Part 3