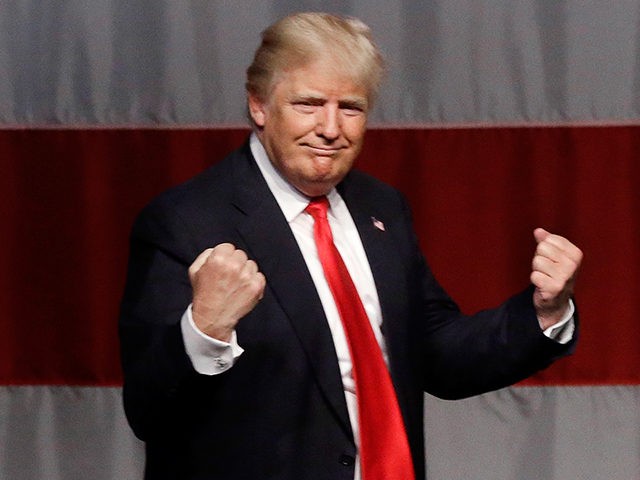 President Donald Trump is much more “vicious” and “aggressive” than his predecessor, a North Korean official argued Friday.

“Now we are comparing Trump’s policy toward the DPRK with the former administration’s, and we have concluded that it’s becoming more vicious and more aggressive,” North Korean Vice Foreign Minister Han Song Ryol told the Associated Press.

During the Obama administration, Pyongyang faced an approach known as “strategic patience,” which involved pressuring the regime with sanctions and rhetoric in hopes for a change in its behavior.

“The only accomplishment of the Obama administration is that it is leaving behind for the new administration coming next year the burden of having to deal with a strong nuclear power,” the Rodong Sinmun, a state paper, reported last November.

“Let me be very clear: the policy of strategic patience has ended. We are exploring a new range of security and diplomatic measures. All options are on the table,” Secretary of State Rex Tillerson told reporters in South Korea last month.

“We will go to war” if the U.S. provokes us, the official explained, adding, “We’ve got a powerful nuclear deterrent already in our hands, and we certainly will not keep our arms crossed in the face of” a U.S. strike.

Han refuted Trump’s accusation that “North Korea is looking for trouble,” claiming, “Trump is always making provocations with his aggressive words. It’s not the DPRK but the U.S. and Trump that makes trouble.”

The vice foreign minister explained that as long as the U.S. continues to move strategic assets towards the peninsula and carry out joint military exercises, which North Korea argues are “the most undisguised nuclear war maneuvers,” North Korea will continue to bolster its defenses.

“As long as the nuclear threats and blackmail go on with the military exercises, we will carry forward with our national defense buildup, the core of which is the nuclear arms buildup,” he said.

“Whatever comes from the U.S., we will cope with it. We are fully prepared to handle it,” Han said. “If the U.S. comes with reckless military maneuvers, then we will confront it with the DPRK’s pre-emptive strike.

Nuclear tests are difficult to predict though.

“That is something that our headquarters decides,” Han said of another nuclear test. “At a time and at a place where the headquarters deems necessary, it will take place.”