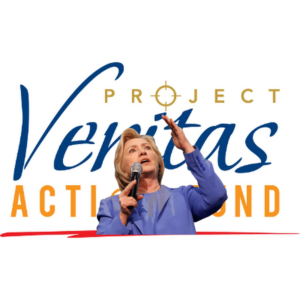 After releasing other damning videos of potential election rigging by those connected with the official campaign of Hillary Clinton, guerrilla journalist and creator of Project Veritas James O’Keefe released a video which claims to show direct evidence of collusion between the campaign and a non-profit organization, Americans United For Change (AUFC). If true, this action would be a clear violation of Federal Elections Commission (FEC) laws.

The video plays an admission by Democracy Partners chief Robert Creamer that his organization is playing out a plan set forth by the Clinton campaign.

Part III of the undercover investigation dives further into the back room dealings of Democratic politics. It exposes prohibited communications between Hillary Clinton’s campaign, the DNC and the non-profit organization Americans United for Change. And, it’s all disguised as a duck.

It is made clear that high-level DNC operative Creamer realized that this direct coordination between Democracy Partners and the campaign would be damning when he said: “Don’t repeat that to anybody.”

It was earlier this year when people wearing Donald Duck costumes started showing up at Donald Trump events all over the country. Brad Woodhouse is the president of Americans United for Change (AUFC) and he worked with Robert Creamer, Scott Foval, and DNC Rapid Response Coordinator Aaron Black to launch their “Donald Ducks” campaign.

Prior to this newest video release, Creamer and another Democratic operative, Scott Foval, had resigned due to the pressure placed on them by the two previous Project Veritas videos.

It should also be mentioned that Creamer has deep ties to Democrats all over the nation, not just the Clintons. This even reaches President Barack Obama‘s White House, a place which Project Veritas states he visited 342 times, and 47 of those visits were said to be directly with the President himself. Adding fuel to the fire is the fact that this is not Creamer’s first run-in with corruption allegations. He has been found guilty of “using bad checks to prop up his struggling consumer group and for a tax charge,” according to a New York Times article.

It seems that between the Wikileaks revelations, and now Project Veritas, there may not be a shadow left for the Clinton machine to hide in any longer. Every day, it appears there is a new accusation or scandal being uncovered, and what is left to be determined is how it will all affect voters’ perceptions of her ability to serve as Commander-in-Chief.

If she wins election, Clinton could set a new standard for most baggage ever accepted by the American populace in a presidential election.