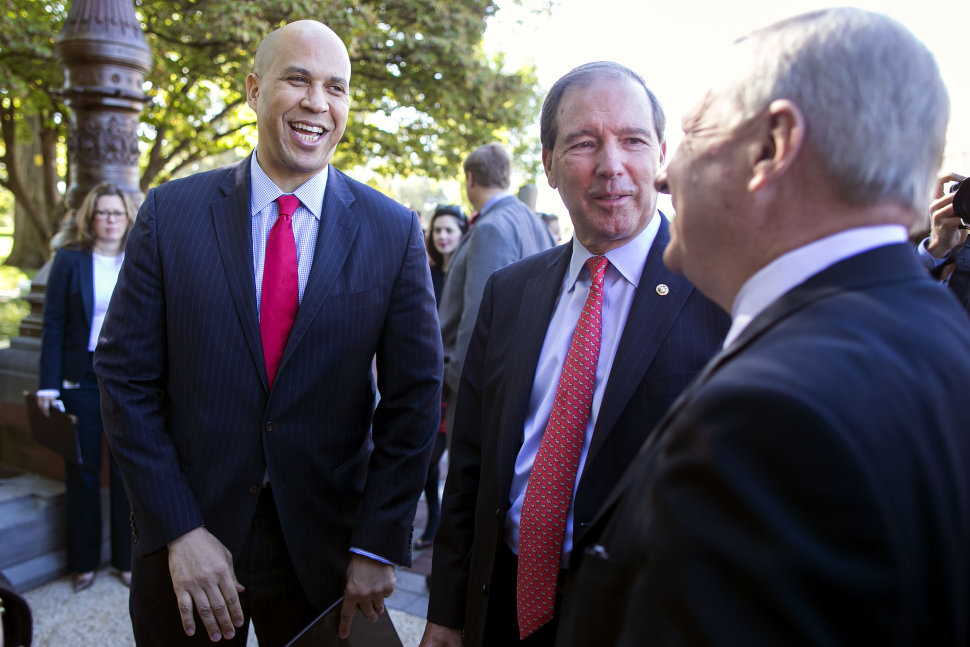 Congressional Democrats are taking aim at a law that has allowed the Trump administration to roll back many of former President Barack Obama’s climate regulations.

The president has used the Congressional Review Act (CRA), a law passed in 1996 that makes it easier for lawmakers to repeal regulations from the executive branch. Congress only needs a simple majority to nix recently issued regulations, but it must act on the regulation within 60 days.

Booker and Udall’s proposal would allow federal agencies to reinstate rules that have already been struck down under the CRA, which has been used only once since 2001, when former President George W. Bush used it to repeal a Clinton-era labor rule.

“It’s like using a sledgehammer when a chisel is needed,” Udall said. “The CRA never should have been passed into law, and it’s past time to repeal it.”

The Senate is considering a CRA bill to wipe out rules on hydraulic fracturing on public lands. Eliminating the rule could save taxpayers $1.8 billion and eliminate 82,170 hours of paperwork, according to AAF.

Prof Receives Over $200,000 To Study Microaggressions