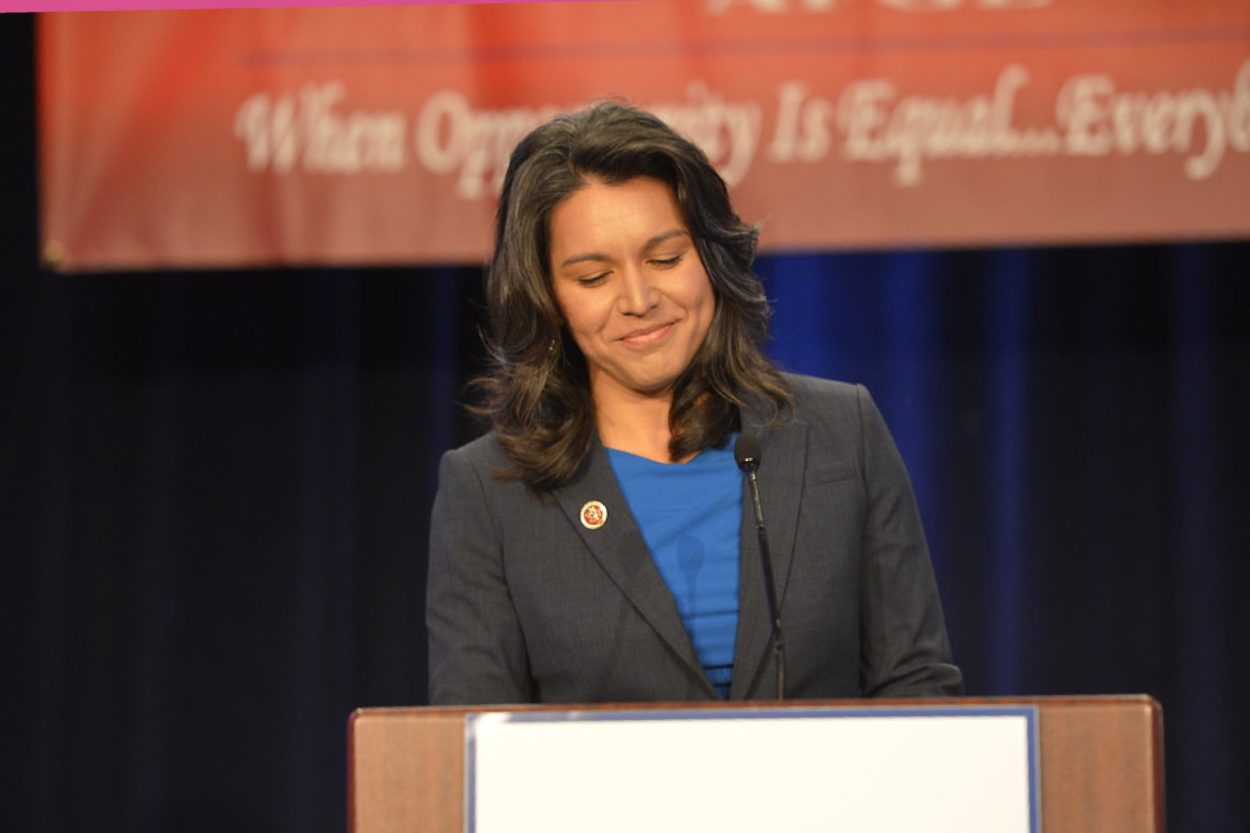 The Democratic party has a candidate problem. Twenty-four candidates are currently in the race, and after two rounds of primary debates, the field still feels crowded.

The DNC is hoping that their stricter qualification rules for the September and October debates will significantly thin the pack. For these debates, candidates must get 130,000 unique donors and reach 2% or higher in four different DNC-approved polls.

As of this article’s publication, only nine candidates have qualified: Joe Biden, Bernie Sanders, Elizabeth Warren, Kamala Harris, Pete Buttigieg, Beto O’Rourke, Cory Booker, Amy Klobuchar, and Andrew Yang. Julian Castro, the former Secretary of Housing and Urban Development, is one qualifying poll away from meeting the criteria as well.

The only other candidate that is close to doing so is Hawaii Representative Tulsi Gabbard, who saw a massive uptick in donors after her debate performance in which she roasted Harris.

Since then, Gabbard has shot past the 130,000 donor threshold, and as of Aug. 11, she was sitting at 159,514 individual donors. That took care of one-half of the qualification criteria for the next two debates.

Where Gabbard is seeing some struggles is in the polling numbers. Well, sort of.

The reality is that since June 28 (the first day of the time in which polls can be counted towards September qualification), Gabbard has hit 2% or higher in eight different polls, which is more than the already-qualified Klobuchar and Yang.

Yet, the DNC only counts one of those as an approved poll, meaning Gabbard still needs three more polls to her resume. If she can’t do that, missing the September debates will be a de facto death blow to her campaign.

Gabbard, a staunch anti-war candidate, has been getting the ‘Ron Paul treatment’ from the DNC and the media since ABC’s first primary debate. While her appeal to the voters has been demonstrated (as she was the most googled candidate after each debate), she’s still getting push back. It seems almost improbable that Gabbard can continually pull between 2 and 3% in some polls and then struggle to register even 1% in what the DNC counts as polls.

Of course, the DNC has plenty of reason to not like Gabbard.

Back in 2016, Gabbard resigned from her position as Vice-Chair of the DNC to endorse Sanders and call out the corruption of the Democratic primary, which led to this email exchange from DNC officials Darnell Strom, Michael Kives, and John Podesta. Former DNC Chair Debbie Wasserman-Schultz also had a very public feud with Gabbard at the time.

The DNC might soon get to hammer a nail in the coffin of Tulsi’s presidential campaign. Perhaps it’s just a coincidence that the polling results are working out the way they are, but in the context of everything that happened in 2016, this seems to be pretty curious.