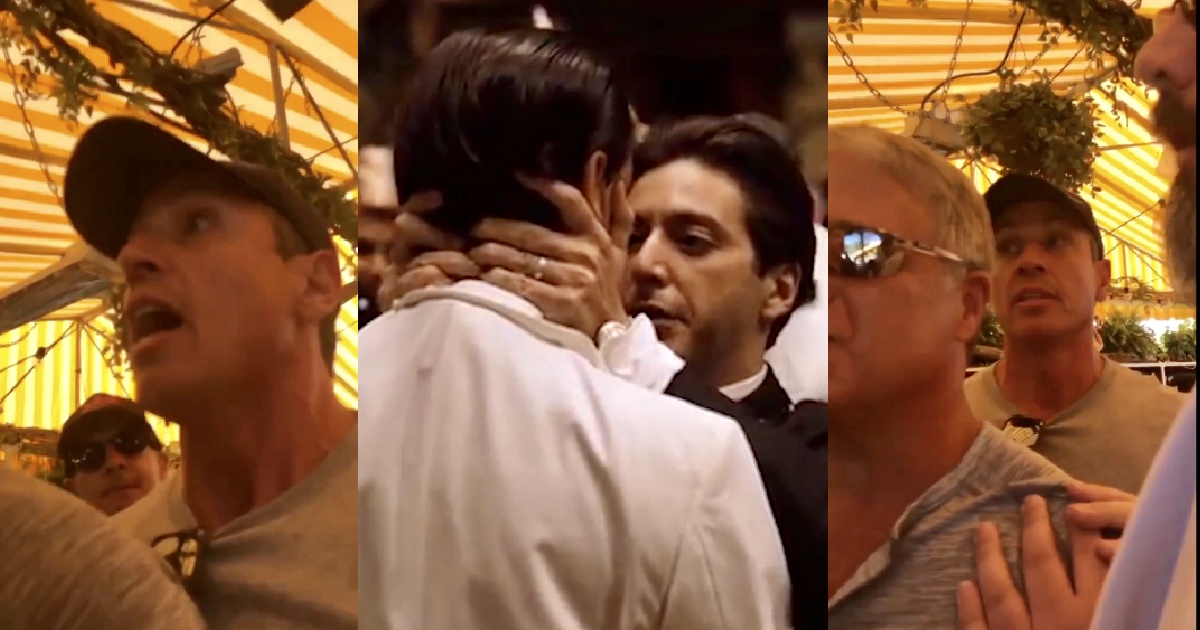 CNN anchor Chris Cuomo was filmed threatening to throw a man down the stairs after he was called “Fredo” by a fan of Rush Limbaugh who wanted a picture with the news anchor, according to That’s the Point with Brandon who broke the story Monday.

The video footage documents the altercation between Cuomo and the alleged heckler calling him ‘Fredo’, which is the name of the youngest son in the mobster movie series, “The Godfather.”

Cuomo was undeniably angry at being called the name, which he claimed was a racial slur for Italians equivalent to calling black Americans the n-word, and a name people on the political right use to insult him.

The unidentified man tells the CNN anchor he really thought his name was Fredo, which escalated the situation as Cuomo threatened to throw the man down a flight of nearby stairs.

“If you want to play, then we’ll fucking play,” Cuomo said. “If you’ve got something to say about what I do on television, then say it,” he continues.

It was not until after the anchor’s threats of violence toward the man that Cuomo’s security jumped in to break up the altercation.

Both CNN’s Matt Dornic and Fox News anchor Sean Hannity defended Cuomo’s actions after Donald Trump Jr. took a stab at CNN for their lack of coverage of the incident.

I assume @cnn not available for comment. Imagine their coverage of this if they were a real news organization? https://t.co/uH2biAkKUZ

“Chris Cuomo defended himself when he was verbally attacked with the use of an ethnic slur in an orchestrated setup. We completely support him.” Dornic tweeted.

Chris Cuomo defended himself when he was verbally attacked with the use of an ethnic slur in an orchestrated setup. We completely support him.

Hannity echoed Dornic’s sentiment, but took it a step farther, saying the man owed Cuomo an apology for his actions.

“I say good for @ChrisCuomo -- He’s out with his 9 year old daughter, and his wife, and this guy is being a jackass in front of his family. Imho Chris Cuomo has zero to apologize for. He deserves the apology.”

I say good for @ChrisCuomo

He’s out with his 9 year old daughter, and his wife, and this guy is being a jackass in front of his family.

Imho Chris Cuomo has zero to apologize for. He deserves the apology. https://t.co/VnyMNgz14U

Whether or not Fredo is an ethnic slur is still being debated, but in an ironic turn of events, Monday was the birthday of John Cazale, the actor who played ‘Fredo’ in “The Godfather” trilogy.

The actor who played Fredo was born today.

The giant simulation in which we are all living is clearly on the fritz…or has a wicked sense of humor. https://t.co/n4Gwv4lTE5

Of course, this wouldn’t be complete without a tweet from the President, who couldn’t resist taking a jab at Cuomo and CNN this morning.

Everyone Loses and No One Wins With Immigration Crackdowns