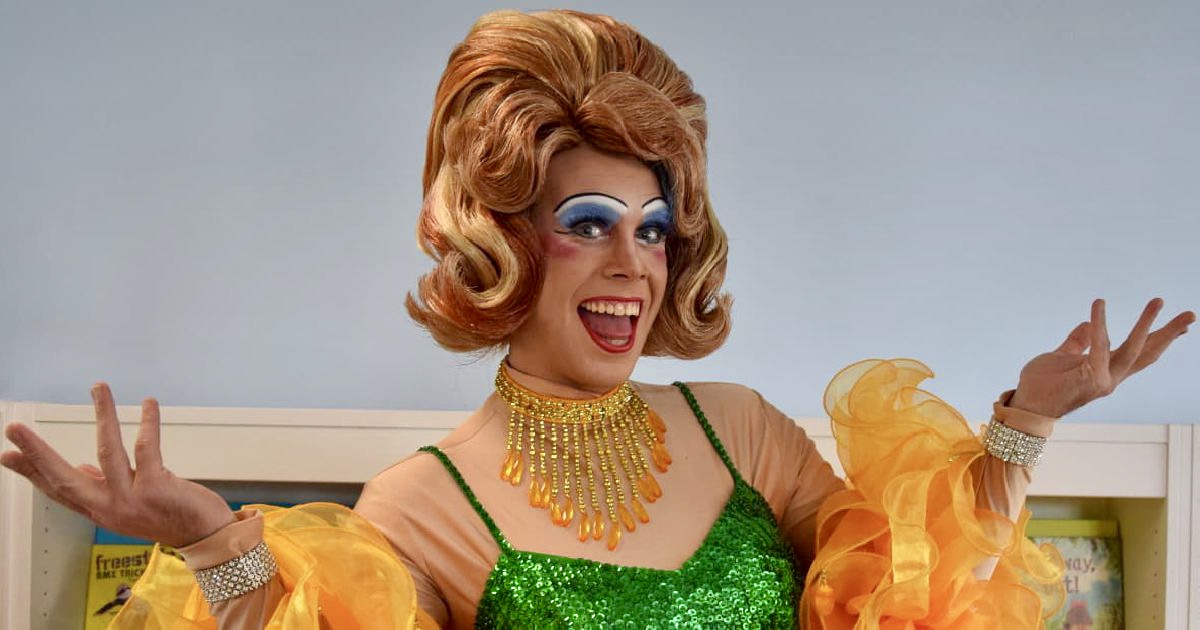 A drag queen in  Devon, England was filmed showing children how to twerk at an event known as Drag Queen Story Hour, according to LifesiteNews.com.

The drag queen known as Mama G demonstrated the sexually suggestive dance to the children who were in attendance at his story hour which has been promoted by Devon Libraries as “sharing tales that celebrate being who you are & loving who you want.”, according to Petite Pantos theater.

Before telling his story to the children, Mama G asked if anyone was familiar with the video game FortNite as a character in the game supposedly twerks then proceeds to show the children in attendance how to do the sensual dance.

“All you need to do is you just need to stand with your feet sort of shoulder-width apart like so…and then you crouch down in this sort of position, so you’re bump’s sticking out,” Mama G says, briefly looking back to ask someone off-camera if they’re “taking this all in.” And “then you just move your bum up and down like that. And that’s twerking”, says Mama G.

Devon Libraries received much criticism for the event by parents and concerned adults on their Twitter page for what they viewed as highly inappropriate behavior for children.

FFS this is so not appropriate for children. It's disgusting misogynistic, over-sexualised and wrong on so many levels.

Please provide proper safeguarding advice to your agent. They should not solicit private contact with children.

@DevonLibraries I fear you will regret allowing this sexist bloke on an ego trip to take the piss out of you. This is the very opposite of 'being who you are'! My children would have found this alarming and confusing, and would probably have been put off books for life.

This man asks _children_ to DM their email addresses. This contradicts safeguarding guidelines, and plain common sense. Have you no brains or morals? pic.twitter.com/0TIzmqU7HI

Loving who you want = children?!?

Drag Queen Story Hour is a San Fransico based organization that does events all around the world.

“DQSH captures the imagination and play of the gender fluidity of childhood and gives kids glamorous, positive, and unabashedly queer role models. In spaces like this, kids are able to see people who defy rigid gender restrictions and imagine a world where people can present as they wish, where dress up is real,” says the organization’s website.

DQSH has drawn much criticism and concern for allowing convicted sex offenders and sexual predators near children, performing X-rated skits with cartoon characters and a wide range of inappropriate behavior with kids.

Individuals have a right to live free according to the dictates of his or her own conscience, but predatory acts against children or any other vulnerable members of society is unacceptable and at odds with the principles of a free society.