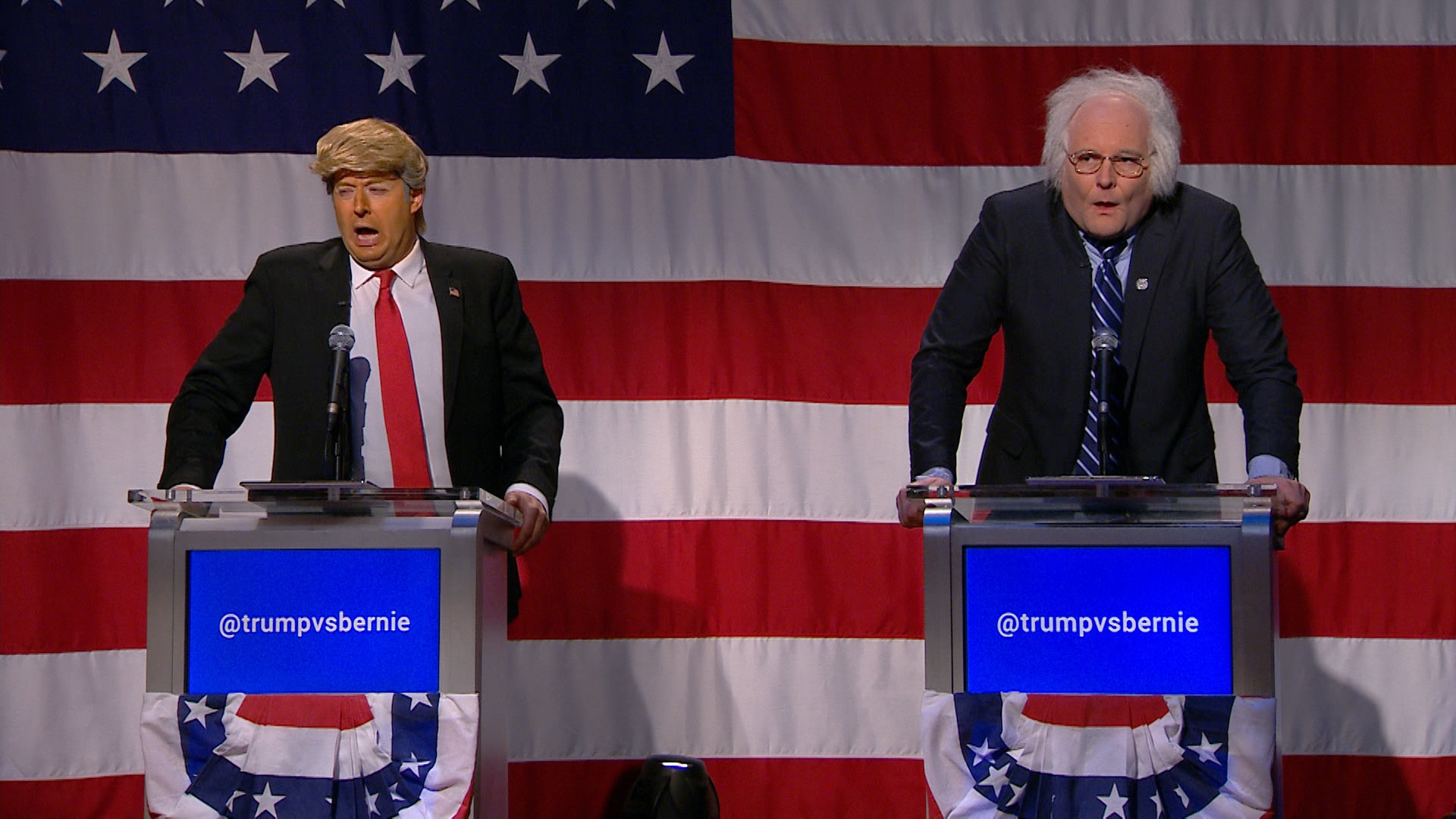 Actors portraying Bernie Sanders and Donald Trump debate border chickens and even their likeness to Jesus on @Midnight With with Chris Hardwick and it was indeed, hilarious!

The March 23rd skit portraying Sanders and Trump played by actors James Admomian and Anthony Atamanuik might be the most believable impersonations to date.

“I’m telling you, that’s an immigrant chicken, I’m telling you right now,” Trump (Anthony Atamanuik), responds. “And there are many Mexican chickens, I’ve been to Mexico, I’ve seen the chickens.”

Sanders (James Admomian) responds, “I sat down with the chickens.”

“It turns out, he crossed the road to draw attention to the crumbling infrastructure that chickens have to face every day of their lives,” he said.

Ann Coulter: “I Worship Trump. . .I Would Die For Him”

Jon Stewart is more trustworthy than MSNBC according to new study