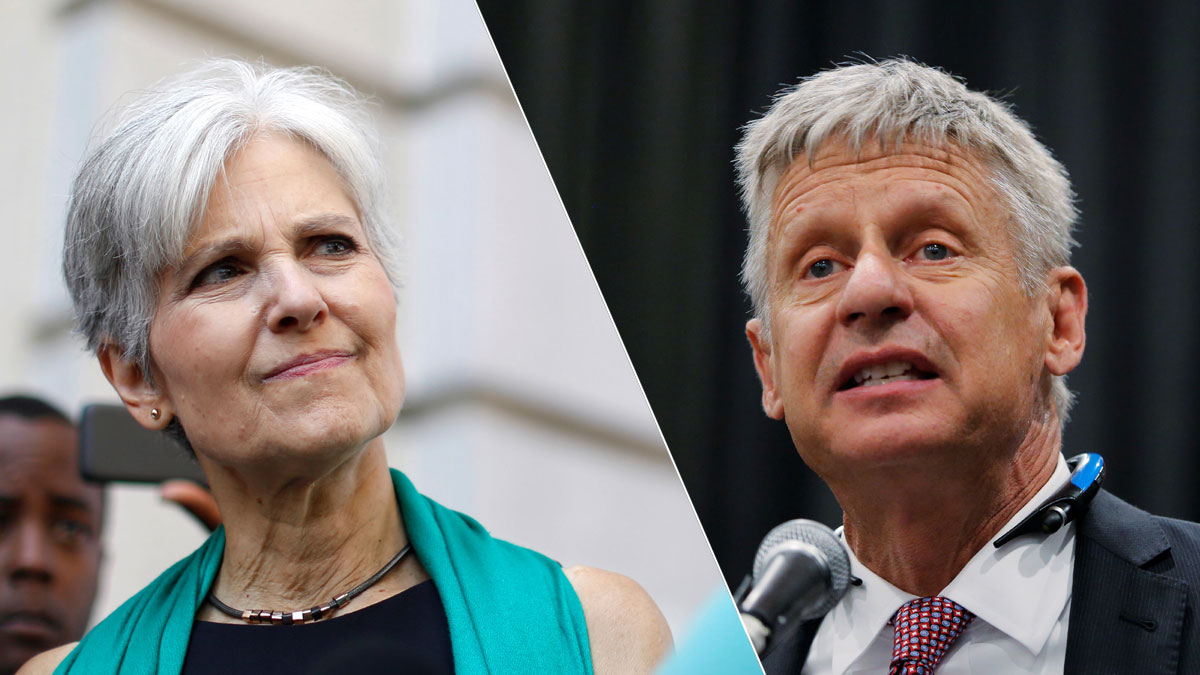 Just as soon as Donald Trump was declared the victor in Tuesday’s (somewhat) tight election, some progressives went to social media to lay the blame at the feet of third-parties. Presidential candidates other than Trump or Hillary Clinton received over 6 million votes.

There ought to a major grain of salt when speculating how many of Gary Johnson‘s voters “would have” turned out to vote and then picked Clinton over Trump. In fact, there may be some early indication that those who indicated they would vote for Johnson instead cast their ballots for Trump instead purely out of distaste for Clinton.

That aside, this defeat is purely the fault of the Democratic Party. They cleared the path for a Clinton candidacy in spite of the fact that she spectacularly failed against Barack Obama in 2008 in a race where she was highly favored. Any serious challengers, including Joe Biden and Elizabeth Warren, were scared off in the name of uniting the party.

Clinton therefore received only token opposition, first from various largely-anonymous Democrats who are no longer in office, and later from socialist Independent Senator Bernie Sanders. In spite of beginning the race with nearly no name ID and with the entire Democratic Party against him, Sanders won multiple states and made the primary slightly too close for comfort.

Beyond her personal issues and scandals (which are far too many to name), Clinton simply lacked the spark which Obama had had in 2008, just as her own husband had displayed in 1992. While the former was able to ignite young people and minorities on a progressive message of hope, Bill Clinton used a Southern blue-collar appeal to court Reagan Democrats. Conversely, Mrs. Clinton did neither, and with all the charisma of Mitt Romney and John Kerry.

Simply put, Clinton presented a Woodrow Wilson-like version of the Democratic Party (exactly) 100 years too late. Rather than embracing the anti-war movement, she gained notoriety among neoconservatives for being more hawkish than some Republicans. On civil rights and civil liberties, where progressives have achieved the most in the past decade, she has been squarely on the wrong side, either flipping her position or awkwardly attempting to “wallpaper over” past indiscretions.

Much like the myths of Ross Perot and Ralph Nader, if a 2016 tale of third-parties is to arise, it too will be just that: a myth. Rather, the result of the 2016 election and Clinton’s failure therein is a result purely of the hubris and stubbornness of the Democratic Party, as well its tone-deafness and elitism in hand-picking its nominee.

WATCH: ABC Laughs as US Rep Warns of “President Trump” in July 2015