After what may have actually been the world’s longest flirtation period, independent Representative Justin Amash declared on Tuesday he was forming an exploratory committee to seek the Libertarian party’s nomination for president. While not technically a presidential campaign announcement, an exploratory committee is usually a mere formality before launching the campaign itself. Amash, a rising libertarian star, has long teased such a run but declined to ever get in until now.

Today, I launched an exploratory committee to seek the @LPNational’s nomination for president of the United States. Americans are ready for practical approaches based in humility and trust of the people.

A few months ago, this development would have been more like a coronation, as Amash would likely cruise to the nomination. But choosing to declare now, with the Libertarian national convention just over a month away, may have cost Amash the kind of warm reception he’s likely hoping for.

Ideologically speaking, Amash fits better with the Libertarian party than he ever did with the Republican party – which he departed from last summer over his calls for President Trump’s impeachment – and has been the most consistently libertarian voice in Congress over the last ten years. Some Libertarians will take issue with his stances on immigration or abortion, but it’s hard to deny that Amash understands the root philosophy of libertarianism.

But Amash has opened himself up to another line of more potent criticisms from the party he just joined. Firstly, there will be (and already are) those who insist he’s just another washed up Republican opportunist trying to take advantage of the party like Bill Weld and Bob Barr have done in the past; a similar line of attacks was levvied against Lincoln Chafee, who dropped out a couple weeks ago after it was clear he wasn’t generating much traction.

Amash will also face some tough questions about why he waited as long as he did, which further add to the perception of him as some type of Libertarian carpetbagger. Recently, the party saw longtime Libertarian Judge Jim Gray join the race, and even his deep roots in the party didn’t save him from a wave of people questioning his motives and timing.

The thinking of many Libertarians is that other candidates – such as Jacobb Hornberger, Vermin Supreme, Adam Kokesh, and Jo Jorgensen – have all been in the race longer and have been going around to the different state conventions to speak with party members and delegates. That Gray entered as late as he did seemed unfair to some, as he won’t have to travel or defend his candidacy at the debates that usually happened at the conventions.

Not only will Amash have to deal with that same criticism, but he’ll also have to explain why he doesn’t need to “pay his dues” in the party before seeking the party’s nomination. When Amash left the GOP last July, he could have joined the Libertarian party at that point, but chose to register as an independent instead. It’s not hard to argue that he cares more about promoting his own profile than that of the Libertarian party, whether or not that is actually the case.

Finally, Amash’s last-second entrance ensures that he’s facing a stacked field. The candidates that have been in the race longer have already built up strong bases of support, and Gray’s entrance only added to the compeitition. Any intentions of Amash securing the party’s nomination on the first or even second ballot are likely an illusion at this point.

Of course, as a sitting member of Congress, Amash would be the most high-profile nominee in the party’s history and will likely still win the nomination because of that, along with his eloquent communication skills and broad appeal across party lines. But Amash may have to sit through multiple nominating ballots at the convention before earning a simple majority of votes. And such a headache would be entirely his own doing.

Only time will tell, but at least we can all stop wondering about whether he’ll run or not. Instead, we can all obsess over how many ballots it will take to choose the party’s nominee. 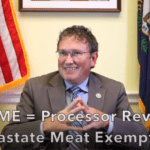 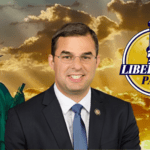