Pending any postponements due to COVID 19, the Libertarian national convention is less than two months away. Over a thousand delegates will convene, either in Austin, Texas or over some sort of virtual method, at the end of May to choose the party’s presidential and vice presidential nominees.

It has seemed to be mostly a two-man race between Jacob Hornberger and Vermin Supreme, with the likelihood that the nominating contest could go through multiple ballots before a candidate is able to secure a simple majority of votes from delegates.

But on Monday, a new contender entered the race with the potential to become the frontrunner almost immediately.

Judge Jim Gray announced his bid for the party’s nomination via email to his supporter list and included that he would be joined by Larry Sharpe as his vice presidential running mate.

Gray has been with the party since 1998 and ran as Gary Johnson’s running mate in 2012, when the two of them garnered what were then record-breaking vote totals. Gray had a nearly 30-year career as a judge in California, including a full two decades as the presiding judge of the Superior Court of Orange County, California. He also ran for US Senate in 2004 and came in fourth place with 1.8% of the vote. Much of Gray’s judicial career was focused on drug policies, making him a vocal opponent of the drug war.

Sharpe is a bit newer to the party, having joined around 2012 over his interest in Johnson’s presidential campaign. A native New Yorker and Marine veteran, Sharpe’s entrepreneurial ventures resulted in him creating the online business training company Neo-Sage Group. Sharpe exploded onto the scene in 2016 when he ran to be the party’s vice presidential candidate and lost to Bill Weld by just 32 votes on the second ballot. He then ran for governor of New York and set records for the Libertarian party in New York after getting 1.56% of the vote, achieving automatic ballot access for the first time in the state party’s history.

In the email announcement, Gray explained that his decision to enter the race was in part due to Lincoln Chafee dropping out:

“After [Chafee] hung up the phone, his staff members asked if I would consider running in his place. My answer was no. But, since they were persistent, I told them that I would take two days to consider that possibility.”

“During those next two days,” Gray continued, “I spoke to several high-ranking and well-respected Libertarians around the country, and they were all supportive and even enthusiastic. So, also considering the fact that I always thought I would be a good candidate, I called Larry Sharpe, who is a friend in New York who was a great Libertarian candidate for Governor in the 2018 election.

During the discussion, I told Larry that if he would be my running mate, I would throw my hat in the ring. On Friday, April 10 he agreed. So that afternoon we had a Zoom meeting of Governor Chafee’s staff, along with the campaign manager of Riverside County Board of Supervisor Jeff Hewitt’s campaign where we introduced ourselves to each other and then started planning our campaign.”

Gray and Sharpe are two of the most well-respected members of the Libertarian party, and both have strong ties to Johnson, who represented the party in the last two election cycles and has, statistically speaking, been the most successful nominee in party history. For the faction of party delegates who still don’t have a strong preference for the nominee (which seems to be a large faction at this point), a Gray/Sharpe ticket could pose a serious bid for the nomination.

The familiarity that most delegates have with both of these candidates, as well as the groomed, professional outward appearance they would project as the nominees, could give them the edge when it comes time to nominate a ticket in late May. Of course, getting in the race this late could also pose problems, and not being able to stand in front of delegates at state conventions and the national convention robs them of the advantages other campaigns enjoyed before the coronavirus outbreak.

Still, don’t be surprised if the Gray/Sharpe campaign picks up steam in the coming weeks and rolls into the convention as the unquestioned frontrunner. If it wasn’t already, this presidential primary just got interesting. 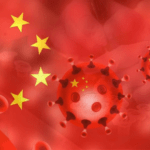 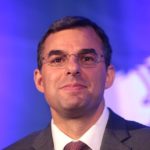