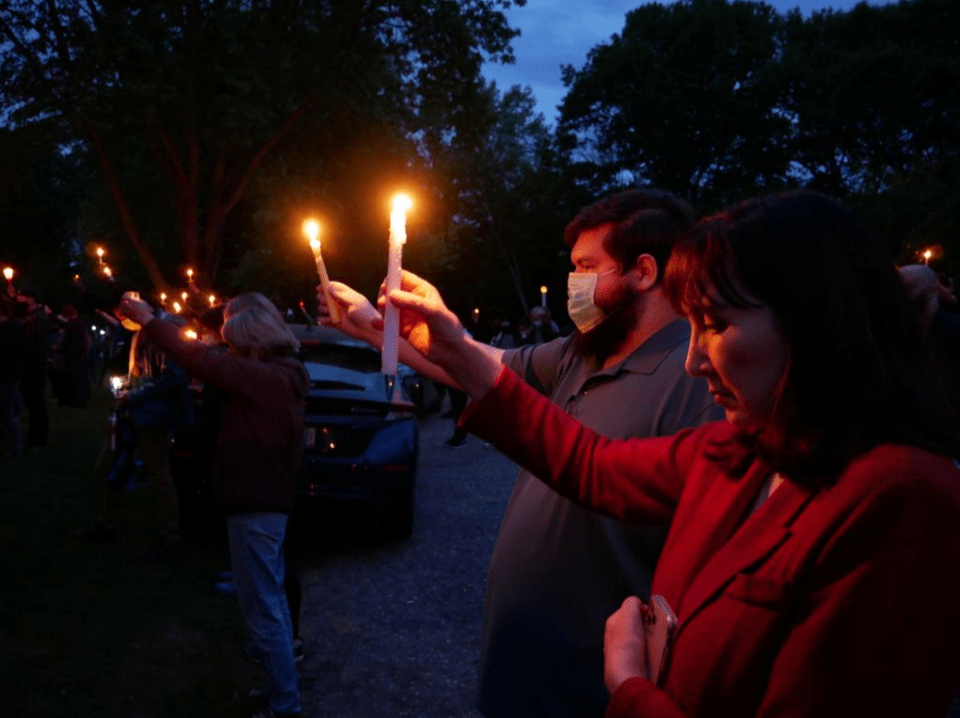 With the nation still in chaos from the fallout of George Floyd’s murder, the political response has been a mixed bag, to put it mildly. Hawaii Senator Brian Schatz and Kentucky Senator Rand Paul are working to demilitarize the police; Michigan Representative Justin Amash is introducing legislation to end qualified immunity; and a gaggle of senators are making a similar move to Amash.

Then there’s the flip side: Arkansas Senator Tom Cotton recommended deploying the military. President Trump listened to him. Joe Biden recommended shooting black people in the leg as a type of policing reform. A very mixed bag indeed.

But while so many politicians are talking about what they’re going to do, Libertarian presidential candidate Jo Jorgensen instead opted to listen and show solidarity. On Tuesday night, Jorgensen attended a Black Lives Matter candlelight vigil in New Hampshire alongside other Libertarian candidates for state and local office.

Last night, I attended the #BLM candlelight vigil to honor victims of police brutality.
I did not speak, for they are not my stories to tell.
Now is the time to listen, to remember and honor these victims. #SayTheirNames pic.twitter.com/pb5nmMS4oW

3 @LPNational candidates and the party chairman go walk into a #BlackLivesMatter protest, listen without speaking, loot absolutely nothing and leave better informed about the experience of black and brown Americans. That's it. That's the tweet. pic.twitter.com/hpzr6MFYYS

Jorgensen has been quite outspoken on social media regarding the murder of Floyd and the ensuing responses to it. In a long Twitter thread, she listed out several kinds of reforms to correct and prevent these tragedies from occurring going forward.

You don’t end riots that were caused by excessive force with even more force. #InsurrectionAct

Last week, when protests and riots started to pop up across the nation, Jorgensen also took a strong stance in favor of the protesters. She rightly pointed out that the right to protest is a fundamental right entrenched in the Constitution for the sole purpose of standing up to tyranny. Jorgensen also called out the inappropriate response to the protesters by law enforcement.

Peaceful protests were met with a full militarized police response. Chemical weapons were deployed to silence those unwilling to stand by while the system refused to prosecute their own, once again.

“Riots are the language of the unheard” -MLK

Jorgensen’s response to this unique moment in time sets her apart from Trump and Biden, the two candidates she’s going up against. While Trump has very clearly taken the side of law enforcement and Biden has stumbled over himself in his ill-fated attempts to connect with the black community, Jorgensen has explicitly chosen to stand on the side of the people, and on the side of justice.

Jorgensen has made it clear she supports those who are protesting the rampant police brutality that’s been a focal point in America for too long, and she’s made it clear that the police response to these protesters is wrong. Jorgensen has issued very direct suggestions for reform, whereas her two competitors have done little to that effect.

And on Tuesday night, she proved her leadership qualities in ways that neither Trump nor Biden have ever even thought of: by shutting up, listening, and learning. Jorgensen didn’t show up to the vigil to grandstand or give a speech to plug her campaign; instead, she went there to show solidarity and get a deeper understanding of what people are going through.

This unique approach to a presidential campaign—making it about serving the people rather than oneself—is why #ShesWithUs has become the new unofficial slogan for the Jorgensen/Cohen campaign. And it’s a refreshing thing to see at a time when America so desperately needs leaders who are willing to admit they don’t know everything, and will instead listen to those who have something to say.