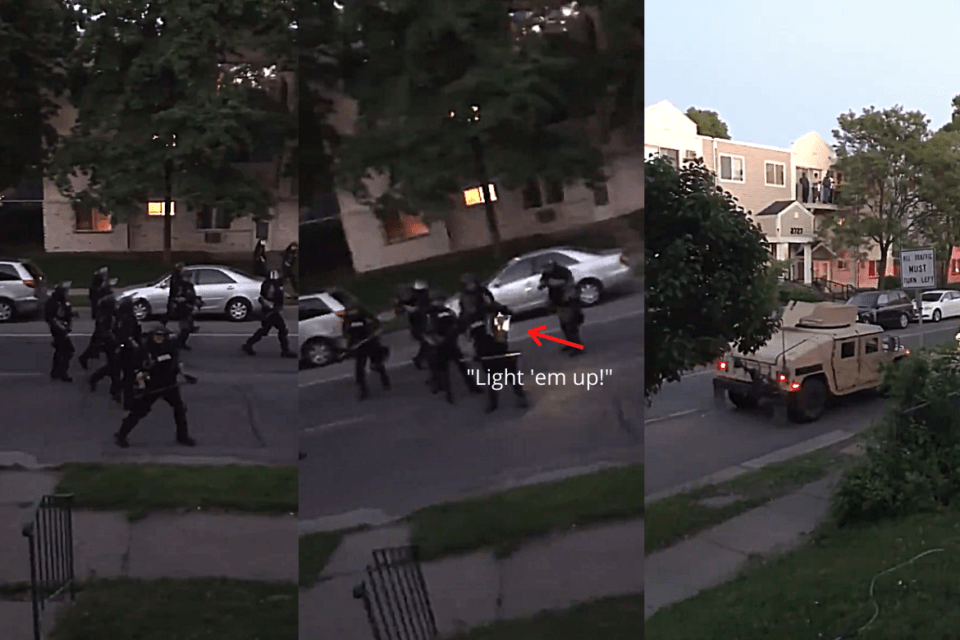 On Monday, President Trump threatened to invoke the Insurrection Act in order to deploy the US military to states to address the looting and rioting that is going on. Shortly thereafter, Trump had the military fire tear gas at peaceful protesters in front of the White House so he could walk to a nearby church for a meaningless photo op.

What’s that saying about cognitive dissonance?

Trump and his supporters are claiming they need to take extreme measures (code for violating all the rights) to combat the looters destroying our cities and return America to law and order (ya know, the kind of law and order that led to George Floyd being murdered).

But there’s just one problem: the things Trump is doing to stop the looting is actually a plan to stop the protesting. Of course, Trump doesn’t see it that way because, going off his statements and godawful tweets, he thinks looters and protesters are one and the same. They are not. The fact is, there are looters and there are protesters, and they are two distinct groups of people.

Looters are people who, like our politicians in Washington DC, never let a good crisis go to waste. They see protests taking place and are presented an opportunity to take advantage, smashing and stealing from those who aren’t responsible for any wrongdoing. And if they get caught, the looters think they can claim they were exercising their first amendment right to protest. There’s a lot of similarities between looters and the people who hoarded toilet paper and hand sanitizer at the onset of the coronavirus: people with ill intent looking to capitalize on a crisis and enrich themselves.

Then there are protesters, who see an innocent person of color get savagely murdered by police for the umpteenth time and decide they’ve had enough. Realistically, everyone in America should fit into this group, but there are too many apathetic people who like to pretend they saw nothing to avoid having to do something. These protesters take to the streets, organize amongst each other, and exercise one of the most fundamental rights in all of humanity, something so fundamental it was included in the very first amendment of the US Constitution.

But now Republicans, most notably Trump, are engaging in collectivism. They’re effectively arguing that while most people are protesting police brutality, some people are looting and therefore we have to treat everyone as if they’re looting.

Much like the criticism Republicans have long used against centralized education efforts like common core, this is a one-size-fits-all approach that ignores the hard truth that a one-size-fits-all approach will not actually solve anything. Sending the military into places like Minneapolis and Atlanta will put heavily armed people in front of protesters, not looters. And we’ve already seen police all across the country using illegal and excessive force against protesters for no reason. Imagine what will happen when soldiers, whose training prepared them for armed conflict instead of police-work, are facing these situations.

WHAT THE FUCK AM I WATCHING RIGHT NOW?!? pic.twitter.com/S11ZcHaub9

This boy had his hands up when an NYPD ofcr pulled his mask down and pepper sprayed him. ⁦@NYPDShea⁩? Mayor ⁦@BilldeBlasio⁩? pic.twitter.com/YtXDOoVckA

Pivoting away from the criticisms of the president and towards those governors who have instituted unconstitutional curfews, who are those for? Ostensibly, the curfews were put in place to discourage looters. But those who have been looting are already breaking the law by looting in the first place, so what’s going to stop them from violating a curfew? This is the same flawed logic that Republicans point out when people suggest gun control laws, but Republican governors like Arizona’s Doug Ducey have been quick to ignore that when instituting these curfews. Just as the police – and soon, the military – have been unable to distinguish between protesters and looters, the curfew rule only serves as a method to further arrest and attack protesters who aren’t actually looting.

Oh what’s that? You don’t believe that the protesters and the looters are different? Well….

not a black person in sight https://t.co/0HLGqpD9or

Peaceful protesters in DC tackle an Antifa rioter and hand him over to the police for trying to turn things violent. He was smashing the pavement so people could have objects to throw at the police. pic.twitter.com/WoNIkH0GM8

Protestors said no. They said “Don’t give them a reason.”
Don’t tell me these riots and looting were caused by protestors. The protestors are out there trying to stop it too.
They don’t want violence. They just want equality. pic.twitter.com/ZGDxg6Kd5F

So, not only are protesters not engaging in looting, but they’re actively stopping looters? And the police themselves are contributing to the looting? How shocking.

In all seriousness, these videos are only a fraction of the evidence that’s out there to support the fact that there are protesters and there are looters; there is a difference, and you need to know it. Sending the military to inevitably kill some protesters in the name of halting the looting is wrong; we don’t need to rehash the Kent State Massacre now or ever.

More over, all of this attention being placed on the looters is wholly missing the mark. The looting is itself a small part of the larger protests going on, which are in response to the murder of George Floyd. With Trump and others placing so much emphasis on stopping the looters, they’re focusing on addressing the symptoms rather than the illness. It’s akin to someone coming down with coronavirus and, instead of quarantining and treating them for the virus, they instead use a ventilator to help mitigate the shortness of breath.

Does that make sense? Of course not, and neither does the government’s current approach. There are plenty of things that have to change for that approach to change, but one important part is recognizing the undeniable truth that looters =/= protesters. It’s an important distinction to make, and it’s already proven to be a matter of life and death. 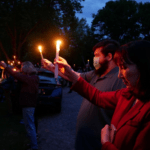