Ladies and gentlemen, the Libertarian party officially has representation in Congress.

No, they didn’t win an election or anything, but Justin Amash switched his registration from Independent to Libertarian prior to announcing an exploratory committee for the party’s presidential nomination on Tuesday. There had been rumors last week that Amash purchased a lifetime membership, but nothing official was announced until after Amash’s exploratory committee launch. That confirmation came in the form of Libertarian party chairman Nicholas Sarwark’s tweet:

He is a sustaining member of the Libertarian Party and eligible to be nominated at convention.

While this doesn’t confirm the rumors of a lifetime membership, it does confirm that Amash is indeed a card-carrying Libertarian now. People have been whispering about an Amash presidential run with the Libertarian party for so long that Kamala Harris was considered a Democratic frontrunner at the time. But the whispers turned into rumblings two weeks ago when Amash tweeted that he was “looking at it closely.”

Of course, in order to run for the Libertarian presidential nomination, he would first have to be a registered Libertarian, and Amash has famously been a registered Independent since July 4, 2019 when he declared his independence from the Republican party. Now, Amash has joined the largest third party in the nation.

It’s a move that really only served as a precursor to his presidential campaign, but it does serve as a huge moment in history for the Libertarian party. The next time the House votes on something (likely another massive stimulus bill if recent history is any indication), Amash will record a vote as Libertarian, marking the first time that’s ever happened in the history of Congress.

It probably doesn’t mean much in the grand scheme of things, as Amash’s presidential campaign effectively ends his House reelection bid due to Michigan state laws prohibiting running for two positions at the same time. So no matter what happens in November, Amash will lose his congressional seat, meaning the party has roughly seven months to enjoy having an official member of Congress.

But Amash can show that having a Libertarian in Congress isn’t all that scary or bad, which could help boost public perception of Libertarians running for Congress everywhere. And if Amash runs a respectable presidential campaign, that will only add to it. In other words, this gives the Libertarian party something to brag about.

As for Amash, he first has to win the party’s nomination, and his late entry into the race could cause concerns among delegates. Signing up for a lifetime membership could ease those concerns in theory, but it was just four years ago around this exact time that Bill Weld joined the party with a lifetime membership. Then, he vouched for Hillary Clinton on national television and left for the Republican party a couple years later.

In other words, Weld has made it harder for Amash to convince party loyalists he’s really one of them, even with his fairly consistent libertarian voting record in Congress. Jacob Hornberger, once considered the frontrunner in the primary, has already started putting out videos attacking Amash as an “LP interloper,” signaling that this line of attack won’t ease up anytime soon.

Whether it makes a difference remains to be seen, but the fact of the matter is that Amash’s decision to join the Libertarian party will be remembered in the party’s history books forever, even if only because it gives them an official voice in Congress. 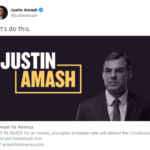 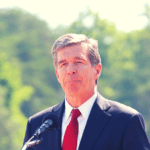