Intercepted phone calls and phone records have surfaced showing proof that members of President Donald J. Trump’s 2016 campaign, as well as other Trump associates, had been in constant contact with senior Russian intelligence officials in the year prior to Trump’s election.

The communication between the two parties was intercepted by American law enforcement and intelligence agencies around the same time frame the evidence was being discovered of Russia intending to disrupt the 2016 presidential election by hacking into the Democratic National Committee.

Officials have said that they currently see no evidence of collusion between Russia and the Trump campaign to alter the election.

During a recent presser, Press Secretary Sean Spicer said that the Trump campaign had no contact with Russian entities. See that video below.

Press Sec. Sean Spicer said Tuesday nobody on the Trump campaign had contact with Russia before the election. https://t.co/rbS0HhVKV7 pic.twitter.com/qc11EC8hO7

These developments have alarmed intelligence officials due to the nature of Trump’s mentioning of Russian president Vladimir Putin during the campaign season. The video below is an example of what causes the concern.

The FBI and American intelligence is actively attempting to determine the motive for the contacts. 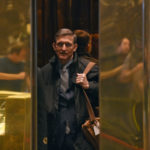