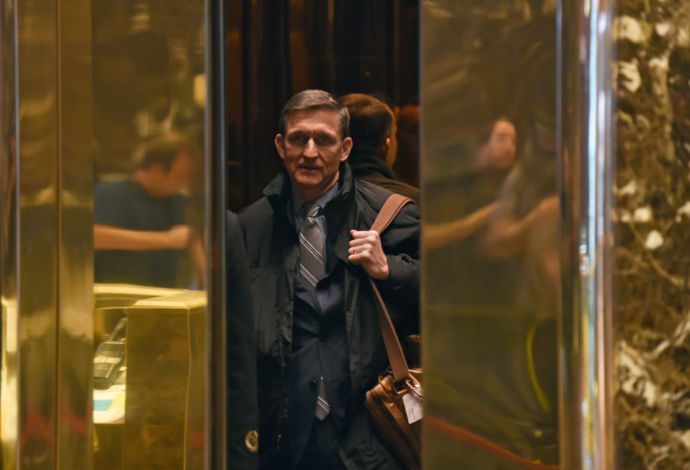 The Washington Post (WaPo) is reporting that the chairman of the House Intelligence Committee is demanding answers from the Federal Bureau of Investigation as to why intelligence officials listened in on former National Security advisor Gen. Michael Flynn’s calls with the Russian ambassador and later leaked information on those calls to the press.

“I expect for the FBI to tell me what is going on, and they better have a good answer,” said Rep. Devin Nunes (R-Calif.), chairman of the House Permanent Select Committee on Intelligence, which is conducting a review of Russian activities to influence the election. “The big problem I see here is that you have an American citizen who had his phone calls recorded.”

Flynn resigned on Monday, after a report from WaPo shared that intelligence officials had recorded Flynn’s conversations with the Russian ambassador to the U.S. before Trump took office. Those recordings, as WaPo reported, appeared to contradict the comments Flynn had made publically about discussing U.S. sanctions of Russia.

WaPo reports that while it is unclear whether or not Flynn was flagged for monitoring specifically, it is understood that his conversations with Russian Ambassador Sergey Kislyak were intercepted because the Russians’ calls are routinely monitored.

On Tuesday, House  House Oversight Committee Chairman Jason Chaffetz (R-Utah) said that he does not plan to pursue the matter any further. “It’s taken care of itself at this point,” he said.

The White House, through Press Secretary Sean Spicer, has reiterated that the resignation of Flynn had nothing to do with legality, rather he said, “The evolving and eroding level of trust as a result of this situation and a series of other questionable instances is what led the president to ask for a Gen. Flynn’s resignation.”

“The issue, pure and simple, came down to a matter of trust.” he continued.

Spicer was referring to Flynn having mislead Vice President Mike Pence and other officials about past contacts with the Russians.

The Trump administration alongside saying the issue is one of “trust,” has tried to paint the bigger picture as being the continual leaks to the press from inside the White House.

The real story here is why are there so many illegal leaks coming out of Washington? Will these leaks be happening as I deal on N.Korea etc?

Beyond Flynn having potentially broken the Logan Act, and the White House’s deflection to leaked information escaping the White House, both of which are important issues to look at, is the fact that there are now reports that the Trump Administration had prior knowledge of Flynn’s “trust” issue. In fact, the LA Times is reporting that the administration knew about the situation nearly 3 weeks ago.

According to the LA Times, Rick Tyler, a Republican consultant who knows many of the top players in the White House said, “This is a full-blown crisis and it is a hair’s thread from unraveling the administration, and I don’t know if they’re prepared for what’s coming.”

Humana To Drop Out Of Obamacare Completely In 2018

Trump Campaign Aides Were In Constant Contacts With Russian Intelligence