“We were tired of waiting,” said Rep. Jim Jordan (R-Ohio) at a Wednesday press conference on the legislation, “and that’s why we said: Let’s go. Let’s go now.”

The plan, would end the ACA’s Medicaid expansion, de-couple health insurance from employers, offer a tax credit of up to $5000 to fund HSAs, and eliminate most regulations on what health plans must cover. Insurers would be able to sell policies across state lines; regulations that mandate birth control coverage would be nixed, explains The Washington Post (WaPo).

“What if 30 percent of the public had Health Savings Accounts?” said Paul. “What do you do when you use your own money? You call up doctors and ask the price… if you create a real marketplace, you drive prices down.”

We legalize the sale and allow for access to inexpensive insurance for millions of Americans. End mandates. Expand access. Lower costs

This bill is a large step in what has been an extremely slow process from the GOP in its efforts to repeal what would’ve been the legacy of former President Barack Obama. It is also a large step up for the liberty minded Freedom Caucus, as Paul’s bill exists, while the flailing GOP establishment’s does not.

“There seems to be a coalescing around principles; I don’t think it’s gotten deep in the weeds about what it will actually include yet,” Sanford in an interview.

The Sanford-Paul legislation is designed to build on that floor, counting on repeal to leave in place provisions that allow young people to stay on their parents’ insurance, while counting on people left out by repeal to use their HSAs to pay for private plans. It eliminate the ACA’s essential health benefit requirements, end antitrust laws for health-care providers “to increase competition and drive down prices for consumers,” and turn Medicaid into a block-grant program for states.

Like every possible GOP replacement of the ACA, the Sanford-Paul bill would allow customers to buy health insurance plans across state lines. The idea has an iffy record of success; a 2016 study by Kaiser Health News found that Georgia legalized interstate insurance sale in 2011, and found no takers even as the ACA went into effect.

The bill’s main replacement for the coverage expanded by the ACA, and now at risk, is a reform of health savings accounts that would allow them to be used for premiums and an expanded menu of preventive care. It would also offer a tax credit, “up to $5,000 per taxpayer, to fund the plans,” though money in the HSA would be not be allowed to fund elective abortions.

That tax credit also sets up a fight between conservatives and their leadership. In interviews about what he might introduce, Speaker of the House Paul Ryan has said that a “refundable tax credit” would be created to help consumers pay for plans, an echo of the subsidies currently available to people who purchase plans in ACA-created exchanges. On Wednesday, Paul made it clear that conservatives favored a smaller tax credit, one that “not everybody” would get.

“If we don’t repeal Obamacare, then what was our fight about for the last six years?” asked Rep. Raúl R. Labrador (R-Idaho). “If our party was only opposing it because it was proposed by Obama and Democrats, the base is going to leave the party.”

Paul, via his official Facebook page, shared some excellent videos, presented by Matt Kibbe and the Conservative Review, which helped to further explain the Paul-Sanford plan.

Trump Campaign Aides Were In Constant Contacts With Russian Intelligence 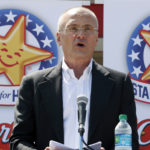