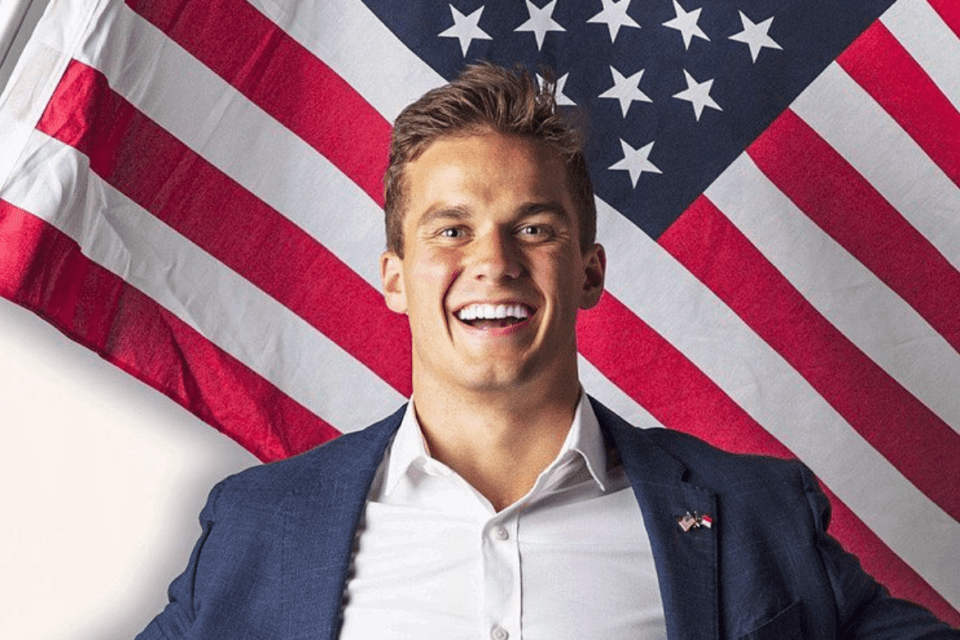 Incoming congressman Madison Cawthorn of North Carolina has the progressives mad as hell, and now stands accused of being an anti-semite because he has tried to proselytize Jews and Muslims.

“I am being attacked because I share my faith with others? Is the left fully anti-religious freedom now? This is dangerous for America!” Cawthorn tweeted Tuesday.

I am being attacked because I share my faith with others? Is the left fully anti religious freedom now?

This is dangerous for America!

The mainstream media and Twitter’s keyboard warriors have raked the newly elected congressmen over the coals for merely trying to live out his faith. A young Christian man is trying to tell people of other religious beliefs that Jesus loves them, and he is the Son of God. Now, I know that may seem shocking to someone who has never read the Bible, but that’s exactly what all Christians profess to believe.

Another person claiming persecution because they tried to disguise their bigotry as “religious freedom”.

If there is a singular doctrine that is essential to Christianity, it is that Jesus is the Son of God, and he died and was resurrected so that humanity would no longer be separated from God. A separation that occurred from the fall of mankind as a result of the original sin which is discussed in the third chapter of the Book of Genesis. Christ stated this himself in John 14:6-7 (TPT) when he said,

“I am the Way, I am the Truth and I am the Life. No one comes next to the Father except through union with me. To know me is to know my Father too. 7 And from now on you will realize that you have seen him and experienced him.”

There’s absolutely nothing anti-semitic or hateful about telling a Jew or Muslim that Jesus loves them and merely attempting to point out where someone of a different religious belief or no faith at all is in error regarding their theology or beliefs on the origin of the cosmos. In fact, Cawthorn is just doing a very basic thing that all Christians do—which is to spread the Gospel of Jesus Christ to humanity. Christ told the disciples in Matthew 28 to make disciples of the whole world. And one can’t become a student of Christ very well until he or she has had their eyes opened to his message through conversion.

We couldn’t have him actually trying to live his faith now could we @AP4Liberty? Don’t you know Christians are what’s wrong with this world. Oh no.. what shall we do? https://t.co/7nv2mTUD7H

If Madison Cawthorn tried to convert Jews and Muslims to atheists the left would love him for it.

Simply choosing to live in accordance with a person’s religious conscience alone doesn’t make a person bigoted or hateful unless, of course, the religion promotes violence. Nowhere in the New Testament will you find acts of violence or aggression promoted. On the contrary, Christ asked his followers to love their fellow man, unconditionally. This can be seen in Matthew 5:38-40 where Jesus told his followers to turn the other cheek and John 15:13 (AMPC) where Jesus says,

“No one has greater love [no one has shown stronger affection] than to lay down (give up) his own life for his friends.”

The core issue at play here is that there is an extreme hate religion in general and Christianity in particular by professed Atheists on the Left? Why is that? They hate Christianity and the Bible because it may be the one effective defensive wall against their own religion of Statism. Progressives despise the Bible and the teachings of Jesus not because they care about anti-Semitism or respecting the beliefs of Muslims, but because the roots of every idea that birthed the Western World can be found in Christian teachings.

If the ultimate goal of Socialists and Communists is to fundamentally transform America and all of Western society into one in which the State is the only power, they must destroy all other schools of thought.

Progressives do not care about the rights of any individual. They only care about power, and they will use one group of people to destroy another until we as a country are weak enough to be overtaken.

Martin Niemöller, a German Lutheran minister during World War II, illustrated this point clearly in his poem “First They Came..” he wrote,

Those of us who value liberty and the American way of life must stand for Rep. Cawthorn’s right to live out his beliefs even if you personally disagree with his choice. If this is allowed to continue without any fight, history shows they will crush us all into submission one by one.

How Politicians are Luring Donors Through Scams