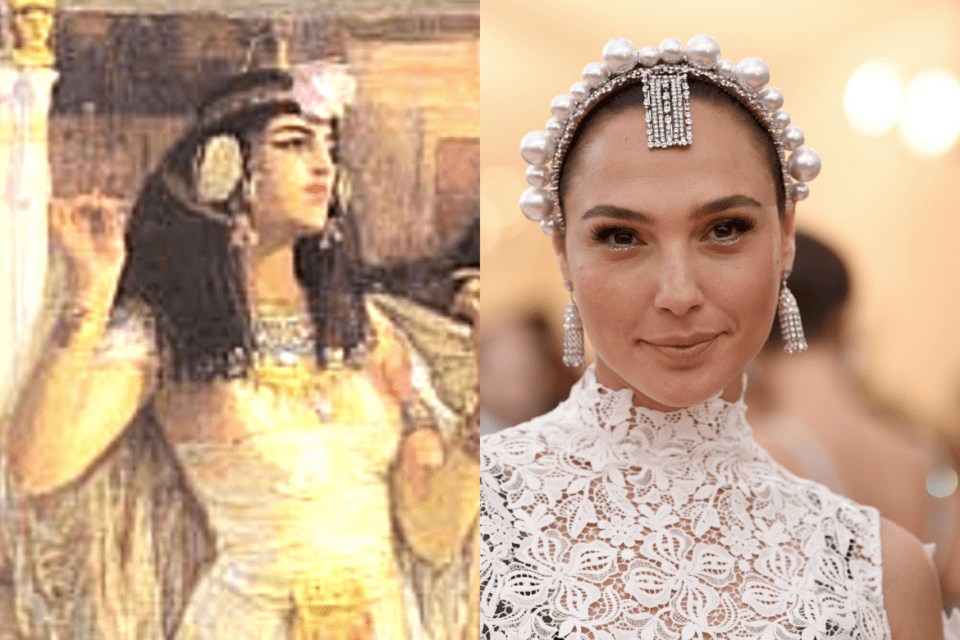 Gal Gadot is no stranger to playing a strong female lead in her films. The “Wonder Woman” star’s latest project seems to follow in that tradition as she announced Sunday that she would be playing Cleopatra in an upcoming movie.

“As you might have heard, I teamed up with @PattyJenks and @LKalogridis
to bring the story of Cleopatra, Queen of Egypt, to the big screen in a way she’s never been seen before. To tell her story for the first time through women’s eyes, both behind and in front of the camera.”

“And we are especially thrilled to be announcing this on #InternationalDayoftheGirl
We hope women and girls all around the world, who aspire to tell stories will never give up on their dreams and will make their voices heard, by and for other women,” Gadot tweeted Sunday.

As you might have heard I teamed up with @PattyJenks and @LKalogridis to bring the story of Cleopatra, Queen of Egypt, to the big screen in a way she’s never been seen before. To tell her story for the first time through women's eyes, both behind and in front of the camera. pic.twitter.com/k5eyTIfzjB

And we are especially thrilled to be announcing this on #InternationalDayoftheGirl
We hope women and girls all around the world, who aspire to tell stories will never give up on their dreams and will make their voices heard, by and for other women.

Twitter has since erupted with criticism over the Israeli actress playing the woman known as Egypt’s last great pharaoh because she isn’t a black woman. Those on the Left who are having a meltdown over the ethnicity of the film’s leading lady forget one important historical fact that should not be overlooked if they sincerely care about trying to get the skin color of the Egyptian ruler close to accurate. The historical Cleopatra was not Egyptian at all with regard to ethnicity, but rather a Greek.

Another attempt to white wash a historical figure! U are a white Isreali woman. Cleopatra was MACEDONIAN and EGYPTIAN. Its awful how u deny important roles to women of color!!!!

Yup,… ANOTHER WHITE WASHED Movie Filmed in Africa w/ ALL WHITE CASTS. The darker skinned as the underlings. CLEOPATRA WAS “BLACK”‼️. Didn’t we get enough of Hwood WHITE WASHING MOVIES? Tom Cruise, the LAST samurai,Prince of Persia, Gods of Egypt, all thru WHITE washed EYES

Stacy Smith made a note of this fact in her article “Rehabilitating Cleopatra” for Smithsonian Magazine. She writes,

“For ten generations, her family, the Ptolemies, had styled themselves pharaohs. They were in fact, Macedonian Greek, which makes Cleopatra about as Egyptian as Elizabeth Taylor.”

Yet, the social justice warriors of Twitter are more than a little triggered because they claim that a beautiful actress from the Middle East, who is closer to representing the features of a woman from Macedonia than a black woman, is somehow “whitewashing history.”

I have a newsflash for all you folks who feel that Gal Gadot taking this role is just another symbol of white supremacy in American culture. Yes, it is true that Egypt is located in Africa. However, it is not in the heart of the continent—it is in the corner that connects to the Middle East. That said, most Egyptians are going to have more in common with other Arabs, Jewish people, and some Greeks than they would with people of African descent unless the person happens to be Nubian.

This is not being racist or trying to “whitewash” anything. In fact, if the SJW’s of Twitter cared to educate themselves, they would learn that, ethnically, Jewish people come in all shades of skin color—some consider themselves white while others do not. The answer concerning an individual’s Jewishness is determined by a person’s heritage and, depending on who you ask, their religious devotion to Judaism.

This raises other questions. Is the outrage based on historical ignorance? Is the online mob just a bunch of ignorant know-nothings with little to no knowledge of ancient history or basic geography? Is the hate due to some ethnic-nationalist racism? I would hope that the answer would be historical ignorance rather than racism. If the source is anti-semitism, the modern Left would be exposing some of the cancerous roots which are at the heart of progressive thought.

Which Hollywood dumbass thought it would be a good idea to cast an Israeli actress as Cleopatra (a very bland looking one) instead of a stunning Arab actress like Nadine Njeim?

Thankfully, Gal Gadot is a tough lady who can stand a little criticism no matter how stupid it is. Don’t forget, she was bashed because she played Wonder Woman before anyone had seen it. She rocked that role, giving the classic comic book character new life to another generation of fans.

If Gadot and Wonder Woman’s director Patty Jenkins tell this story properly, she will not only be Queen of the Nile, but queen of making racists’ heads explode—and that’s more than worth my money!

Can I Sue if the Person That Caused the Accident Is Dead?