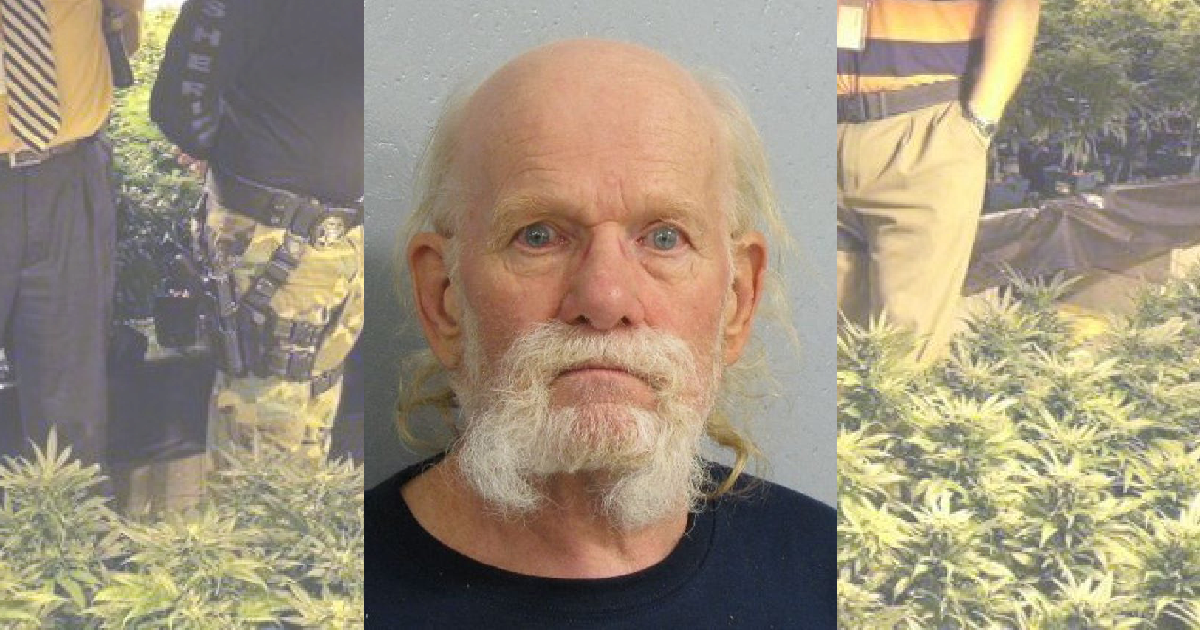 While marijuana plants grow to be sold in many states legally, offenders that were found to be growing it a bit too soon are wasting away in prison. One of those is a 79-year-old farmer who is currently serving time in federal prison for growing pot.

In March of 2012, law enforcement came to Charles White’s farm in rural Polk County because of an identity theft case. Instead of finding evidence related to their initial investigation, the agents became suspicious that marijuana was being grown on the premises. Upon further investigation, they found over 1,000 marijuana crops growing on White’s land.

White’s defense team first argued that authorities entered his property under false pretenses and they did not have proper authority to search his property when they found the illegal substance. But they eventually acquiesced and he pleaded guilty to growing marijuana. White was a previous offender of marijuana laws and therefore, in 2017, he was sentenced to 10 years in federal prison for his felony offense.

In December of 2018, the First Steps Act passed the US Senate after being approved by the House in May. It then made its final lunge to a welcoming White House where it was gladly signed by the president. One of the benefits of the law was to extend early release to elderly, ailing, and low-risk prisoners.

In January of 2019, White’s lawyers filed for a compassionate early release from prison. They cited his legal blindness and worsening macular degeneration in his eyes as a reason for early release. White said his vision problems made it difficult to navigate hallways and stairs amidst “an aggressive prison population”.

The prosecution countered that White did not prove “extraordinary and rare” circumstances that merited early release. The judge agreed and denied White’s appeal for release.

The judge claimed a few reasons for rejecting White’s motion. First, White needed to serve at least half his sentence to be eligible. The judge added that he doesn’t believe White’s health has reached the severity needed for a “compassionate release”.

As of July, White was still being held in a federal prison at Leavenworth, Kansas. He was hopeful that he would be moved to a medical facility soon that would meet his needs better.

Progress Depends on the Unreasonable Man

Our society, individual states, and country are liberalizing laws regarding marijuana. But are we forgetting the Americans who didn’t wait for society to progress? Steps were taken to reform the justice and legal system to benefit those like Charles White, but it might be too late for him.

You can sign a Change.org petition for Charles White here.

“One may well ask: ‘How can you advocate breaking some laws and obeying others?’ The answer lies in the fact that there are two types of laws: just and unjust. I would be the first to advocate obeying just laws. One has not only a legal but a moral responsibility to obey just laws. Conversely, one has a moral responsibility to disobey unjust laws. I would agree with St. Augustine that ‘an unjust law is no law at all.”
– Martin Luther King, Jr.

California’s Travel Bans Are the Lamest Virtue-Signaling Tactic Yet