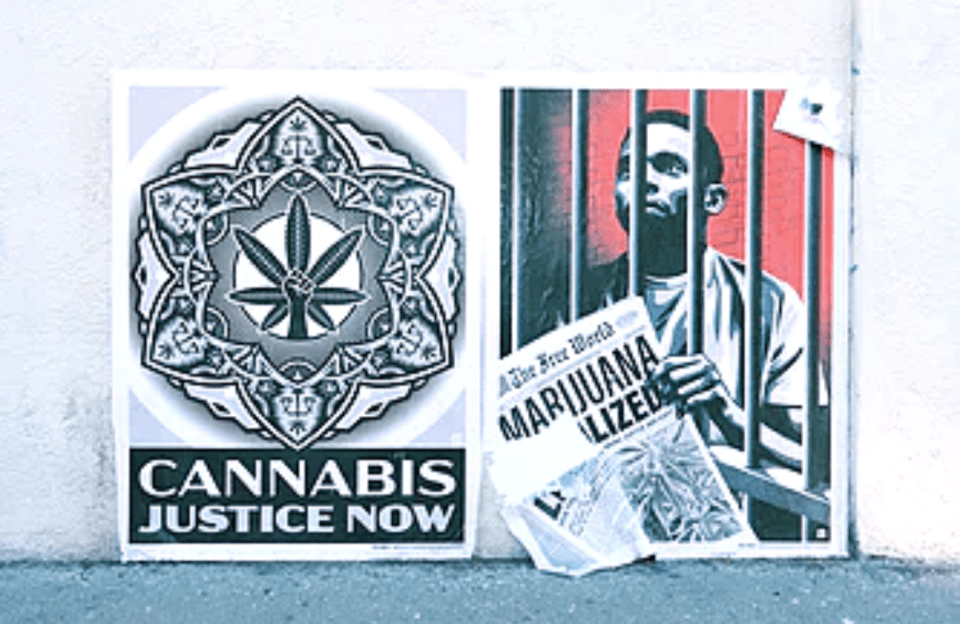 When thinking of war, some recall being on a battlefield with the deafening sounds of gunfire and bombs exploding around them, while others remember the grief of burying a loved one who died defending this country. Many can only imagine what it may be like from movies, documentaries or video games.

However, for decades, a war has been waged in our own backyards that has only received public attention in recent years. The War on Drugs has accomplished little other than being a drain on the government’s budget, while incarcerating people mostly for non-violent offenses. One of the more important contributing factors to the War on Drugs was the ban on marijuana.

Marijuana is not just known for getting people high; it is a plant with a variety of other uses. The term itself only relates to parts of the plant that contain large amounts of tetrahydrocannabinol, or THC, which is responsible for affecting a person’s mental state. It is “cannabis” that refers to all products derived from the Cannabis sativa plant. “Hemp” refers to variations that have less than 0.3% of THC, while “marijuana” refers to plants that have a higher percentage of the chemical.

This differentiation is important when it comes to the context of the War on Drugs. Throughout human history, the plant itself has been used for a variety of purposes. In the American colonies, for instance, it was used to make products such as rope and textiles. At the end of the era of major cotton cultivation in the United States, cannabis became the dominant cash crop in the South. During this time period, the positive health effects it had were discovered. It was used to treat various ailments and was sold in pharmacies in the United States and Europe. Only in the early 20th century, however, was the plant used for recreational purposes.

In the 1930s, everything changed due to explicitly racist policies by J. Anslinger, who was the head of the Bureau of Narcotics. He claimed that the plant needed to be banned, as its usage had negative effects on minorities, or “degenerate races” as he called them. This was also done to reduce immigration from Mexico into the United States, using cannabis as a scapegoat. The various restrictions and subsequent bans did not occur during the War on Drugs, as many might believe, but during the Great Depression. In 1931, the plant was outlawed in 29 states spurred by the “reefer madness” propaganda promoted by the government with great public support, while in 1937, the Marijuana Tax Act was passed which taxed the sale, possession or transfer of the hemp plant. This applied not only to strains which contained THC, but to all plants derived from Cannabis sativa, which hurt cultivation even for the creation of various products.

When did the War on Drugs begin? In 1970, under the Nixon administration, Congress passed the Controlled Substance Act, in which marijuana was listed as a Schedule I drug, along with other substances such as heroin, LSD, and ecstasy. This category classifies that specific drug as having no medical use with a high potential for abuse.

This is not true for many reasons. First, marijuana is often used as a pain reliever for chronic pain. Its main appeal is that it is not as strong or addictive as various opiates and is impossible to overdose on. It helps ease the pain of multiple sclerosis, while not causing the drowsiness that other drugs may that are used to treat the illness. Another important use is preventing nausea and helping facilitate weight loss, as well as reportedly helping to reduce tremors from Parkinson’s disease.

Beyond the health benefits, there seems to be no physical addiction from marijuana use, although there are signs that it can be psychologically addictive. While this may be true for some people, nearly anything can be psychologically addictive. America has an obesity problem, and although that is caused by a variety of reasons, one of them is that people may get addicted to sugary drinks. Why is marijuana treated differently? Even the non-THC strains are still illegal in many states and for what purpose? The government does not regulate how much food one should consume on a given day. Obviously, it would be logistically impossible , and is a violation of people’s liberty to do with their body as they please. If someone smokes marijuana, they should be responsible for their own actions, even if they were under the influence and hurt someone else. Yet, this drug became a major substance that many people were and are convicted of illegally possessing in the War on Drugs.

Impact of the War on Drugs

There are a few major things that happened as a result of the policy itself. During the 1990s, an average of three 500-bed prison facilities were opening up every week in the U.S.. They were filled with drug offenders. In 1979, 6% of all inmates were jailed on drug offenses. That figure rose to 21% in 1988. This disproportionately affected minorities and low-income citizens.

Under the Reagan and Bush administrations, mandatory sentencing laws were passed regardless of the circumstances, which in turn led to more arrests. There was an increase in border security to prevent traffickers from bringing over marijuana, yet Colombia became a major exporter of it during this time period. Ironically enough, the usage of the plant among teenagers continued at similar rates throughout the mid to late 1990s, and the enforcement of various laws did not help the government at all in reducing drug usage.

Today, the picture is not much different. One in five people are incarcerated for a drug offense. In 2019 alone, there were over 1.5 million arrests—87% of those were just for possession. Marijuana led as the most common drug to be found in the possession of those arrested. This means most of those people were arrested for a victimless crime and had their lives ruined as a result. If a college student, goes to jail on a possession charge, he would have great difficulty getting a job with that record, and would likely either end up in and out of jail and on welfare. In terms of finances, over $1 trillion dollars has been blown on these useless cat and mouse games with the government and its citizens. This is another drain on taxpayer dollars that could have been used elsewhere.

Solutions to the Problems Caused by the War on Drugs

How can the War on Drugs be brought to a close and the damage done repaired? There have been a few steps taken. Over the years, more and more states have decriminalized, and even legalized marijuana to certain capacities. As of June 2019, 29 states have legalized medicinal marijuana and a total of 11 permit recreational use. Yet, many other drugs remain illegal in the United States, contributing to the high incarceratino rate.

Oregon is one state that has taken a stand in decriminalizing the use of all drugs, including cocaine and heroin in 2020. To be more specific, criminal penalties have been removed for those possessing small quantities, and offenders would instead pay a $100 fine, or be required to get a “completed health assessment”. Yet the sale of these drugs is still illegal. The tax revenue from marijuana sales, however, would be redirected to fund drug addiction programs instead of spending them on incarceration. The impacts of the legal policy have yet to be studied, and will need to be revisited in the long-term. However, we do have data of a country that did end the criminalization of drugs more or less successfully—Portugal.

For many years, Portugal was riddled with crime and drug use. They began to institute new policies in 2001. Instead of jail time, offenders might receive a small fine, given a warning, or asked to appear before a local commission to provide support services to addicts. As a result, there was a large drop in drug use, HIV and hepatitis infection rates. HIV cases fell from 104.2 new cases per million to just 4.2 cases per million in 2015. One major thing to note, is that a cultural shift was required to help pass the law, as well as change the way citizens viewed drug addicts. Instead of treating them with disgust, they became viewed as people who needed help, just like anyone else with a medical condition. Portugal has been successful in its efforts to decriminalize not just marijuana, but drugs as a whole with positive outcomes as a result. The United States could borrow this idea, and try to pass it in Congress, though this seems unlikely due to the partisan attitudes toward drugs overall.

Although important measures to address the War on Drugs have been implemented, there is still a lot of work to do. Many states have not yet decriminalized marijuana, much less all drugs. With the success of the program in Portugal, there is a good chance it would work here in the United States.

Throwing people in jail for what they choose to do on their own time is a violation of their own personal liberty. Since they are not hurting anyone in the vast majority of cases, the government has only made things worse instead of better. While the future remains unclear about what will happen next, two-thirds of the public support marijuana legalization. Perhaps the country is now ready to acknowledge and correct the mistakes of 50 years ago.

Where to find clients when you are a freelance developer?

Can High Risk Drivers Even Get Insurance? Find Out Here