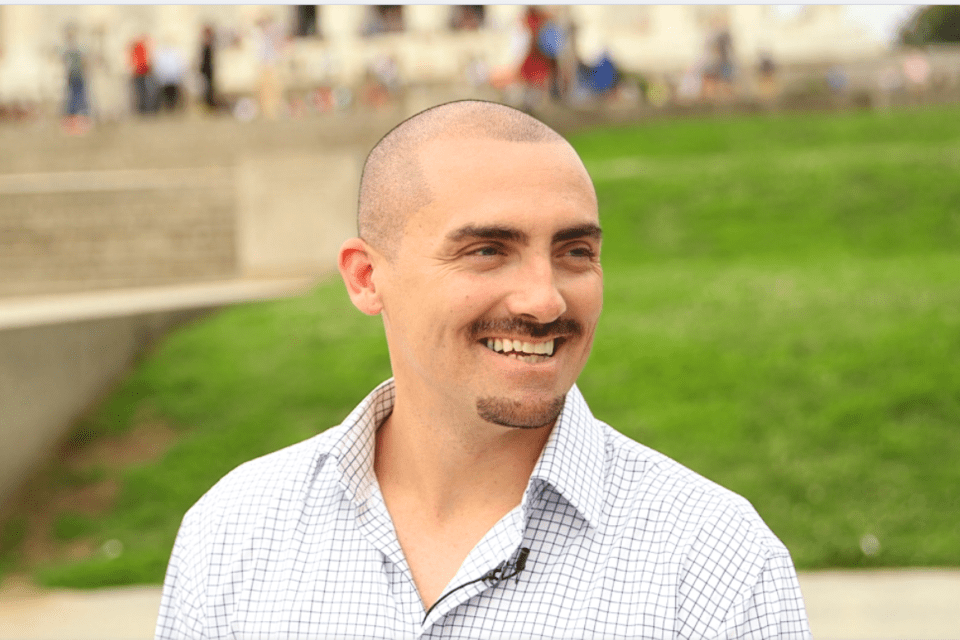 Weldon Angelos was sentenced to 55 years in prison for a marijuana offense in 2002. In May of 2016, President Obama commuted his sentence. Angelos has never stopped in his fight for criminal justice reform since he was released. “I hit the ground running, I started working with the White House and the Koch brothers and Van Jones and other celebrities.”

Angelos launched the Mission Green initiative to bring attention to those imprisoned for cannabis offenses and to assist in getting them released through executive clemency from the president or the governor if they are state offenders. “We’ve got a few prisoners released from federal prison via executive clemency and compassionate release that was amended with the First Step Act.”

The Mission Green team brought a list of offenders that they believe deserve to be commuted to the White House. Angelos tells me that one of them is, “my friend Luke Scarmazzo.”

Scarmazzo is serving a 22-year sentence in prison for owning and operating a cannabis dispensary in California. Angelos adds, “he was following state law.” He notes that Scarmazzo’s operation was similar to many others in the area that were not targeted by law enforcement.

The team was well received by the White House when they hand delivered the list in February. They established a good rapport with senior advisor Jared Kushner. Angelos points to Kushner as one of the best hopes for the future of criminal justice reform. “This administration is being pulled in different directions by different individuals in the law and order Republicans and this Attorney General; Jared Kushner has a tough job balancing that out and getting more reforms.”

The fact that Mission Green is necessary shows that reforms are still necessary. The system now leaves room for extreme discrepancy based on judges’ personal beliefs. According to Angelos, one of the major flaws with the First Step Act is that it allows a judge to be merciful if they want to, but “when it comes to people applying for release, they should be released on a consistent basis rather than having judges in California and New York granting many releases whereas, judges in Texas grant few even though the cases are similar.”

Some opposed the First Step Act because it would give politicians an excuse to not advance any further on criminal justice reform. Angelos admits that concerns about progress slowing have come to fruition, but he still firmly supports the initial reform. “Thousands of people have been released because of it.”

“What we really need is cannabis reform; we need an end to prohibition”, says Angelos. However, not everyone feels that way and some of the disagreement about what should be the next legislative target is why progress has slowed. “No one agrees on what needs to be changed next.” But he is hopeful. “I think new reforms will happen in the next 2-4 years.”

Regardless of who is President, Angelos knows that states will keep legalizing cannabis and will take the lead in reform. He adds, “I’m not particularly confident in either candidate” because of Biden’s past of worsening the system and Trump’s inconsistencies on the subject. But his positivity is due to reform progressing through the states and Congress no matter who is in the White House.

The problem, as he sees it, is that federal cannabis prohibition gives authorities an excuse across the country to abuse their power. Angelos tells me that until cannabis is removed from the federal code of illegal drugs, “police are going to continue to use the odor of cannabis to justify exploratory searches. They’re going to continue wasting money in arresting people for cannabis where one state over, you’re an entrepreneur and the next you’re a criminal.”

Weldon Angelos was an emerging and compelling music producer when charged with selling marijuana in 2002. He suspects that authorities in Salt Lake City, Utah investigated and prosecuted him because of his connections to celebrities like Snoop Dogg. “They thought it would lead to an arrest of a famous rapper, which didn’t happen.”

Angelos hesitates when asked if he has any qualms with his defense attorney. “Here’s the thing: the government made it tough for us to mount an effective defense because they suppressed evidence that we didn’t see until years later; they indicted me on one factual narrative and we prepared a very effective defense to that narrative.”

The narrative was changed unexpectedly as they entered court. Under normal circumstances, he tells me, for 900 dollars of marijuana being sold over 3 transactions, “I wouldn’t have got any prison time.”

After the stacking and enhancement provisions, Angelos was facing 105 years in prison. His defense fought some of those and won, “we got it down to 55 years.”

The prosecution trumped up the charge with “gunstacking” enhancements. Something that Angelos adamantly argues was based on “fabricated” evidence. The original reports never said he had a gun on him during the drug trade and he says that is the truth. The legally owned firearm was found in a locked safe when the police raided his home.

He laments, “Although I wished it would’ve gone better, my attorney didn’t have much to work with.” Angelos is confident that if his trial hadn’t been manipulated, he would have walked out as a free man.

Angelos’ assets and money were seized by authorities shortly after charging him. “They took all my stuff that I had bought with my music industry money.” It left him with little to pay for his legal defense and the lawyer finished by working for free.

The prosecution was so aggressive, it caught the ire of a fellow attorney in the Utah DA’s office, Mike Lee. “When Mike Lee was elected to the Senate in 2010, he became one of my number one advocates.”

Weldon Angelos has seen the progression of criminal justice reform from the inside of a prison cell and as a free man. He has been a benefactor of advancement on the issue, but he has been an advocate for those who are still hurt by the system. The First Step Act was a step in the right direction, but Angelos realizes that more is needed and he plans on being part of the progression.

What Have Past Presidents Done For Wildlife Conservation?