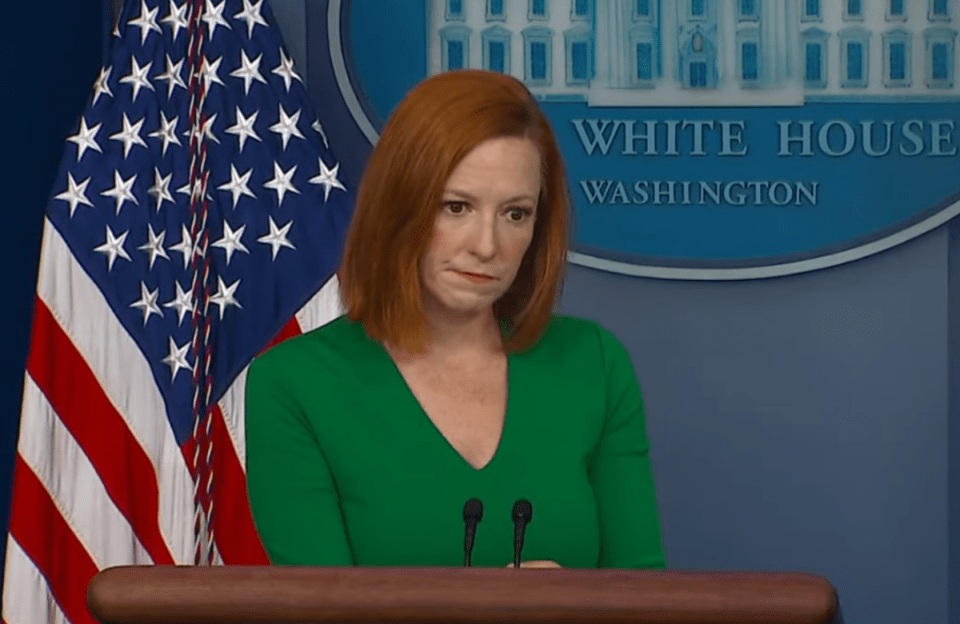 The Biden administration confirms it aggressively works with Big Tech “…to flag ‘problematic’ posts “that spread disinformation on Covid-19” on the internet. George Orwell would call such activity propaganda. Historians characterize such a close working relationship between government and big business as fascism. To the Biden administration, it’s merely cleaning up “misinformation”.

First, a little of the history on this matter before discussing how the Biden administration has opened itself up to significant discovery (written and oral questions under oath) in civil litigation.

On April 15, 2021, ReformtheKakistrocracy.com was one of the first to post an article on Big Tech as a State Actor Having Constitutional Obligations to those whose speech in the public square it denies. At that time, the article had a theoretical evidentiary link based on second-hand media reports. It was part of three articles on breaking up Big Tech without new laws. A second article discussed the fact Congress does not have the constitutional authority to delegate to Big Tech the power to regulate other private parties. The third article discussed how citizens can break up big tech using the techniques of the Left.

Notwithstanding Biden’s broad-ranging Executive Order to twelve agencies to ensure competition in the tech market, it is highly unlikely the Biden administration will seriously take on Big Tech, with new legislation, new regulations, or challenge it in the courts. Big Tech companies are the friends, donors, protectors, and the sycophant speech censor for the Biden administration.

Notwithstanding the rhetoric, if the Biden administration wanted to break up Big Tech, it could bring an antitrust action today. It has not. If Biden wanted to subject Big Tech to lawsuits, he could ask Congress to repeal Section 230 of the Communications Decency Act that provides Big Tech with immunity from suit. Biden would likely have Republican support but he has not asked Congress for help. Or, Biden could direct the FCC to narrow Section 230 immunity through rulemaking by limiting the section to child pornography. He has not directed it. So, more talk, talk and talk from a politician.

To take on Big Tech, other ways must be explored.

The most likely way to take on Big Tech/White House censorship will be in Former President Trump’s class-action lawsuit against Big Tech. Trump claims Big Tech’s close cooperation with the government makes it a state actor. The Biden administration could also join the lawsuit if it truly believes what it claims. It has not.

Trump’s lawsuit has relied on much of the same public information as my April article, which is not sufficient evidence for a court of law.

All that changed with Jen Psaki’s admission, at a press conference on July 15, 2021, that the Biden administration is in regular conversation with Big Tech on censoring “misinformation.” Since the press conference, social media has exploded with commentary on the issue. More commentary is not needed. The White House secretary’s actual words are what people need to read to appreciate how she opens up many lines of discovery in Trump’s civil lawsuit.

A complete transcript of Psaki’s comments on “misinformation” opens the White House to civil discovery procedures.

[The content in brackets in the brackets after Psaki’s statements identifies the information that could be obtained through civil discovery.]

Alex: (16:19)
“Thanks, Jen. Can you talk a little bit more about this request for tech companies to be more aggressive in policing misinformation. Has the administration been in touch with any of these companies and are there any actions that the federal government can take to ensure their cooperation? Because we’ve seen from the start, there’s not a lot of action on some of these platforms.”

Jen Psaki: (16:38)
“Sure. Well, first we are in regular touch with these social media platforms and those engagements typically happen through members of our senior staff, but also members of our COVID-19 team. Given as Dr. Murthy conveyed, this is a big issue of misinformation, specifically on the pandemic.”

Jen Psaki: (16:57)
“In terms of actions, Alex, that we have taken, or we’re working to take, I should say, from the federal government, we’ve increased disinformation research and tracking within the Surgeon General’s office. We’re flagging problematic posts for Facebook that spread disinformation. We’re working with doctors and medical professionals to connected medical experts who are popular with their audiences with accurate information and boost trusted content. So we’re helping get trusted content out there.”

[Possible Civil Discovery: Identification of all disinformation being conducted and tracked by the Surgeon General’s office, all post flagged for Facebook, the identity of all “trusted” doctors and professionals who will do the outreach.]

[Psaki discusses other issues not relevant to Covid – 19 “misinformation.]

Jen Psaki: (17:27)
“We also created the COVID Community Court to get factual information into the hands of local messengers. And we’re also investing, as you’ll have seen, in the President’s, the Vice President’s, and Dr. Fauci’s time in meeting with influencers who also have large reaches to a lot of these target audiences who can spread and share accurate information. You saw an example of that yesterday. I believe that the video will be out for tomorrow. I think that was your question, Steve, yesterday, full follow-up there.”

[Possible Civil Discovery: Identification of all local messengers and influencers who share the administration’s version of the facts. Discovery would also include the soon-to-be-released video, who made it, what information was relied on in making it, and What is the COCID-19 court, what will it do and who is on it?]

Jen Psaki: (17:56)
“There are also proposed changes that we have made to social media platforms, including Facebook. And those specifically are four key steps. One, that they measure and publicly share the impact of misinformation on their platform. Facebook should provide, publicly and transparently, data on the reach of Covid – 19 vaccine misinformation. Not just engagement, but the reach of the misinformation, and the audience that it’s reaching. That will help us ensure we’re getting accurate information to people. This should be provided not just to researchers, but to the public so that the public knows and understands what is accurate and inaccurate.”

Jen Psaki: (18:32)
“Second, that we have proposed that they create a robust enforcement strategy that bridges their properties and provides transparency about the rules. So I think this was a question asked before. There are about 12 people who are producing 65% of anti-vaccine misinformation on social media platforms. All of them remain active on Facebook, despite some even being banned on other platforms, including ones that Facebook owns.”

[Possible Civil Discovery: Identification of what the administration considers an appropriate, robust, enforcement strategy Facebook should undertake?  Also, what is the identity of the 12 people producing 65% of anti-vaccine misinformation and the specific misinformation?]

Jen Psaki: (18:58)
“Third, it’s important to take faster action against harmful posts. As you all know, information travels quite quickly on social media platforms. Sometimes it’s not accurate, and Facebook needs to move more quickly to remove harmful violative posts. Posts that will be within their policies for removal often remain up for days. That’s too long. The information spreads too quickly.”

[Possible Civil Discovery: Identification of the administration’s discussion of what does it want Facebook to do “more quickly?” Additionally, what does the White House consider a quick removal, and how does it determine what “misinformation” should be removed?]

[The Information Quality Act requires Federal agencies to comply with data quality guidelines to ensure and maximize the quality, utility, objectivity, and integrity of the information disseminated by the Federal government.]

Alex: (19:45)
“One of the problems with vaccines right now is that they have become politicized. The White House has obviously made the calculation that it’s important to be more aggressive in confronting this information, but is there at all concern that that could backfire and further contribute to politicization? And is there anything that you can do to prevent that at this point?”

Jen Psaki: (20:02)
“Well, you’re absolutely right, I should say, Alex, in that we have to be very careful and we are mindful of being quite careful of not politicizing the effectiveness of vaccines. The fact that they can save lives, young people, old people, middle-of-the-road people. It’s important for us, we’ve made a calculation, to push back on misinformation. You’re right.”

[Possible Civil Discovery: Identify all the information relied upon in making the calculation to push back on misinformation? Who reviewed the data to make that determination and was all the data subject to the guidelines of the Information Quality Act?]

Jen Psaki: (20:22)
“But that’s one of the reasons, as Dr. Murthy was conveying, we have empowered, engaged, funded local voices because they are often the most trusted voices. Doctors, medical experts, clergy, people who are civic leaders in communities. That’s where we are putting most of our resources, even as we are working to combat misinformation that’s traveling online or traveling, unfortunately out of the mouths of elected officials from time to time.”

[Possible Civil Discovery: Identification of all local “trusted” voices to be participants in the administration’s outreach, as well as what resources the administration deploying and the cost of such effort?]

With the July 15, 2021 press conference, Jen Psaki, opened up the administration to answer questions under oath in a civil deposition or by written question. This discovery will likely be used by Trump’s attorneys. With even reasonably good lawyering, the public will discover what the Biden administration believes is misinformation and what is good information, who possesses which type of information, and the rigors of ensuring “good information” is tested against the Information Quality Act. It will also let the public know what information the Biden administration wants us to know is the “truth.” That by itself will be interesting in a day when 58% of people believe media has become “the enemy of the people.” 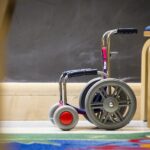